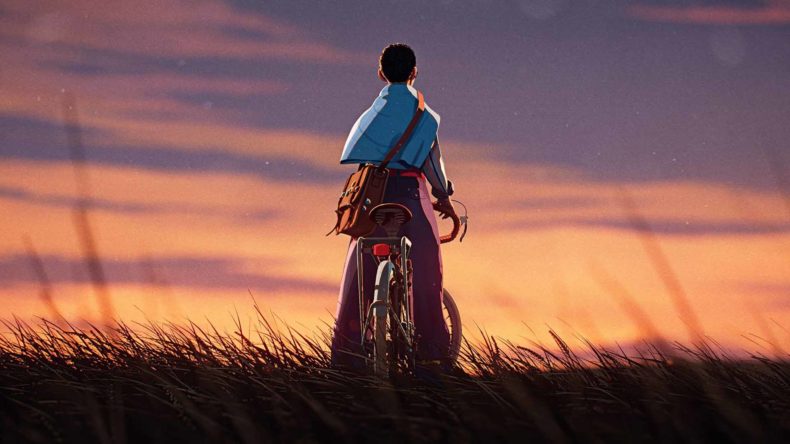 After looking the business now for quite a while, we now have a release date for SEASON: A Letter to the Future from Scavengers Studio: January 31st, 2023.

Here’s the new launch date announcement trailer for SEASON: A Letter to the Future:

In Season: A letter to the future, you play as a young woman from a secluded village exploring the world by bike for the first time, collecting memories before a cataclysm washes everything away. Season is a quest to discover a new world; one unknown yet familiar. Document, photograph, and record life as you find it, while you still can.

The gameplay of Season: A letter to the future focuses on exploring, recording, meeting others, and unraveling the strange world around you. At any point, you can hop off your bike and equip a recording tool from your bag. Each captures a different element; sounds and music, art and architecture, voices of old people, vanishing religious practices, the traces of seasons long past. Your tools help you examine the world more closely until you’re able to grasp the culture, history, and ecology underneath everything.

Margherita Seconnino, Producer, said “It has been an absolute privilege to support the team delivering Season. It has been more than a game for us; it’s a labor of love that stretched over a few years and several continents, bringing incredible talents together. We want to deliver an experience that speaks to you as it spoke to us, and we hope we manage to achieve that”.

The PS5 version will also make use of some of that system’s features, as follows:

News
Season: A Letter to the Future

Editor-in-Chief.
MORE LIKE THIS
Season: A Letter to the Future

Season: A letter to the future trailer reveals story and characters