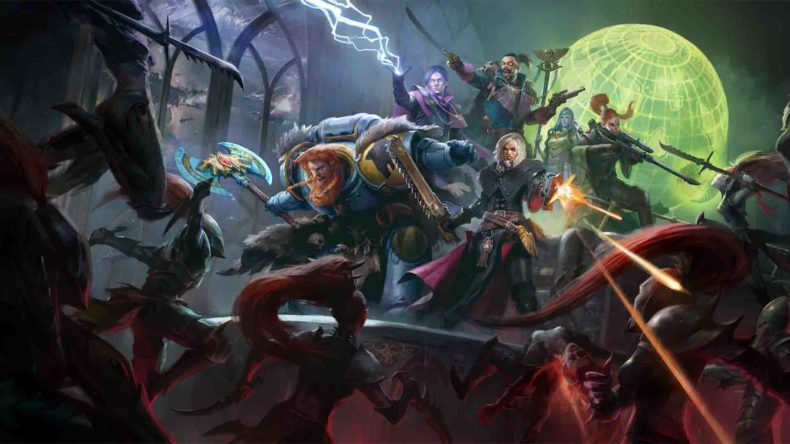 Owlcat Games has announced that the closed alpha for Warhammer 40k: Rogue Trader, the cRPG, has gone live for early founders who purchased the developer’s digital pack, or collector’s edition.

Owlcat Games recently unveiled a new gameplay trailer during the PC Gaming Show 2023 Preview, showing off the Warhammer 40k: Rogue Trader mechanics, which you can see below:

Warhammer 40,000: Rogue Trader is the first cRPG set in the legendary grim darkness of the far future of Warhammer 40,000. Set to be released on PC and consoles, the game features turn-based combat and is being produced in close collaboration with Games Workshop.

Here’s a list of locations you’ll be able to visit in the game:

Players will travel between worlds through the warp, repel pirate attacks in open space, explore new planets, and found colonies – all from aboard the Rogue Trader’s majestic voidship housing thousands of subjects and crew members.

On their journey, the Rogue Trader will receive assistance from their companions – their loyal Seneschal, a Tech-Priest of the Adeptus Mechanicus, the ship’s Navigator, an Interrogator of the Inquisition, a Battle Sister of the Adepta Sororitas, a smuggler, a diviner psyker, and even a xenos. However, it is up to the player to decide if they want to build solid relationships with their crew, help resolve conflicts between party members, or leave them loose!