Tchia is a freeing and soul-searching adventure | Hands-on preview 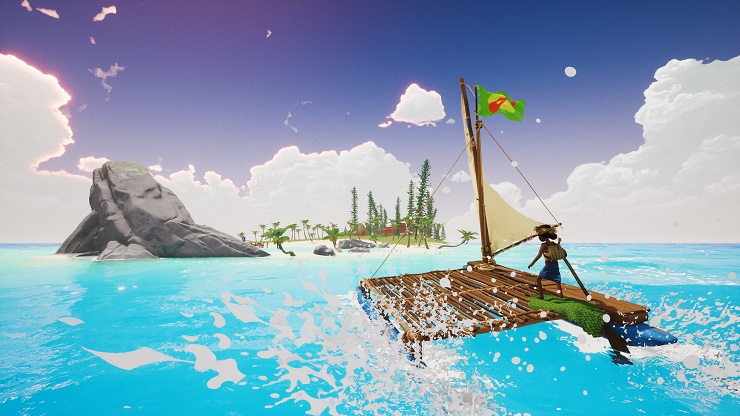 In August last year, I was introduced to Tchia, courtesy of a hands-off preview led by the game’s director, Phil Crifo. Up until that point, I’d heard nothing about it, but you know when a game comes along and you just know there’s something special about it? Well, that’s what I thought about this. It’s still unfinished, and I did have some concerns about its direction, but there were plenty of times while playing that I got a sense of just how smart and freeing this soul-searching adventure was.

Story-wise, it’s your goal to stop an evil despot named Meavora and rescue your father, but I was dropped in at a point where the story took a backseat and its focus was on exploring the archipelago. Inspired by New Caledonia, a small island in the Pacific Ocean, I was fascinated by the culture and lives of those living there, just as much as I was by the wildlife and scenery. It’s a beautiful place, made up of islands home to people with different traditions, and I became immersed in every facet of it.

I got strong Moana vibes while playing as Tchia, not just because she looks like her, but her whole outlook resembles that of the daughter of a village chief. She’s a girl who loves the island, its sea and its people, and there is a sense that the sea calls to her. While Motunui is a fictional place, it’s assumedly set in the same area of the Pacific Ocean as Tchia is, and it gave me more of a reason to play by how gorgeous it looks. The art style might not be as refined as The Legend of Zelda: Breath of the Wild, yet it was another inspiration I saw threaded throughout my time with the preview. 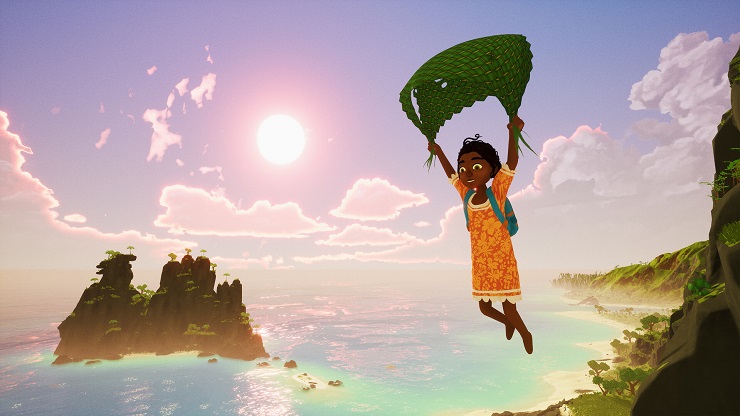 There’s so much to do and see in Tchia, and while it was never completely clear what I needed to do, I had a lot of fun exploring the island. It can be tricky getting around as a human, mainly because of the tall mountains and cliffsides that filled up much of the inland, but there’s a particular ability that made these challenges easier to overcome. Soul Jumping allows Tchia to take on the mantle of a number of various animals from crabs to fishes to birds, and when controlling the latter, you can fly high above the islands to reach higher places, if only until your soul meter runs out.

It’s liberating to see the dense forests and plant life start to disappear as you soar through the sky, and one of many reasons I enjoyed my time with the Tchia preview. On land, you can jump into the body of a deer or a warthog, either running at great speed or digging for treasure in the sand. I didn’t get to see every animal available, but it’s a wonderful ability that isn’t strictly limited to the living. You can jump into rocks or lanterns, which can help when being creative in wiping out some of Meavora’s minions. The emancipation of human restrictions isn’t just a fun mechanic, it’s a helpful tool in combat and traversal.

Stamina plays a part in everything you do, but this can be improved by eating certain fruits. Whether you’re gliding through the air, swimming underwater, or climbing mountains and trees, your stamina gauge depletes. In other games, this can be frustrating, but there’re certain skills that make it less of a hindrance, such as swinging from treetops to gain distance across the islands. Combined with Soul Jumping, and there was rarely a moment I struggled with it. Getting around in your boat is also a useful tool, and the attention to detail in doing so was cool. You don’t just get on and press a button, but rather raise the mast, hoist the anchor, and use the helm to control movement. 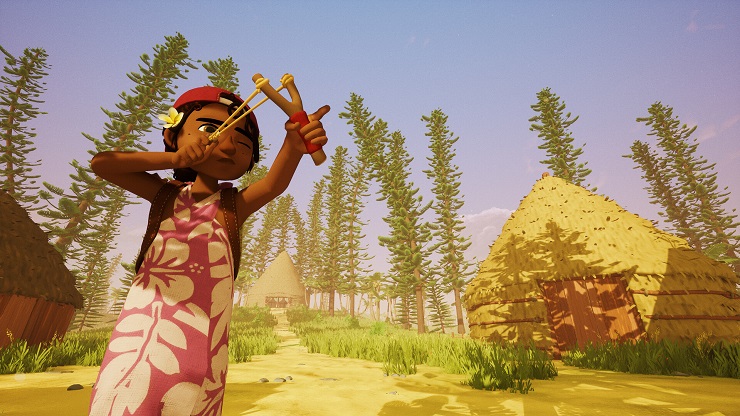 On your travels, you’ll cook and feast on local delicacies, find collectables, and take part in minigames that help you pass the time. You’ll also ‘synchronise’ with certain areas a la Assassin’s Creed to find new things to do, such as build rock sculptures. While the playing field isn’t huge compared to other open world titles, there’s little direction or support for Tchia. One thing that did bug me was how my place on the map was never shown, only an area where I probably was. Unless I missed something somewhere, I was never completely sure of my location, and when the mini-map or compass doesn’t stay on screen (you either bring it up by pressing the right analogue or go into your menu), it gets a tad frustrating.

My objectives in the quest line were never clear, either. I’d finish one mission and then have no idea where the next one was. Scouring the map might bring up something, but these moments passed the point of being liberating and bordered on obscurity. I’m hoping when Tchia gets a full release, these confusions will be cleared up, and if I have missed something in the preview, you can call me stupid. Regardless, the joy I had in Tchia far outweighed these fixable issues. Did I mention you can poop as a bird? Yep, everything is made better by happily dumping on an unsuspecting villager.

Tchia has a lot of good going for it. From the outstanding traversal mechanics and the ability to Soul Jump, to the sense of exploration and freeing nature it offers, I loved my time with it. While waypoints don’t exist, and some quests are ambiguous and lack support, there was still a lot to gain from finding your own way. It’s a beautiful world inspired by a beautiful culture I knew very little about, but I can’t wait to spend more time exploring the archipelago and playing my ukulele to my heart’s content.

Video games are cool. Don't let anybody tell you any different.
MORE LIKE THIS
AwacebfeatPreviewTchia