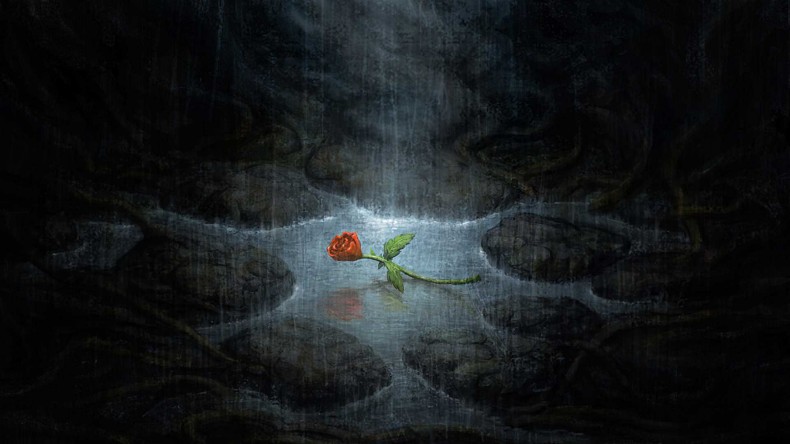 Horror is probably my favourite genre of all. Ever since the likes of Resident Evil and Silent Hill, developers have pushed the boundaries of what is possible, and what devices can be used to terrify the gamer. Everyone has a preference, but I’m a huge admirer of psychological horror, the kind where you are scared by what you don’t see – the subtlety of faint screams and sounds, games that play with your sanity and do their damnedest to put you in a constant state of unease.

Amnesia: The Dark Descent is a perfect example of psychological horror, and does an excellent job of playing with your mind. You are a man called Daniel who’s woken up in a huge castle with no recollection of why or how he got there. As you explore more of the castle, you start to read Daniel’s diary entries, and see flashbacks to previous conversations and memories that give you clues as to what’s going on. Holding on to your sanity is the most important aspect of The Dark Descent; staying in the dark for too long will result in Daniel seeing things that aren’t there, like doors flying open, cockroaches moving across the floor and the screen, and your vision blurring – failing you in every way. There are tinderboxes scattered around and by using these to light candles or torches, you can claw back your rationality; the great thing is, they’re not in abundance so you need to be smart when choosing which candles to light. You get access to a lantern, but that needs oil and again, it isn’t always available.

There’re plenty of puzzles as well, and there are plenty of items you’ll pick up to build certain things, such as a hand drill, and they’re used all around the castle to progress to the next wing or room. As you get further into the castle, a new threat rears its head, and there are times when you need to hide in the dark or a wardrobe – anywhere you can find solace for a few tense minutes. These interactions are wonderful and are random; you can be wandering around an empty room, and the moaning of this strange figure can be heard behind you, forcing you to escape as fast as possible. You’ll end up questioning why the door you opened is now shut the next time you see it, or if that was the sound of a woman screaming or just a gust of wind at the window. There’s a bit where you read about some awful experiments on animals, and I’m sure you hear a dog barking uncontrollably, but it could have been me imagining things. Bits of anatomy appear in the castle, like legs hanging out of a water feature, and you’ll wonder if they’ve always been there or not. As well as making sure Daniel stays sane, you’ll also be doing the same with yourself.

Amnesia: The Dark Descent’s design feels very Lovecraftian, and the gothic horror of the castle paired with the events that unfold inside make it a definite purchase for those of you who love a horror game based on more than jump scares and blood. The diary entries and the other pages of books found inside the castle flesh out the world of Amnesia, and lend plenty of background and depth to its well-designed world.

Amnesia: A Machine for Pigs is developed by The Chinese Room; it’s a lot sharper than The Dark Descent, although it doesn’t do as good a job as its predecessor. You’re Oswald Mandus, an industrialist and inventor who wakes to find his children are in danger. There’s more of a narrative and its story is really rather chilling. The design is much clearer and detailed, and The Chinese Room has managed to build a creepy as hell house with hidden corridors and puzzles that are the game’s best attribute. There’s no sanity mechanic, which is a shame because it made the original so great, and lights can be switched on without the use of tinderboxes, along with a lantern that can be used without the use of oil. These are some of the things that made The Dark Descent more of a challenge, but for me personally, the story this time around is better, and the machine is horrific. The Chinese Room’s penchant for exceptional writing is once again prominent in their take on Amnesia.

Amnesia: Justine is much shorter, and easily the weakest of the collection, but it’s still a pretty good inclusion. You are a woman called Justine who wakes up in a cell and must get through a collection of psychic tests. One of the coolest features in Justine is perma-death; if you die in the game, you have to restart all of the tests you’ll face; just like the movie franchise Saw, you must make some tough decisions to progress, and it’s a nice take on Amnesia.

If you are looking for a collection of horror games to play on PlayStation 4 that offer some great mechanics in a finely designed Lovecraftian nightmare, the Amnesia Collection is a definitive purchase. The original may not hold up visually, and A Machine for Pigs does have a few framerate issues, but nothing to affect your enjoyment. Frictional Games kicked off with The Dark Descent over 6 years ago, and it’s great to see them finally arrive on console.

This collection gives you an authentic horror experience: tense moments, a feeling of helplessness, and an environment you can’t help but exist in, even though you wish you were anywhere else.