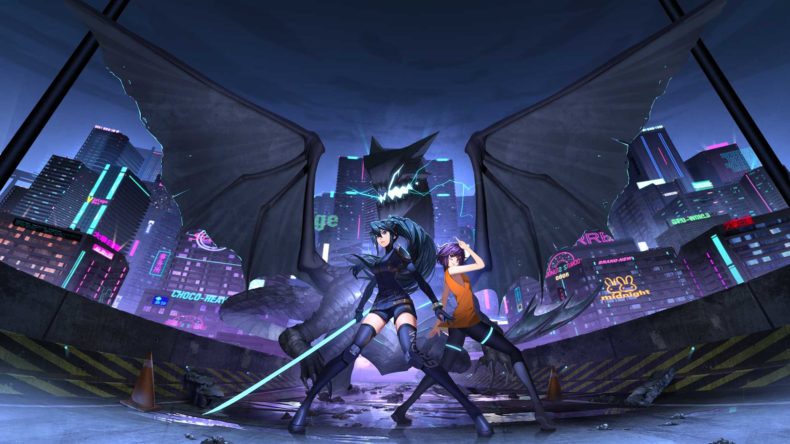 Sometimes the hardest thing for an indie game to do is stand out from the crowd. Whenever a big trend hits, small-time developers clamour for handfuls of the coattails in a bid to be the next darling. Since Cyberpunk 2077 started stealing headlines years ago, that style and setting has been adopted by numerous indie games with varying degrees of success. Of all the ones I’ve played, ANNO: Mutationem is the one that has grabbed my attention quickest.

Obviously, such praise requires a little qualification for the sake of balance. I’m not saying that ANNO: Mutationem is the best of the bunch, necessarily, but it does far more with the Cyberpunk setting and aesthetic than many games created by larger, more experienced developers. For a start, it doesn’t just pepper everything with neon, drop in a sassy protagonist, an evil megacorporation and clock off for lunch. There’s a little more to it, and a surprising amount of depth to both the gameplay and the narrative. 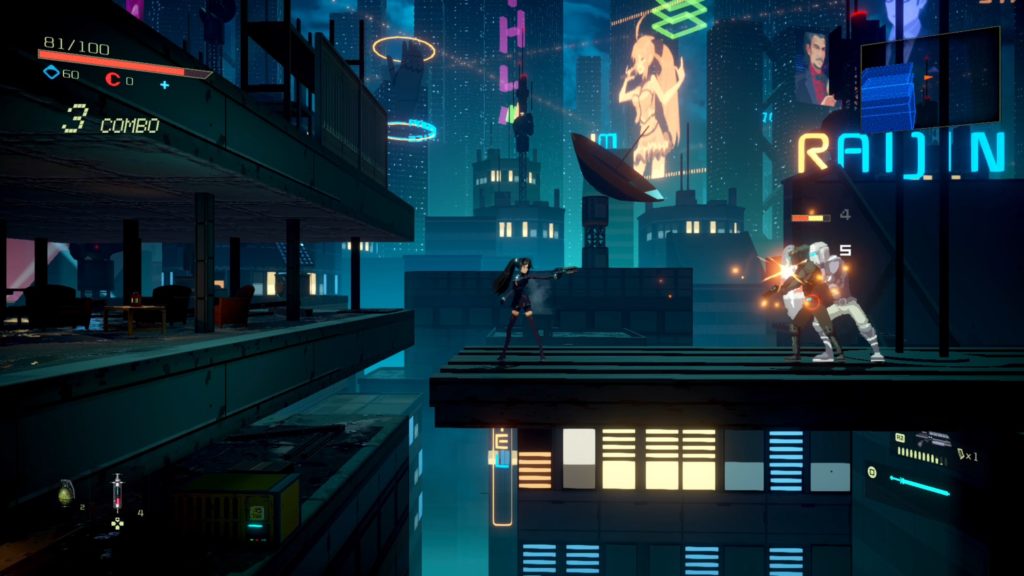 You play Ann Flores, a security and combat specialist living in the futuristic Skopp City. The plot follows the disappearance of your brother Ryan and your subsequent search. Unlike many protagonists of this genre, Ann is no loner. She has a family, such as a sister who owns a bar in town, and a father who now exists inside a robot body. She has friends and allies, works with local law enforcement, chases bounties, and even has her own Dr. Rick allegory in the form of Alan Doyle.

The latter is attempting to understand a rare condition she has called “Entaglitis”, which is never fully explained. The gist is gives her super sharp combat abilities, but also enhances her rage and causes her to hulk out. As a result, Doyle has integrated a device in her combat suit that helps to control it. 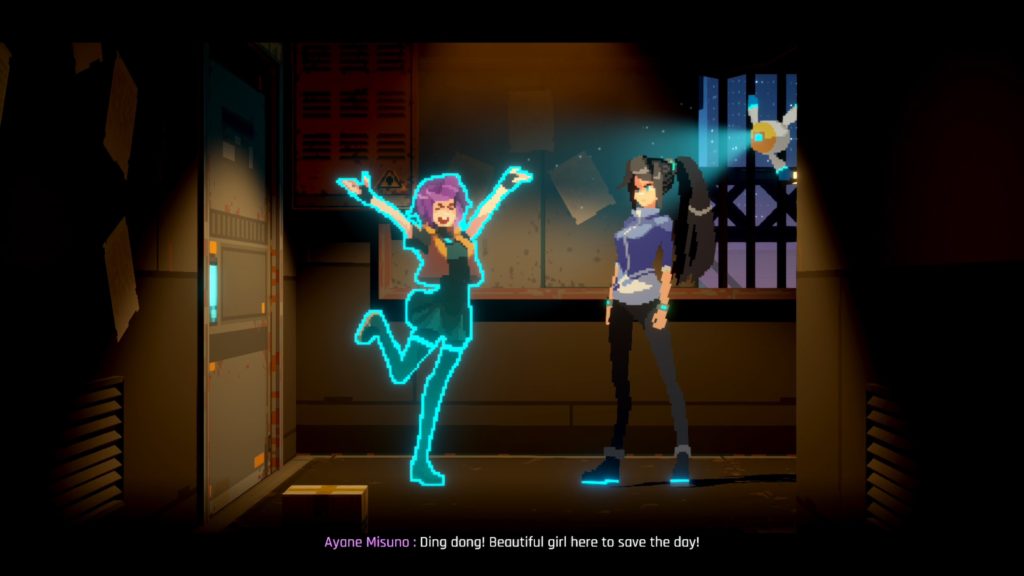 ANNO’s world is well-realised and fleshed out. The game is split between two planes: 2D and 3D. Combat missions take place in the former, as you jump, roll, slash and blast your way through side-scrolling Metroid-style scenarios. You’ll deal with thugs and robots, monsters and bosses. Armed with a parry counter, heavy and light attacks, and a pistol, Ann is pretty handy in a fight. All is upgradeable, too, either through skills she develops or modules you can find or craft.

If anything, it’s here that ANNO is a little weak at times. Although the combat is flashy, fluid and stylish, the jumping in particular can feel stilted. Some enemies can attack or run right through your combos, which is always a pain, while some are almost impossible to kill if you run out of ammo as you can’t reach them. In sections where your progress is halted because you can’t kill an annoying flying drone, this becomes more than a slight annoyance. 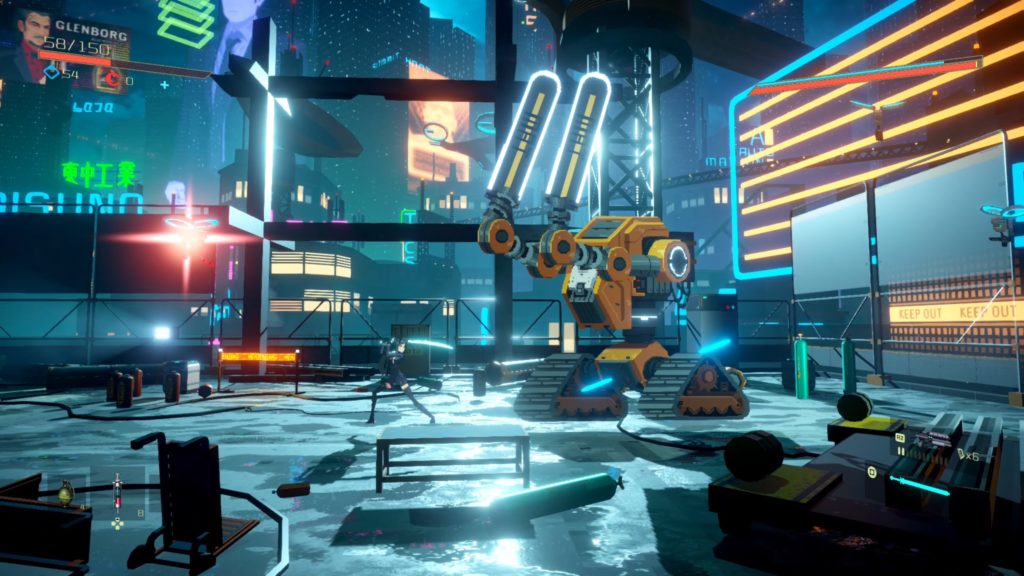 The other half of ANNO: Mutationem is spent in the 3D hub cities. Here you can roam the streets, enter shops and buildings, speak with NPCs. You’ll be given sidequests and errands, find hidden collectibles, and flesh out the story and world. Ann is a genuinely good person and doesn’t come across as overtly sassy or aloof as is often the case with characters like her. Her sidekick, Ayane, communicates through a drone that follows Ann around. She’s there for comic relief in the occasional moments when the story gets dark, although she also comes across as aggressively horny half the time, so go figure.

Side jobs and activities inject more things to find and do. You’ll help solve crimes, tend bar for Ann’s sister, or find retro arcade cabinets where you can play games like Pong for no reason other than that it’s fun. My biggest complaint is that there’s maybe a little too much stuff in it, and that can make for an experience that feels a little cluttered. It’s not great at explaining what everything does, and when you’re picking up so much loot in the form of crafting materials and collectibles it would be nice to understand why and what they do.

There’s also the issue of awkwardness when switching to the 3D space. Ann can easily get stuck on objects like stair railings and doorways, which isn’t game-breaking but can be annoying. And the solutions to some of the side missions are too obscure. The first crime you help with, for example, had me running around in circles trying to investigate what the game told me to, and I ended up accidentally solving some other issue in the process almost arbitrarily. The immersion takes a hit when this happens, or when the game insists on making you watch Ann ride elevators without even turning on the muzak.

As a first time release for a new indie studio, ANNO: Mutationem deserves praise and attention. The title might sound like a pretentious synthwave album name, but the world-building, writing, and action make up for the few shortcomings in design. As it stands it’s a confident, compelling adventure through a rich new world, and I hope we see more of Ann and Co. in the future.

ANNO: Mutationem is an enjoyable cyberpunk adventure with enough confident swagger to distract from its shortcomings.