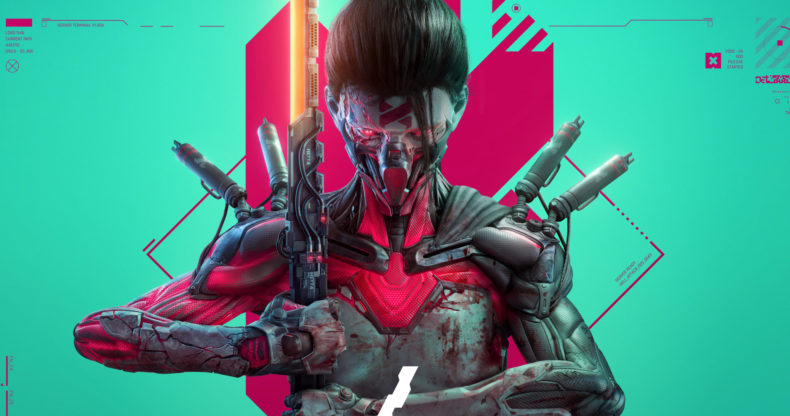 I struggled a fair bit with Ghostrunner during the review process. While I couldn’t – and still can’t – fault the steep difficulty, I did feel that it relied just a little too much on trial and error. The first main boss, in particular, was really more of a puzzle. Tasked with navigating a maze of lasers and whirling platforms, where each death would send you back to the last checkpoint, I eventually succeeded through sheer muscle memory alone. I’m sure my death count was in the region of 1400 by the time I staggered, battered and bruised, into the final credits. Ghostrunner: Project Hel is, right off the bat, more of the same.

Which isn’t necessarily a bad thing. The boss fight against Hel in the original was one of the high points, and was certainly my favourite boss encounter. Again, it required a lot of trial and error and the ability to commit each and every dodge, block and counter to memory. But it being a one-on-one fight against an opponent quite literally designed to be too much for you gave the eventual victory that much more weight. 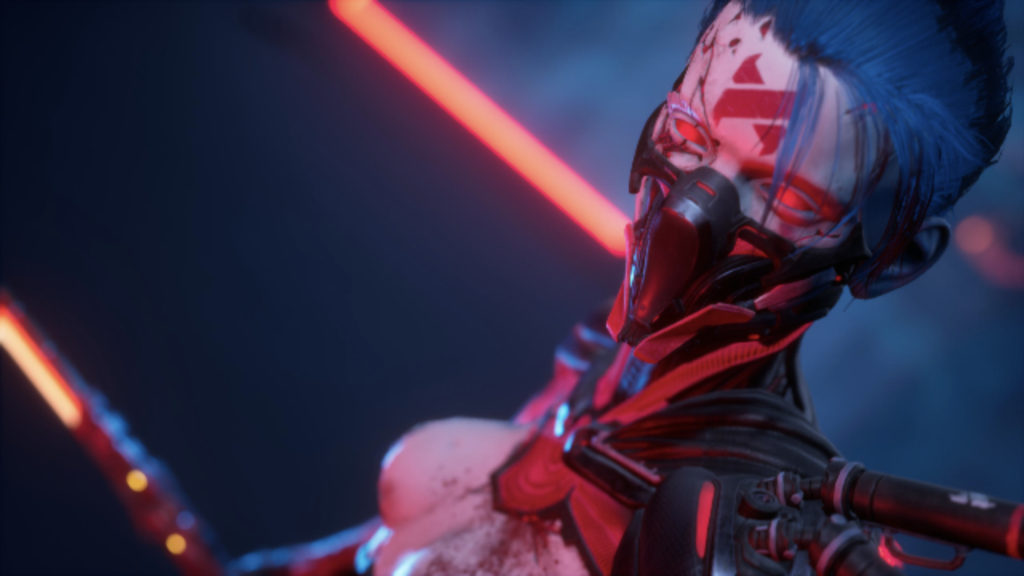 In Ghostrunner: Project Hel, she becomes your protagonist. This takes place just before Jack wakes up and begins his quest to ascend Dharma Tower. Hel, in direct opposition, is tasked with descending the Tower. While Jack’s goal is to slash his way through Dharma’s security forces and reach the final confrontation at the apex, Hel’s is to plummet like a spear wrapped in barbed wire, eviscerating any Climber she meets on the way.

For a character so similar to Jack in many ways, she is actually his polar opposite. Where he is a former cyborg ninja breaking his programming to stand against his corrupt creators, Hel is so intensely galvanised by her programming that the thought of rebellion never crosses her mind. She is a killing machine, plain and simple.

As you awaken, the disembodied voice of Mara – one of the main antagonists of the original adventure – presents questions to gauge Hel’s allegiance. These are moral choice questions that can’t be easily sorted into right or wrong. And yet, somehow, every one of Hel’s responses is morally reprehensible. She is not a good guy. She is a stone-cold killer. And while that should alienate the player, it never does. 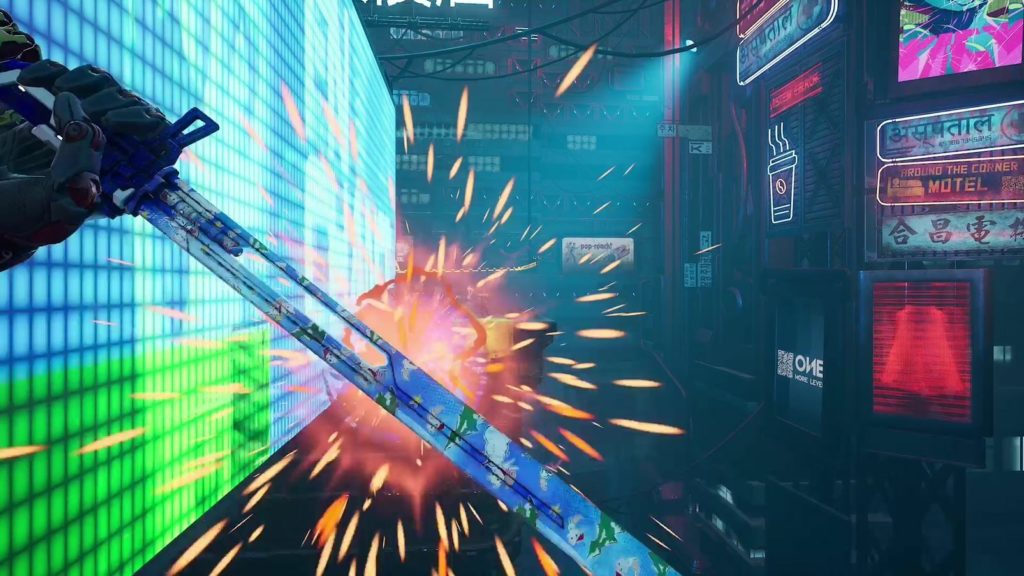 It’s helped by the fact that she begins the game much more powerful than Jack. She feels faster, has a very useful mid-air boost move, and a recharging shield that can afford one free hit. You activate it by building a rage meter, which in turn is generated by killing hapless goons. It’s a simple system, and one that gives you an edge here and there without ever becoming something you truly rely on.

But starting in an almost overpowered state means that you will quickly unlock powers that make the DLC much easier than the original. Hel’s upgrade system is different to Jack’s, and allows her to develop in different ways. She gets stronger and faster, sure, but also develops the ability to see through walls, for example. And you can imagine how incredibly useful that feature is.

That said, the difficulty is still skewed heavily against you. Each section is still an exercise in trial and error until you work out and nail the correct route through a room. Actually, it’s not necessarily about finding the correct route. All routes that lead to success are viable; it’s more about finding a line through the carnage and committing it to memory, death by death. 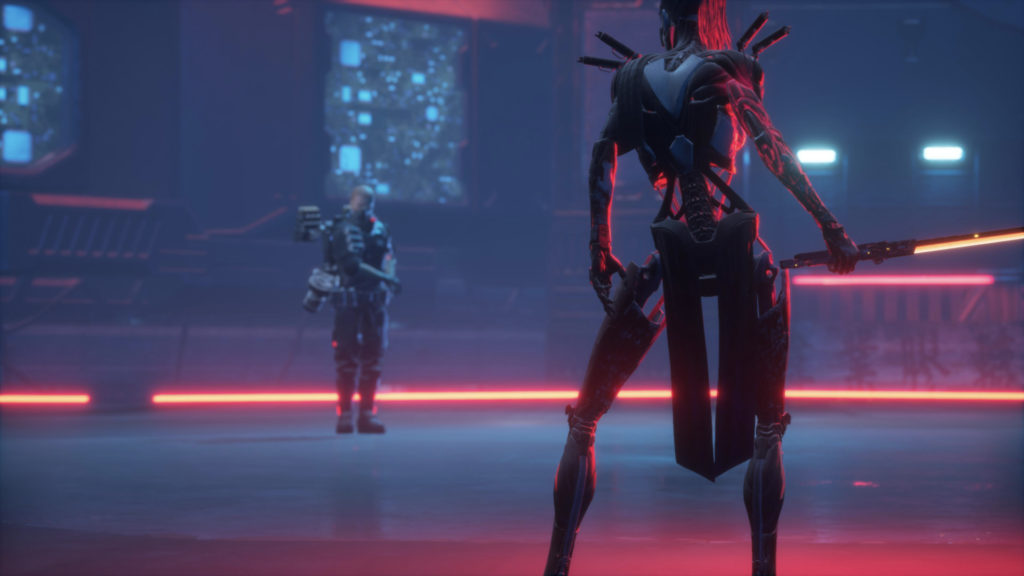 Hel’s mid-air boost is almost a teleport, allowing you to reach distant platforms or slam down right beside an enemy. Sadly, it comes with a few issues. Firstly, it’s easy to misjudge in a rush. Secondly, it does weird things to the game sometimes. More than twice I found myself catapulted outside the map due to an unpredictable glitch.

One of Ghostrunner’s greatest strengths was the millimetre-perfect platforming, and Project Hel lacks some of that polish. It also lacks a lot of the substance. I don’t know if it was just that Jack was slightly easier to relate to, but I didn’t get the same sense of character or catharsis from Project Hel. Ostensibly, it’s very similar – but it lacks something I struggle to identify.

It’s also over very quickly. Even with all my deaths I was done in just under 3 hours. There are two bosses, but none of them are of the same calibre as the fight with Hel herself in the original Ghostrunner. Again, they’re not easy, exactly; they’re just not all that creative, either.

If you’ve consumed every Ghostrunner-shaped morsel already released ans are still hungry for more, Project Hel will scratch that itch. It’s an intense first-person action game with the same brutal combat and gloriously thumping soundtrack we loved in the original release. But it is very much more of the same, and those looking for something revolutionary won’t find it here.

Quite short
Glitchy in places

Ghostrunner: Project Hel is an intense slice of DLC that feels a little too similar to the original to truly excite.