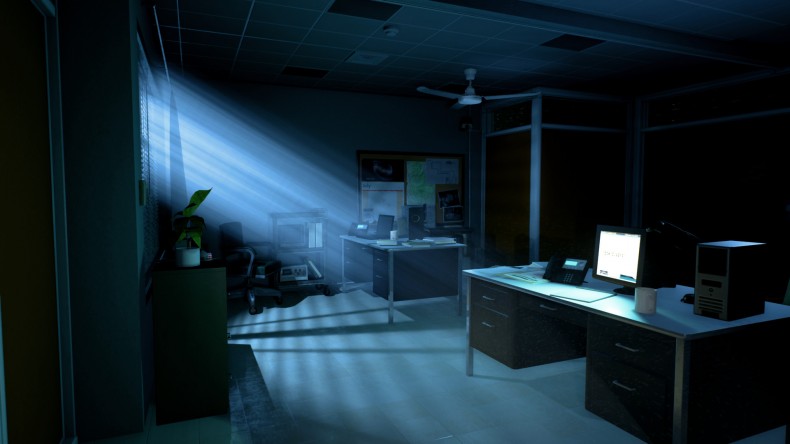 According to Nilo Studio’s official website, their first game is “the pilot episode of a mind-bending franchise inspired by The Twilight Zone, The X-Files and the Black Mirror Television series.” It sounds exciting, but I’m afraid it falls well short of being as entertaining as any of its inspirations.

What players actually get here is an extremely short PT-esque mystery puzzler which matches neither the atmosphere nor the creativity on show in Kojima and Del Toro’s collaborative effort. That’s not to say it’s a badly made game, on the contrary, the Unreal 4 engine creates some lovely looking locations and the sound and music are all on point. It’s just that, for all its style, it never reaches anything even approaching a satisfying ending or cliffhanger; it doesn’t answer any questions about itself, leaving the player pretty much none the wiser. I understand that it’s billed as a first episode but that doesn’t really cut it when you’re paying for the experience, you can make lofty promises about the future of your series but some of that promise needs to be here, now, in what the player just paid for. It’s very hard to talk about Asemblance without spoiling what little it has to spoil but the basic jist is that you’re in a lab where the Asemblance Project has, or is, taking place. Considered a replacement for traditional therapy, the Asemblance project enables patients to revisit memories in order to deal with psychological problems. Rather than talk to a psychiatrist, patients are imbued with the ability to physically move through memories, rewiring their brains, reactivating forgotten elements and “darkening” things they’d rather forget in order to cure whatever psychological problem they are suffering with. Honestly, even that brief overview feels like I’ve ruined a large part of what you’ve got to discover here.

Let’s not be too harsh though, it’s an intriguing premise and, as you get underway, it’s an exciting setting and idea to play with. However, the inescapable fact is, once things get going it very quickly becomes apparent that there really isn’t a lot going on. Yes there are documents, pictures and audio recordings laying around for you to pore over, tingly piano music in the background making you feel as though you’re piecing together some great mystery and at certain moments it threatens to get interesting, but it never takes off. The gameplay is also very simple. You access memories which serve as locations to search around, of which there are three, all of them very small, in order to piece together what’s happened and why an emergency alarm seems to have been triggered. In practice this amounts to walking around small locations pressing X and zooming in on things to trigger the next part of the memory. This is all well and good when you can make the jump to what should be happening next but when you get stumped it quickly becomes an infuriating exercise in pressing against and zooming in on everything. I realise these are all criticisms that you could aim at the very well received PT, but, the fact is that PT was cleverer, harder, scarier and cost nothing at all to play.

I want to say Asemblance is an interesting little game, a clever opener for a new series, worth the small price tag. But as clever as it wants you to think it is, there’s no getting over the fact that the reality of what you have here is very little and as much as future episodes may or may not deliver, the here and now of Asemblance leaves you with more questions than answers, and not in the way Nilo intended.

The here and now of Asemblance leaves you with more questions than answers, and not in the way Nilo intended.