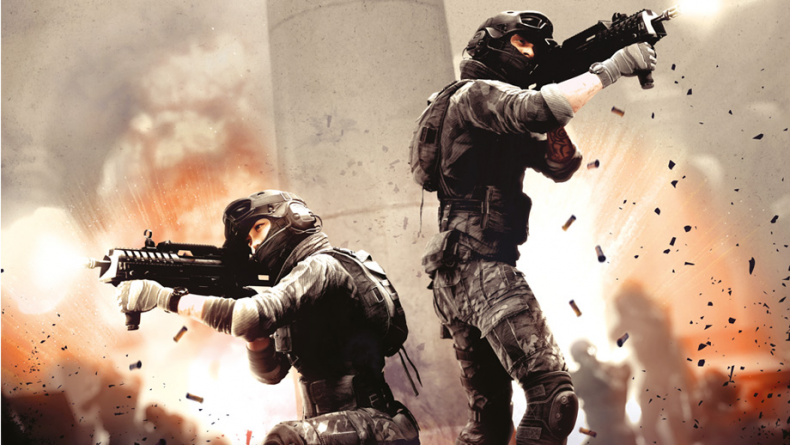 From the trailers to even the box art, Bravo Team had some promise to it, and if it hadn’t been for Supermassive’s mediocre last release The Inpatient, there may have been some kind of hype behind this. Unfortunately – within ten or so minutes of playing, the flaws already begin showing, and the disappointment starts to sink in. On the surface, it looks like a cross between Rainbow Six, Modern Warfare, and a sprinkling of Counter Strike thrown in to boot, however, when you start to see how dull everything is, how poor the accuracy is when using Move Controllers, and terrible enemy AI among other things, there’s really no reason to give this game any time, sadly.

The campaign isn’t very long at all, and it can be played in co-op or on your own, with a story that lacks any real impact or narrative. Your escort mission goes wrong when your transport is attacked, and from there on out your tasked with traversing through war-torn Eastern Europe. Everything is so murky, and the abundance of brown, dark grey and muddy green makes everything look drab. Not only that, but the waves of enemies you face can become hidden amongst the colours, and not in a ‘smart camouflage way’, but more a ‘blurry, foggy way’. To put it bluntly, the visuals are very rough, and they shouldn’t be. As for the enemies, you rarely get any different types, sticking with the familiar tropes of shooters such as the standard soldiers, the burly, and the armoured. There are a few others, but by the time they’re introduced, it’s too late. Enemies are harder to kill thanks to poor accuracy tracking. Now, I wasn’t using the VR Aim Controller that was first introduced in Farpoint, but that shouldn’t matter. Getting the infrared sight to aim at an enemy can be difficult, and with the frustrating cover system, it becomes a chore. Playing with a standard DualShock ended up being my controller of choice, and it did make things slightly better.

There is no free movement in Bravo Team. Instead, you can select various cover points to move to. Some obvious points can’t be selected, and the ones that can make you do something that completely rips you out of the action. When you’re selecting your next spot to hide behind, the camera comes out of its first-person viewpoint and sits behind you, making you watch your generic soldier move there. It rips you out of the action, and doesn’t make any sense. Distances are short, so it seems a redundant feature to incorporate into the movement. When you’re stationary behind your cover, movement is OK, but it’s restrictive. You can move your head around to look around the cover, and you can blind fire from behind it. while pressing a button to stand up gives you a better chance of downing your enemies. The problem is, you’re never sure when you’ve killed everyone in a particular area so you never know when to move on. Moving from cover to cover to move takes time, and feels so pointless when a ‘run to the next area’ option would be much appreciated. This game gives you slightly more freedom that Time Crisis, but that’s the thing: it makes me want to go and play Time Crisis – it’s that disappointing.

Bravo Team clocks in at around three hours, which still feels too long. There are too few guns to play with, and the promise of exciting co-op just isn’t, well, exciting. Gun control isn’t tight, the environments are dull, and the cover mechanics and the way in which you move between cover isn’t exhilarating in the slightest. The only good thing to come out of Bravo Team is the fact that Supermassive must surely turn their attention to Until Dawn 2. We can all hope.

It's such a shame that Bravo Team is bad because Supermassive has made some great games, but this is by far the worst.