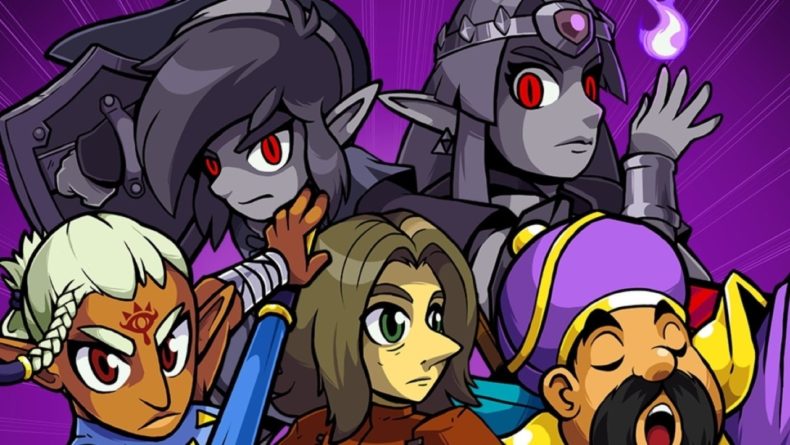 Cadence of Hyrule is a very, very good game, and any excuse to jump back into its finger-tapping groove is a welcome one. It’s a title that seamlessly combines the glorious musical beats and monster-slaying action that the Zelda series is famous for. And now with a Season Pass that offers three separate DLC packs over the next couple of months, we’ve all got a reason to get reacquainted with the rhythmic marvel. The first is the Cadence of Hyrule Character Pack DLC which focuses more on playable characters, and sees an additional five of them added to the roster, bringing the total now up to eight.

Those who’ve played the original Crypt of the NecroDancer title, will be familiar with Aria, Cadence’s grandmother. Personally, I was gobsmacked whilst playing as Aria, mainly because I died within a couple of seconds of starting my journey with her. Twice. Aria is most definitely a character not for the faint-hearted. With only half a heart of health, and one who takes damage if you miss a beat, Aria is definitely one for the seasoned professionals. If you’re curious, it is definitely worth changing the Fixed Beat Mode so that you don’t have to keep in time with the music. Yes, it kind of goes against the purpose of the game, but the odds are against you enough with Aria, it feels only fair to give yourself a chance.

The next two characters aren’t completely new characters, in that they are simply Dark versions of Zelda and Link. For the most part they play very similarly to their Light counterparts, and you’ll likely not notice a difference aside from their monochrome palette and disturbing beady red eyes. It’s hard not to feel a little short-changed when promised five new characters because really you’re getting two less than that. And that’s a shame given how unique the other three certainly feel to play as compared to what was already in the main game. Still, it’s more Zelda and Link, and some people like wearing grey right? 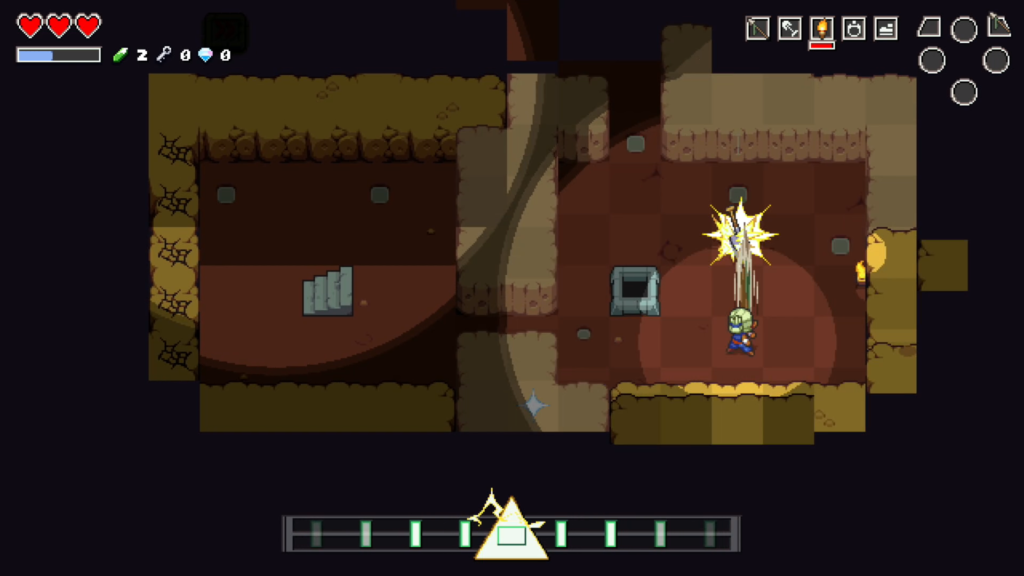 But easily the biggest draw are the final two characters, for very different reasons. Firstly Frederick, the elegant baritone shopkeeper is now available to control, in his pursuit of glory and, well, rupees. His shield ability stuns and confuses enemies, giving you some breathing space, and he also has a Rupee Toss move for a ranged attack, which naturally comes at a currency cost. Frederick’s love of money runs deeper than that though, as it appears it is his literal lifeblood also. He consumes a rupee every few turns, so now it is even more critical to pick up that pocket change. And I won’t spoil it here, but there’s an amusing set up when you try and use the shops in dungeons that Frederick himself would normally be frequenting. Frederick is clearly the comic relief option, but is also a solid choice thanks to his abilities and decent strength.

If it’s a fighter you’re after though, someone to truly give you the edge in a crowded beatdown, then Impa really is the character for you. Throughout the Zelda series, Impa has been a formidable Sheikah warrior, and it’s pleasing to see that replicated in her inclusion in this Cadence of Hyrule Character Pack DLC. When I first saw the DLC announcement with Impa and her spear, I immediately got excited. I do my best in the Story Mode of Cadence of Hyrule with Spears, as they give me the room to deal damage from afar and then escape to calculate my next move. Having a character that had this weapon guaranteed by default was music to my ears.

But Impa isn’t just Link with a spear to start with. It’s clear once you spend more time with her that she’s so much more, all of which makes her really fun to play as. She can deflect projectiles, which is super handy, and even has a Naginata Charge attack that can deal damage up to three tiles away. In addition, she also possesses a passive skill which will completely avoid damage if she has full stamina. The first time it happens, it’s a little unclear what is going on, but Impa will dart out of the way of the enemy strike to safety and leave a doll effigy of herself where she stood. Almost like a mocking calling card to enemies who were fortunate enough to get close for an attempted stab. As such Impa feels like the opposite of Aria, in that she’s easy to pick up, use and progress the Story with. You’ll feel stronger, even than Link, and have great fun tackling what the main game can throw at you given the moves and abilities at your disposal. 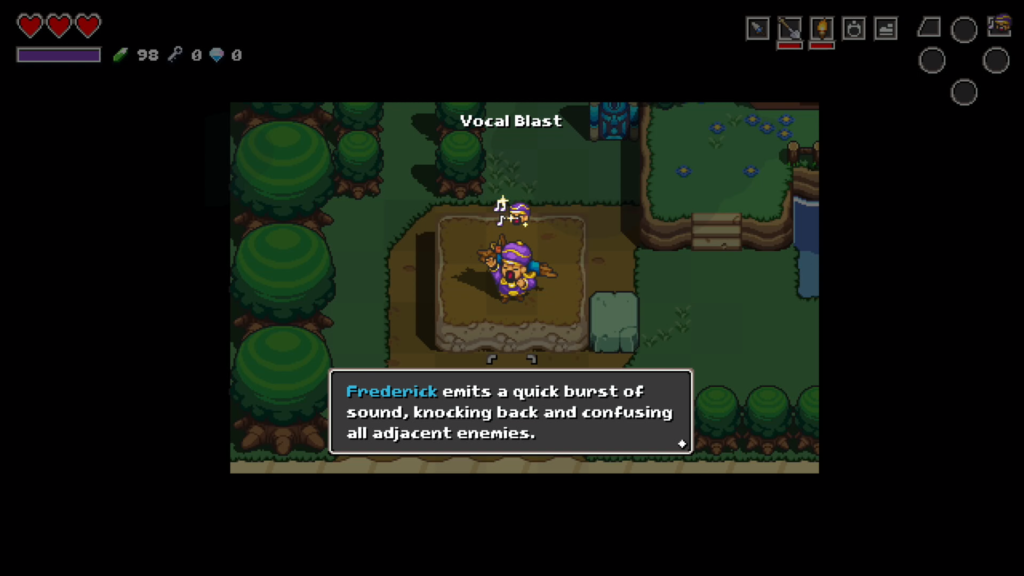 On top of the new characters, there are also some new modes. And most of these are designed to incorporate the inclusion of the new roster. The new Single-Character Mode does what it says, with no option to switch characters, you play a version of the story based on your chosen character, although most of the story beats remain the same. Dungeon Mode removes the Hyrule overworld, just pitting you against various dungeons, which is great for some close-combat shenanigans. Finally, there’s All Character’s Mode, which sounds like the flexible, switching version you’re looking for but sadly it isn’t. Instead, the idea is you take each character in turn and complete dungeons separately before moving on to the next character. This feels a little tiresome, especially when you’re forced to play as characters you’re not as big a fan of to truly complete the mode.

The first Cadence of Hyrule Character Pack DLC is almost everything I could have wanted. There are some new, interesting characters to play as, and between then Aria, Frederick and Impa feel very different from the characters you’ve used before, with the latter stealing the show. The new modes are a bit of a mixed bag, and you’ll likely just opt for the Single-Character Mode to get the full experience with your chosen new character. It’s a shame you can’t switch between all these characters on the fly, but, I’d probably just pick Impa each time anyway. It’s a great reason to jump back into Cadence of Hyrule, and there’s enough new experiences to be had here to keep you occupied until more DLC comes out in the next couple of months.

The Cadence of Hyrule Character Pack DLC offers some fun options and some different playstyles. It's a great reason to jump back in.

Crypt of the NecroDancer Will Ship With Two Remixed Soundtracks