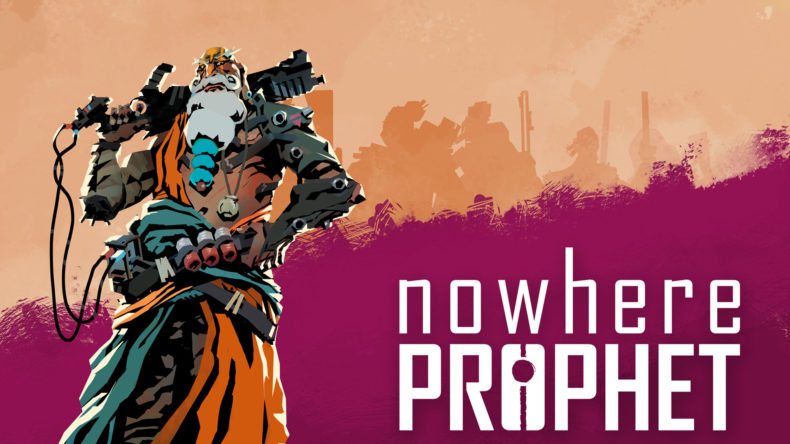 Deck-builders have been a popular type of board game for years now, but have only recently become popular in video games. After Hearthstone brought the genre into the limelight, we’ve been getting more and more roguelike deck builders. I’ve always loved trading card games, and slowly crafting your own deck as you travel through a single player story instantly captured my attention. Nowhere Prophet is now here to steal more of my hours, with an apocalyptic survival twist.

Once you’ve chosen your class and convoy of followers, your wasteland wanderer will discover a fallen machine in the plains. This mysterious robot tells you of a way to rebuild the ruined world, and commands you to find some ancient ruins before promptly dying. With the help of some supplies and a deck of loyal followers, you’ve got to brave the elements and threats along the way and journey across the land. 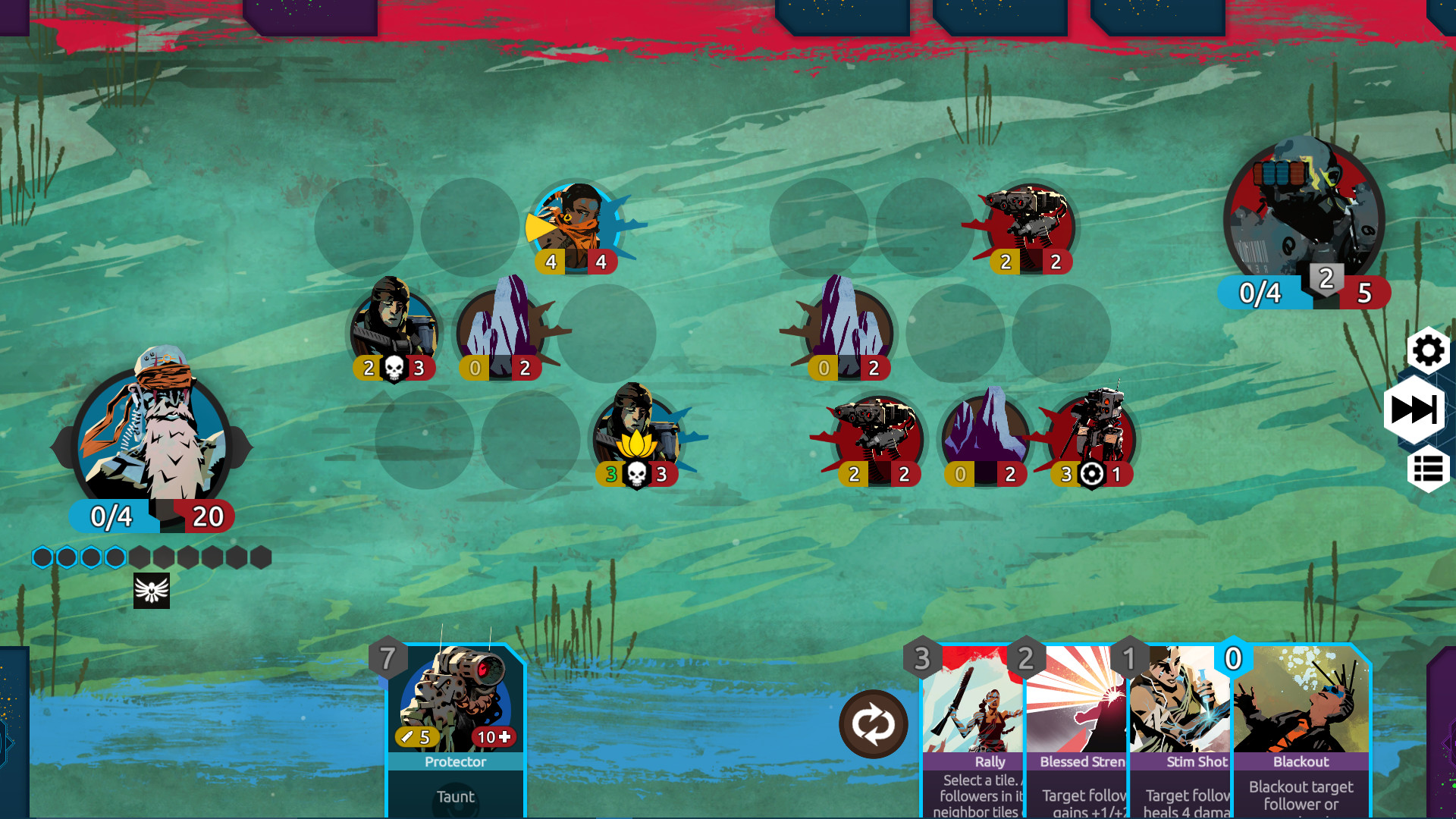 The main difference between Nowhere Prophet and the other deck builders I’ve played is the resource management. Moving across the barren world is done by selecting nodes on a map to travel to them, but doing so drains your camp of food and hope. Different nodes have different events tied to them. Some have enemies waiting to strike, some are full of bountiful foods, and sometimes you’ll even find the safe haven of a camp to heal up and spend batteries on supplies and followers.

As you move between areas, any number of unexpected encounters could interrupt your travels. You might find an abandoned caravan, with potential supplies to plunder, or maybe another group of travellers will invite you to join them for supper. In these situations you’ll be given options on how to act. Maybe you have a follower who could stealthily scope out the situation, or maybe you just want to trust that some strangers will look kindly on your quest. These decisions will sometimes have a chance to succeed, but will always have concequences. Not only could your supplies or health be at stake, but so could your group’s reputation in terms of morality or scholarly aptitude.

All of the morals and food in the world won’t save you when you’re battling raiders or a pack a rabid beasts, but fortunately your cards will. In Nowhere Prophet you use two decks at once, one containing your followers and the other containing powers your hero can use. Every turn you’ll use your ever growing energy points to put followers on the battlefield, which is a grid thay varies in size depending on the battle location. Your aim is to lower the enemy leader hp to 0, but any damage you take carries between fights and if a follower falls in two battles they’ll be removed from your deck permanently. 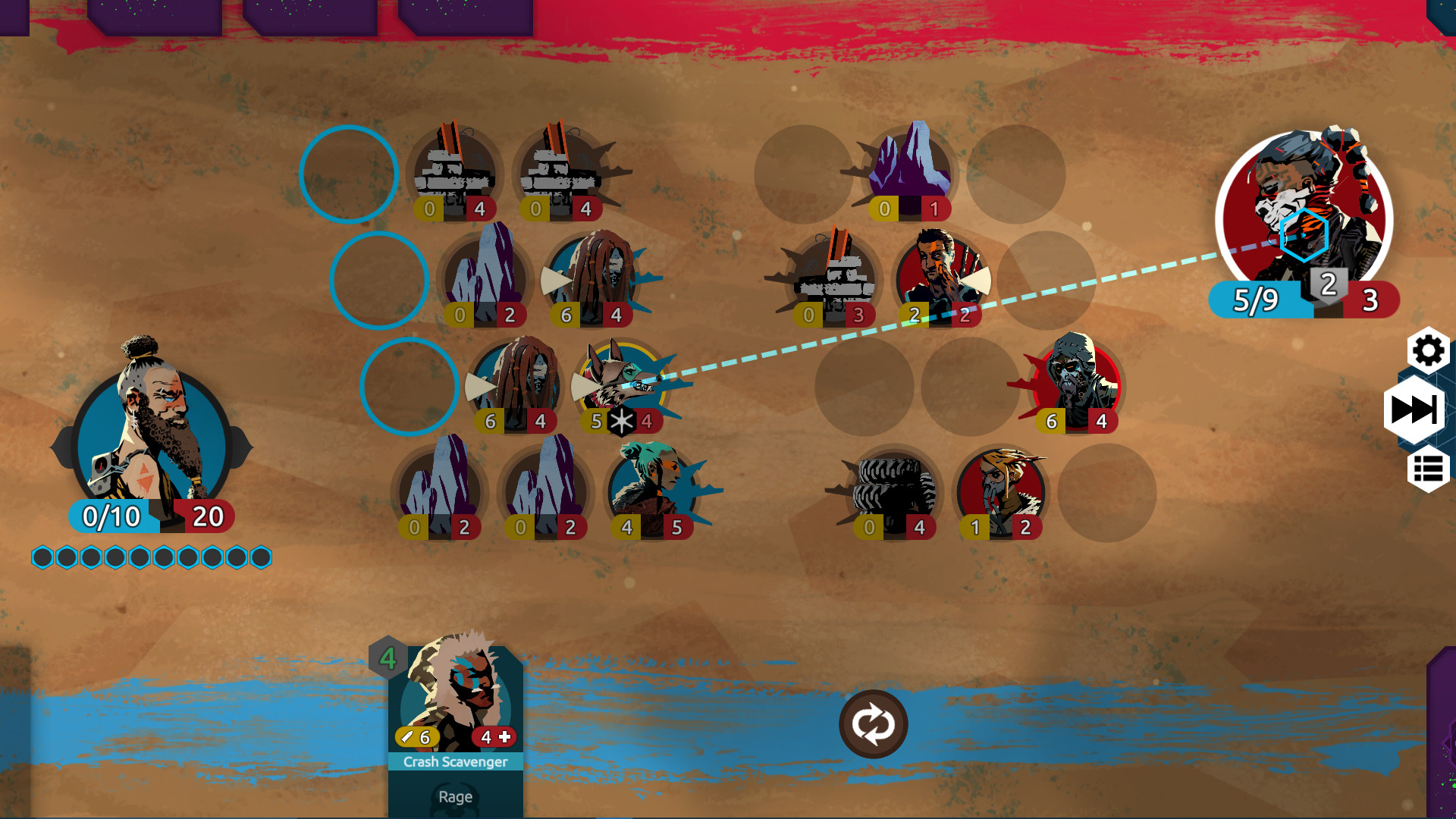 For fans of games like Hearthstone, there are a bunch of card effects like Taunt and Stealth you’ll immediately recognise (and can easily check with the intuitive touch controls on Switch) as well as the idea of various tribes of followers that work well together. The big difference in Nowhere Prophet is the battlefield. The grid with have cover, rocks and even explosive barrels obstructing the battle. Some followers might have the Sniper tag and be able to attack from cover, others might deal damage along a whole row of the opponents side. Unit placement is so important if you want any of your favourite cards to survive.

Winning battles will bring you more rewards as long as you don’t die trying. The unit that deals the winning blow will get an attack buff for later, and you’ll also get some XP for your hero. Leveling up your hero will enable you to gain a new power card for your hero deck, remove a current one that’s weaker, and even gain equipment slots. Weapons and armour provide a bonus power you can use at any time, usually once per battle, which can mean the difference between success and failure. 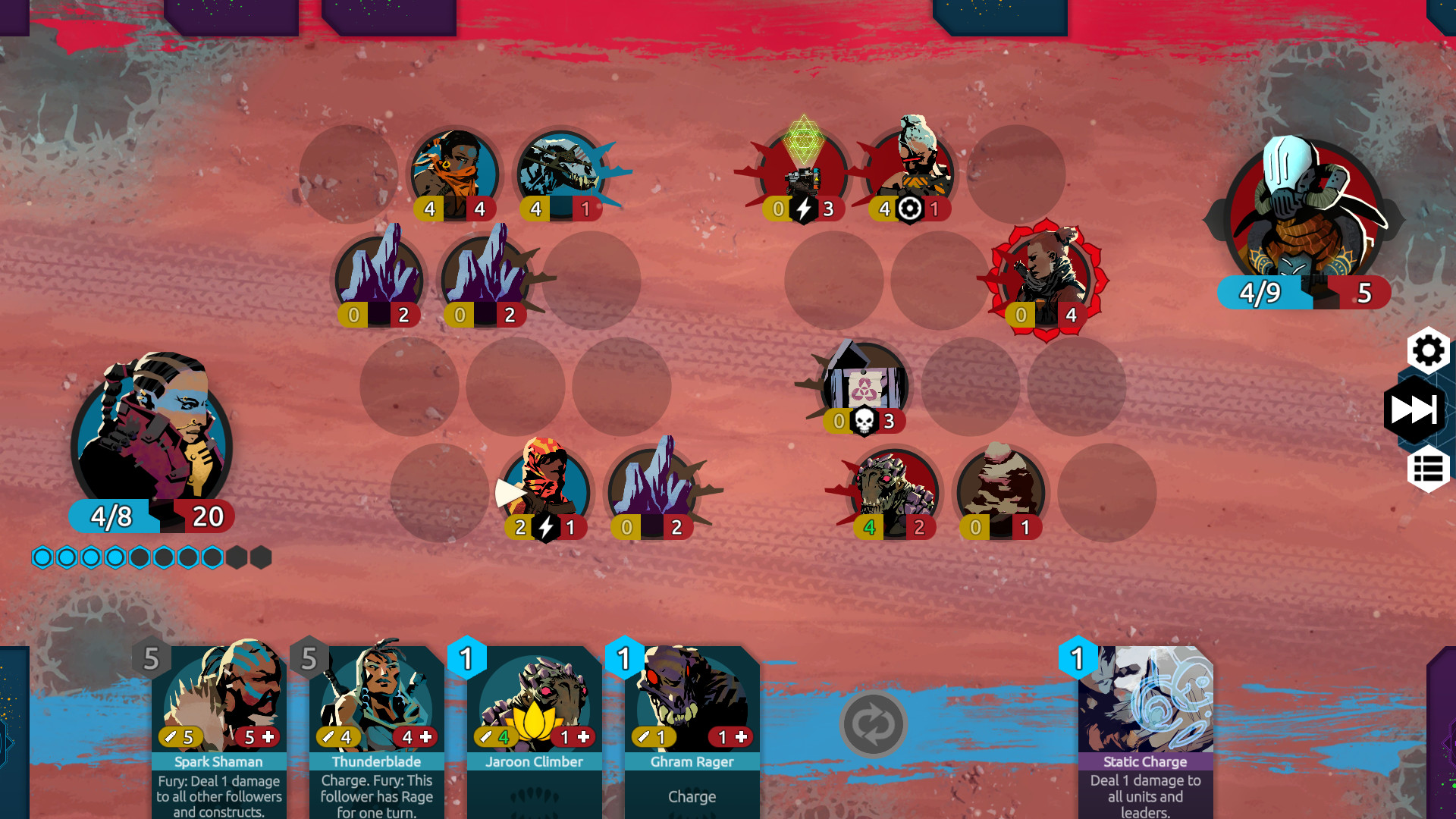 If you’re able to make it to the end of your journey, Nowhere Prophet still has plenty of content to gorge on. There are multiple difficulty levels, unlockable classes, convoys and even a daily challenge and custom mode. My only issue with a lot of these extras, is that how you unlock them. You don’t get much more than a vague hint at most to lead you to the extra options, and I just wanted to unlock them all for future runs as soon as possible.

The only other complaint I had during my time with Nowhere Prophet is the amount of text you’ll get thrown at you sometimes. It may be more my personal taste, but two pages of exposition when exploring a cave is a bit much. The writing isn’t bad either and this isn’t much of an issue once you’ve played a few runs, as it’s easy to rush through the text and make a quick decision without the reading break.

Nowhere Prophet combines ideas of its own with those of its peers for a truly exceptional deck builder. The battles reward thoughtful unit placement and taking care of your army, while the resource management outside of combat is another satisfying balancing act. If you don’t mind the pace slowing down for some exposition every so often, Nowhere Prophet is a must play for card game fans.