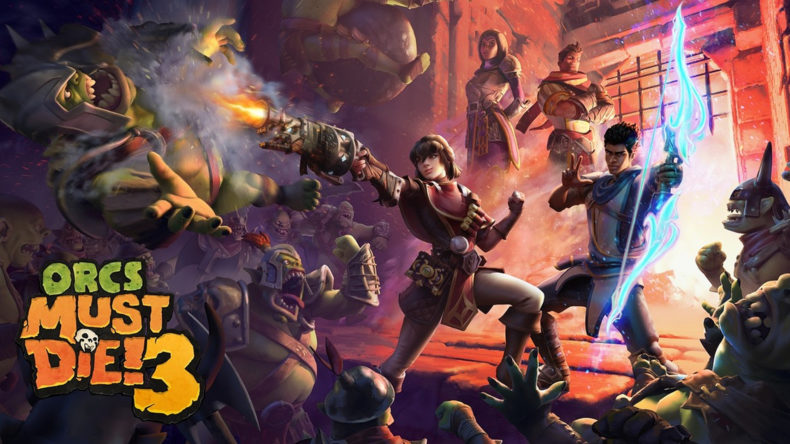 Given that Orcs Must Die! 3 was my first experience with Google Stadia, it was the first time I got to see what all the hype slash hate has been about and, possibly, decide which side of the fence I was willing to plant my flag on. But truthfully, it’s a tricky decision to make.

On the one hand, my not-so-great internet kind of proves where Stadia is going to fall down. Yes, any house can download Stadia onto any device, but if you don’t have a strong enough connection to use it, then why would you choose it over any other platform? And when I say my internet isn’t great, I don’t mean it’s bad. I have a busy house that’s streaming, downloading and uploading around the clock, but I struggled to get the best out of Orcs Must Die! 3 even when Stadia was the only thing running.

On the other hand, the concept is sound and the execution is solid if you do have a strong connection. From redeeming the game code to pressing start took around three minutes, compared to long download times on any other platform. But of course, Orcs Must Die! 3 is a Stadia exclusive – which is a shame, really, because Robot Entertainment are going to lose out on a lot of sales and goodwill for what is, in all fairness to them, a very decent game. 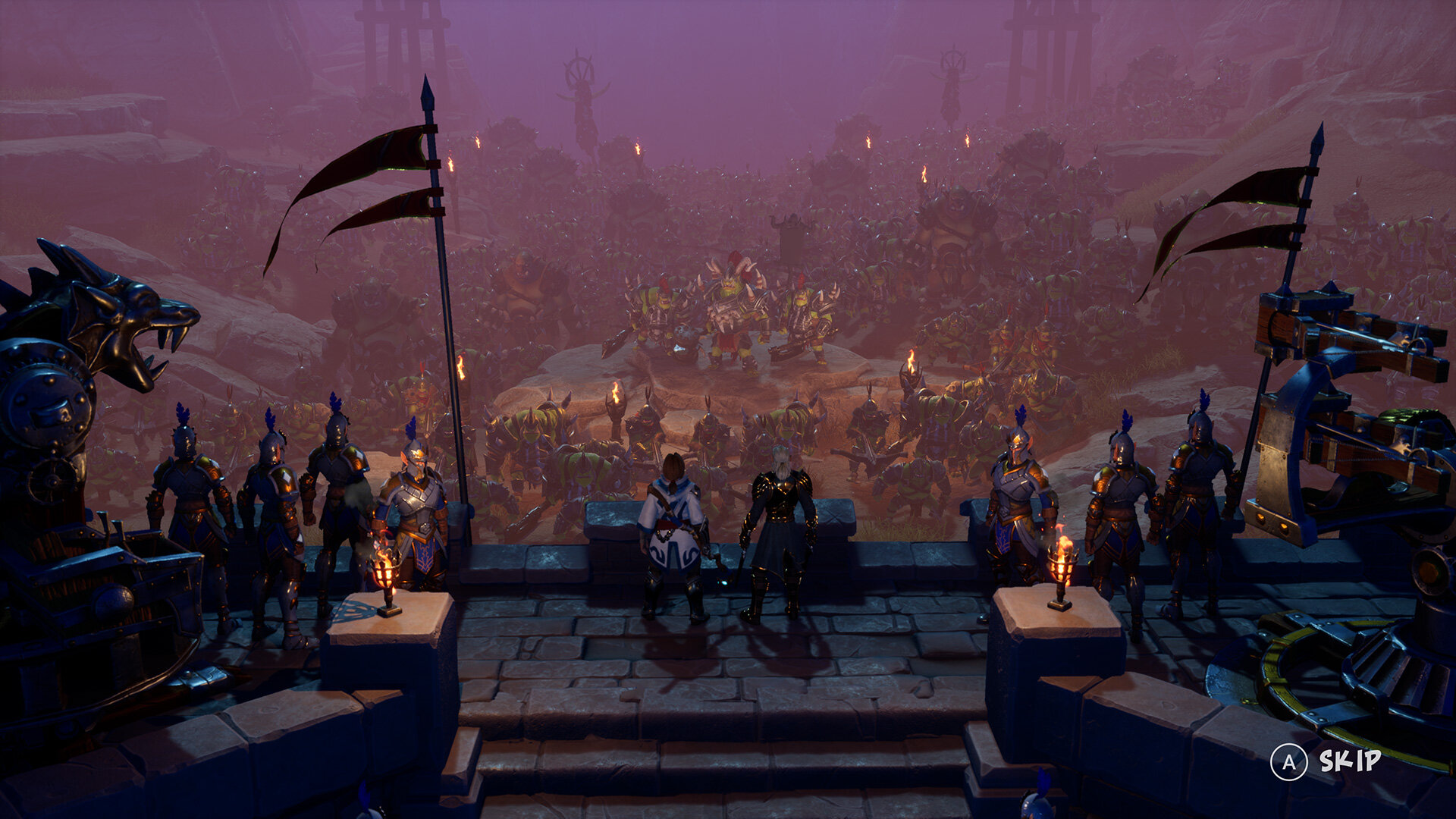 If you’ve ever played an Orcs Must Die! game before (not including the multiplayer-focused Unchained, which was a bit of a misfire) you’ll know what to expect. Part action RPG, part tower defence game, the campaign sees you plough your way through 18 stages where the focus is either on slaying the enemies encroaching on your fortress, or destroying the army besieging the fortress and then slaying them when they eventually, inevitably, break through.

Primarily you can choose between two player characters, sassy Kelsey and valiant Egan, although more characters become available once you finish the story. You’ll use a mix of ranged and melee weapons, magic spells and traps to stop invading orcs, ogres, goblins, gnolls and elementals from reaching the gate at the centre of the fortress. The story is more or less the same as the first two games, as you attempt to prevent a pantomime-y villain from doing villain stuff while cracking jokes and wiping out whole armies single-handedly.

Well, more or less single-handedly, as you can play the whole campaign in co-op and are actively encouraged to do so for the “War Scenarios”, a selection of missions that see you attempt to hold back a besieging army with catapults and ballistae, among other things. Working together allows you to hold off the horde for longer before you have to resort to the standard mission structure of killing everything that crosses your threshold. 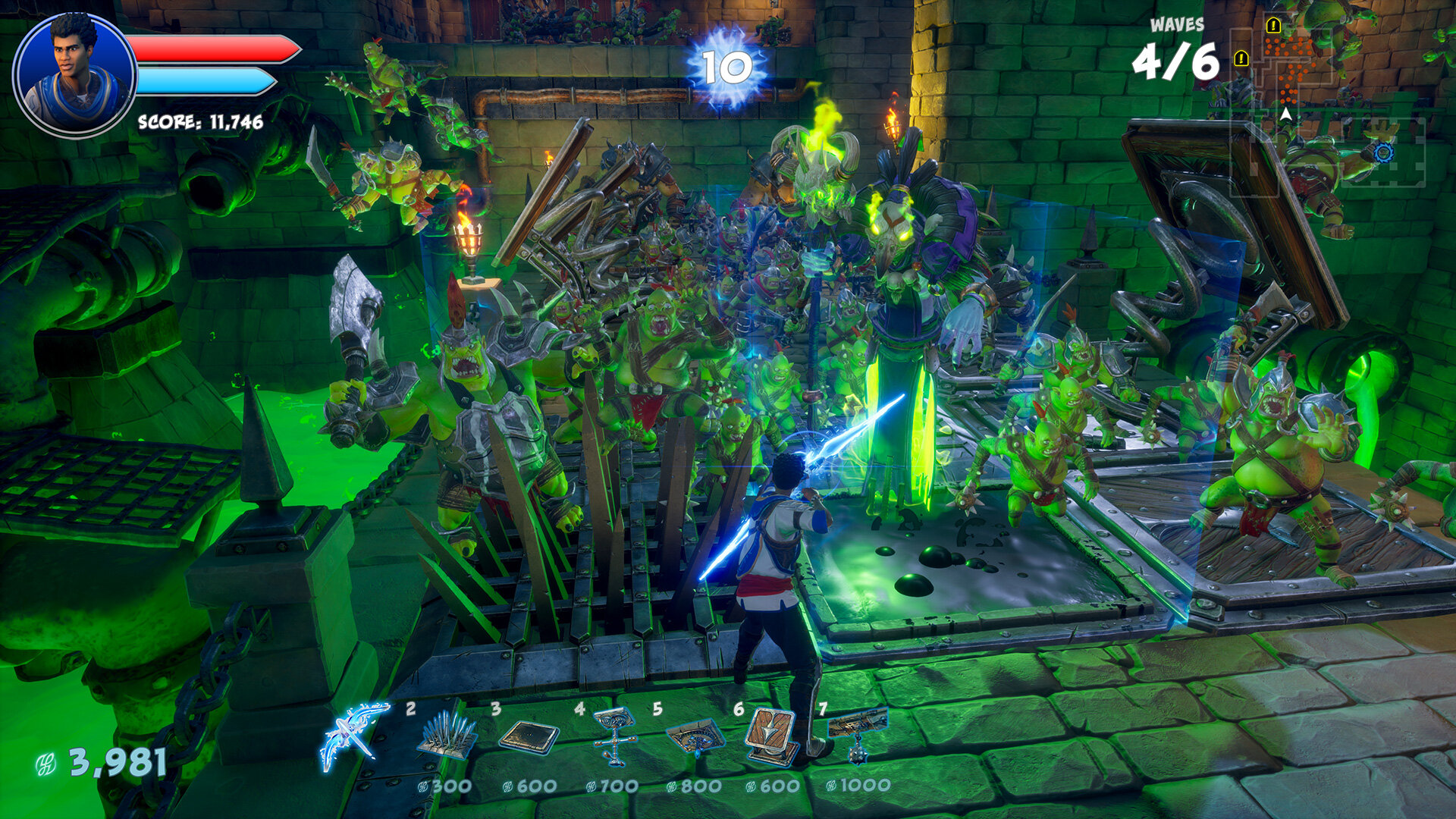 Which, okay, is the most fun part of the game anyway. While Kelsey and Egan each have specific favourite weapons and abilities (and, weirdly, a pointless special skill such as Egan’s ground slam and Kelsey’s ability to levitate), you can also unlock others to us in each mission and assign them to inventory slots. These slots are also used for certain abilities and traps, so deciding what to take with you into a mission is crucial. By far, the most fun you’ll have is with the traps.

Each mission begins with a certain amount of time to ready your defences. During this time, ghostly representations of the Orcs will be shown so that you can get a feel for their mostly likely paths and plan accordingly. Now you can lay all manner of nasty traps to stop them, including spikes and lava pools, huge spring traps and deadly saw blades. There’s a sadistic glee to be had watching the enemy get sliced and diced or tossed around by your dastardly devices, and you’ll be rewarded with plenty of XP with which to unlock new items and abilities.

What’s weird is how familiar it all feels even after so long since the launch of the last game in 2012. I’m not saying that’s necessarily a bad thing, but I got the definite sense that I’d played this game before. Some of that is down to the smooth animation and chunky cartoon aesthetic that has, more than anything, a strong Fortnite vibe. Some of it was down to the fact that the orcs themselves feel very samey, although there’s a decent selection of enemies overall including ogres, beasts and archers. 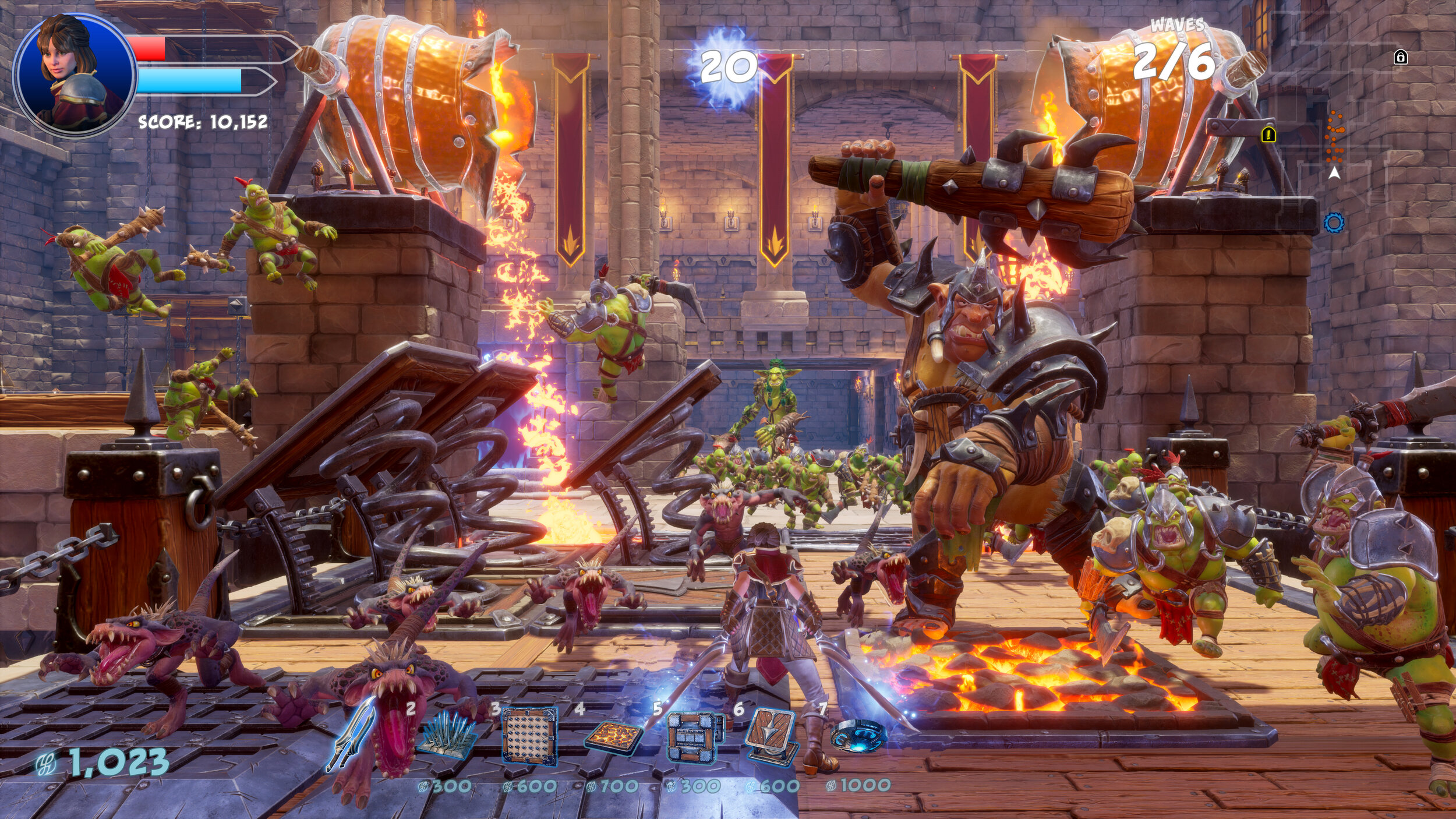 Graphically, I wish I could be specific about how it all looks, but my connection to Stadia was such that I saw barely a few seconds of it at a time at 4K resolution. I didn’t suffer much input lag and was able to keep playing and clearing stages, but it rarely looked all that clear and sometimes the frame rate would tank for a few seconds. Again, I could blame my connection for this, but, well, Stadia is offering a premium experience and that’s not what I got.

Orcs Must Die! 3 is a good game, though. The difficulty is slightly skewed towards co-op play, and a little more variety in mission types wouldn’t have gone amiss, but overall I can’t really fault what feels like a very faithful sequel. Just be aware that, regardless of how good the game may be, you’ve got to overcome any number of Stadia’s shortcomings to fully enjoy it.

Lots of fun
Solid humour
Great alone or with friends

Needs stable internet
Not much mission variety
Not a great departure from OMD! 2

Orcs Must Die! 3 is a solid tower defence game with great humour and a nice aesthetic, but the Stadia exclusivity will do it more harm than good