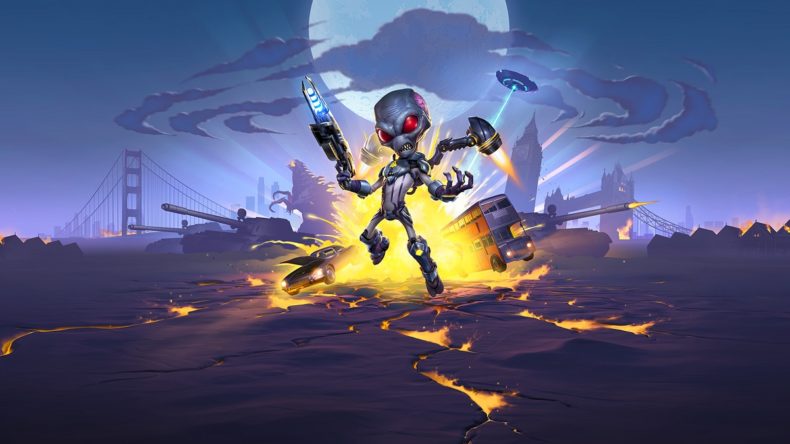 In 2020, Black Forest Games released the remake of the original Destroy All Humans!, and it was a decent attempt at bringing Crypto and his unique brand of anarchism into the modern age of video games. Skip forward two years, and we now have Destroy All Humans 2! – Reprobed. While it’s a strong remake in how smooth it feels to play (at least outside of the flying saucer), some of the writing feels a little out of place in the current social climate, especially when it involves some of the humour.

There’s a lot of fun to be had when running around the various locations, blowing shit up, and using Crypto’s range of weapons and gadgets to cause mayhem and untold levels of destruction. You’re a little restricted in the beginning, but as the game opens up, you’ll be using all kinds of weapons such as anal probes, meteor strikes, and the ability to harness telekinesis in a whole manner of ways. There’s a fair chunk of options for you to play with your arsenal, be it progressing through the main missions, completing side quests, or just trying to get the military to chase your tail. 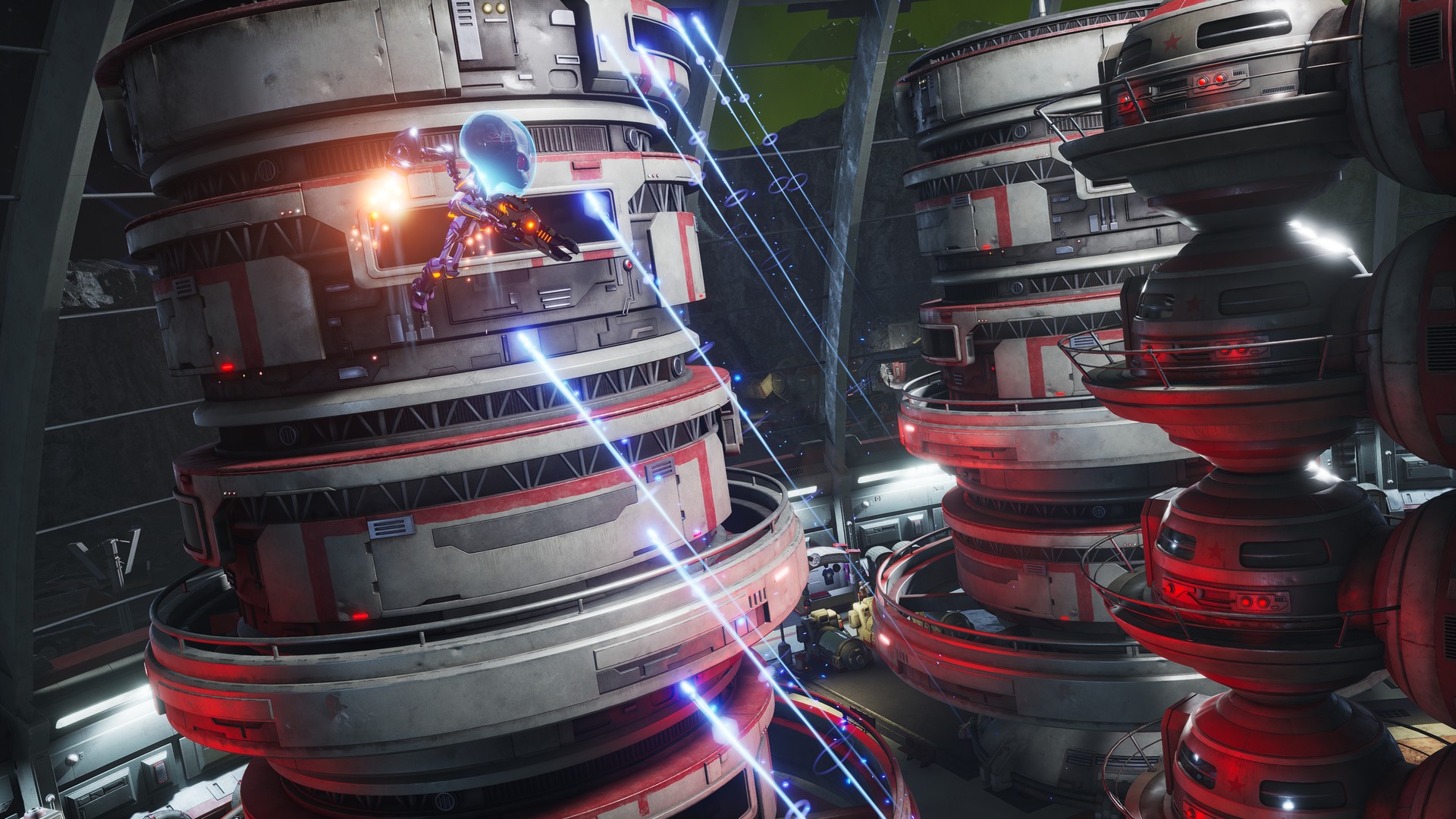 The stealth elements of the first game are almost non-existent, making your time with Destroy All Humans 2! – Reprobed a lot more entertaining. Gone are the stressful sections where all you want to do is zap some buffoons, but instead have to run away from them. Chaos is the main focus, and getting creative in doing so becomes rewarding. Many of the main missions have optional objectives, and by making use of your different weapons will give you more goods to upgrade abilities. It feels more streamlined when upgrading your ship and your weapons, and many of the upgrades give a noticeable improvement from the get-go.

The main plot sees the fake President of the United States aka Crypto the foul-mouthed and sarcastic Furon, fight back against the KGB who’ve blown up your Mothership and left you feeling pretty alone. It’s the late 60s, and hippy culture is in full effect, and free love is used to help calm the general population. It’s a great way to help those chasing you to forget they ever saw you, and take the focus of lighting you up like a Christmas tree for every policeman and KGB agent to reign fire upon you. These small changes make playing a lot more enjoyable, but it doesn’t feel like a huge stretch from the gameplay of the original. 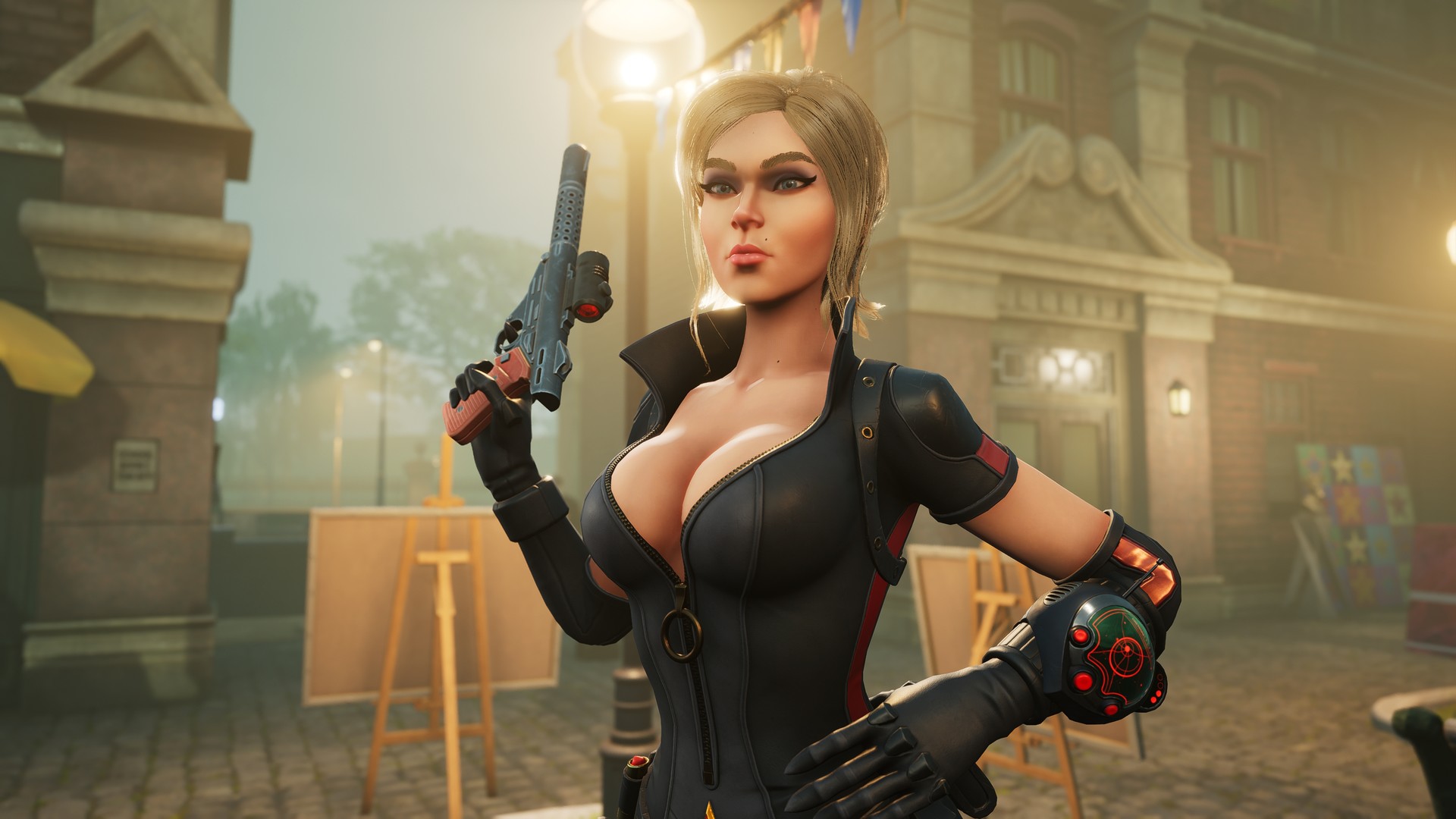 Saying that, I had a great time. Getting around the various areas, whether you’re in Japan or London, is much quicker. You can use your jetpacks or even use your hoverboard to travel, unlocking certain skills to make this even faster for you. The missions where you have to use your spaceship are still a tad cumbersome, as the controls feel a little archaic. I could never fully get to grips with flying high and low while trying to fire in front or below me. These sections seem to have been dumbed down quite a bit, and much of your time will be spent on the ground.

Much of the humour in Reprobed got me laughing, but I began to get a bit tired of the stereotyping of certain countries. Some of it felt a bit out of place, especially now, and I couldn’t help but squirm a little at the overtly sexual nature of some of Crypto’s quips. Even when you’re playing, seeing the words ‘clean snatch’ pop up after taking over someone’s body without anyone noticing, or have a passer-by call you a ‘walking vibrator’ made the sex jokes seem more laboured than amusing. There’s still a lot of great one-liners, but some of the humour does feel dated. 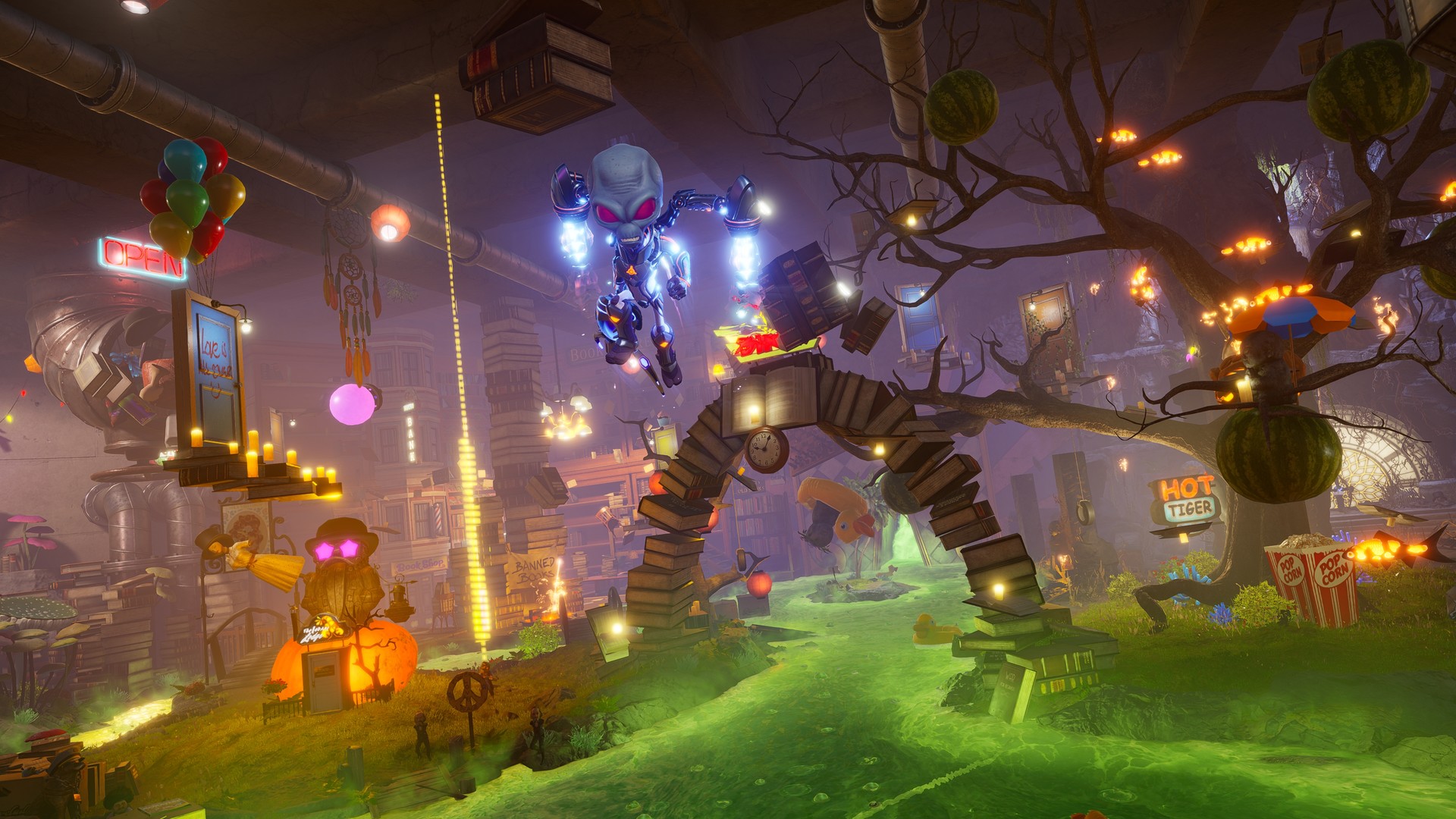 What Black Forest Games has done with the visuals is superb. For saying the original came out almost sixteen years ago, the overhaul of graphics is wonderful. Reprobed may not have the same calibre as other new releases, but the effort in making cities and character animations stand out is obvious. It’s more cartoony than realistic, but that’s to be expected given the type of game it is. When you’re deep in anhilating a bunch of enemies, the explosions and carnage on screen looks fantastic, especially when buildings are falling down around you and enemies are flying everywhere.

Destroy All Humans 2! – Reprobed is a decent sequel to the original, and a well-made remake by Black Forest. Running around as Crypto and destroying everything in sight is tons of fun, and the various locations are surprisingly authentic depending on the country. The story is fine, but you’re playing it for the range of weapons and the multiple opportunities to use them. Right before I headed to Japan, one of the standout moments was using the Meteor Strike to launch tens of meteors down on KGB HQ while blowing up anti-aircraft guns and sending Russian agents into space. For some light relief and stress shooting, you can’t go wrong with the return of Crypto.

Destroy All Humans 2! - Reprobed is a chaos-induced joyride through various cities on Earth, using plenty of weapons to get the job done. Some of the humour feels outdated, but there's no denying the fun to be had causing tons of destruction.

You may also like
Black Forest GamesDestroy All Humans! 2 - ReprobedPC