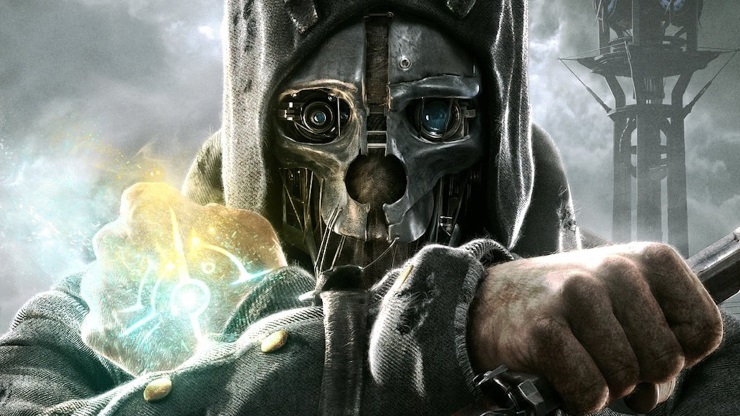 Dishonored is an excellent game. There’s no denying the quality that resulted from a developer really taking their time to craft an experience, as opposed to just another action game. One of the most freeform stealth games of the last generation, Dishonored’s penchant for letting the player have their head made it an instant hit, the wealth of bloody options leading to hundreds of gorily creative YouTube videos and a handful of industry awards.

It tells the story of Corvo Atano, bodyguard to the Empress of Dishonored’s grim fantasy nation. He returns, unsuccessful, to the plague-ravaged city of Dunwall having been sent to request aid from the neighbouring isles, on the same day that a syndicate of evil conspirators murders the Empress, kidnaps her daughter Emily and frames him for the crime. What follows is a quest for revenge and justice, as Corvo goes on a one-man campaign armed with an assortment of traps and tricks, and supernatural abilities afforded by the mysterious Outsider. Presented in first person, Dishonored drops you into a macabre playground, hands you the tools and opportunities to reak havoc and let’s you get on with it. Dunwall is a wonderfully dark setting, cherry-picking elements of Victorian London and 19th Century New York, crowded with shadowed alleys and grime-encrusted rooftops for you to slip around and over.

After your escape from Coldrige Prison, the Loyalist headquarters, The Hounds Pit pub, becomes your hub. Corvo’s room is there, as well as all of his allies and Piero, the inventor who fashions his weapons and upgrades in exchange for scavenged baubles. This is the only safe place, and the story missions are assigned here before you embark on Samuel’s boat to take down your next target. It’s worth exploring the pub thoroughly for secrets and loot, and reading all the books and manuscripts to tap into Dishonored’s rich lore. Once you’re out in the world, though, it really opens up. Thankfully, Arkane give you the good stuff straight away. Corvo’s butterfly blade, crossbow and pistol are perfect for close encounters either silent or violent, but when the Outsider grants his mark and, with it, the ability to teleport short distances instantly, it unlocks a whole new box of tricks. The whole game can be played without killing, including the mission targets, but that comes with its own difficulties. That being said, the less you kill, the less rats and guards will patrol the streets throughout.

The Definitive Edition comes bundled with all three DLC packs. The most fun of the trio is undoubtedly the Dunwall City Trials pack, which gives you a collection of challenge maps in which to utilise all of Corvo’s various tricks and gadgets. It’s far removed from the intense storyline, and a great way to kill time while climbing the leaderboards.

The story DLC is less impressive but still interesting, particularly The Knife of Dunwall, in which you play tragic semi-villain Daud (voiced by Michael Madsen) in a standalone adventure. The Brigmore Witches is a solid slice of action, too, but neither is a patch on the main campaign. Graphically, the upgrades are relatively slight. Dishonored was already gorgeous, the lamp-lit oil painting aesthetics dripping with atmosphere. While the Definitive Edition ups the visuals to 1080p, the frame-rate remains at 30fps. It’s not a major issue, but it seems like an omission not to boost a game graphically when porting it up to a new generation.

It’s becoming cliche to say this about re-releases, but if you played and finished Dishonored last gen then this is far from essential. It’s nice to revisit Dunwall, nice to be back in Dishonored’s grim world, but if you’ve rinsed it before, there’s nothing new to see. However, if you missed it last time, then it’s an absolute must buy – or you’ll risk missing out on one of the best games of the last generation all over again.

Nothing new.
Not optimised to 60fps.

It's great to return to Dunwall ahead of next year's sequel, but this Definitive Edition doesn't add anything to the overall Dishonored experience.