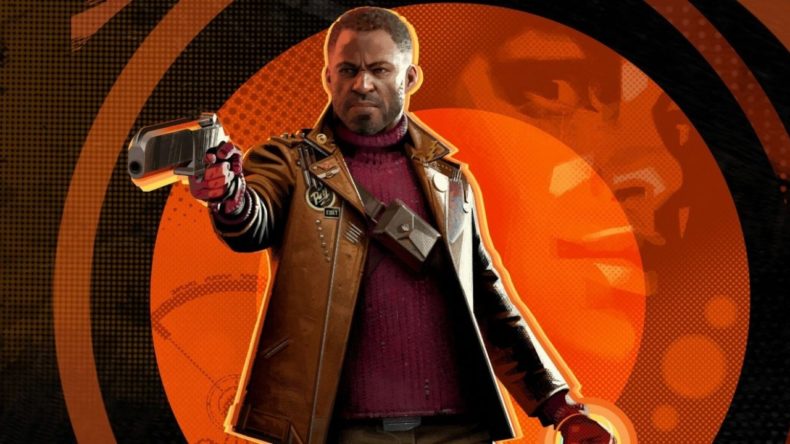 This year’s GOTY 2021 Best New Character discussion was a strange one, to be sure. One of the characters discussed was a romance-obsessed sentient book, for example, the two others were among the best elements of their respective games. But we found the one and two spots oddly tied for a while.

The relationship between Colt Vahn and Julianna Blake is so deeply intrinsic to Deathloop’s very core that it’s hard to take one without the other. However, as protagonist, and therefore the player’s cipher on the mysterious island of Blackreef, Colt eventually won the round, with Julianna coming a very, very close second.

In a year that has been very strong for gameplay but not as hot for story, Colt may at first seem an odd choice for Best New Character. After all, much of what he says and does is a reaction to what the world – and most importantly, Julianna – throw at him. But while he always has a quip ready to fire, voice artist Jason E. Kelley imbues him with an everyman believability that ensures he possesses that one super important trait for a character like him: relatability. 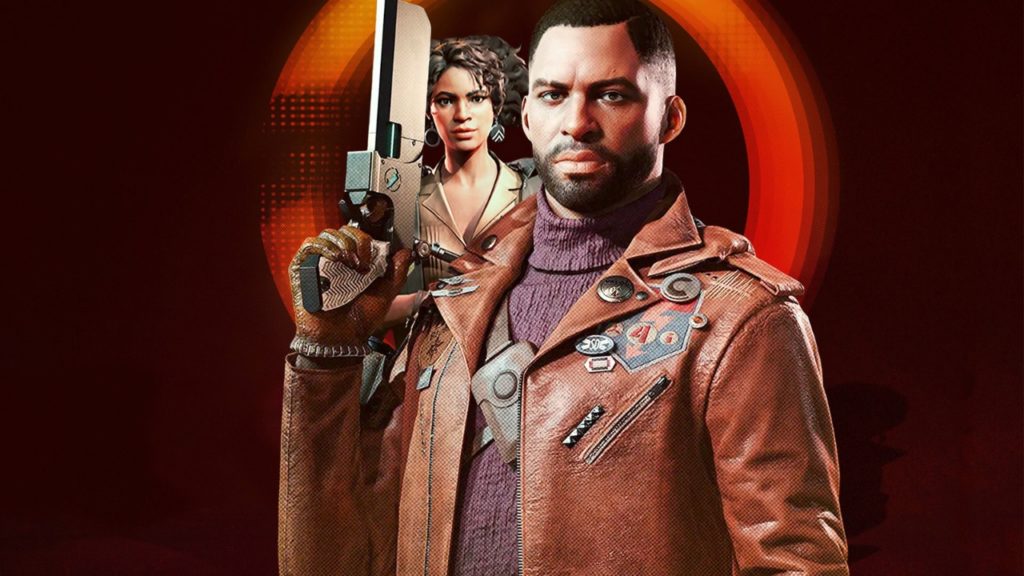 It’s different for other FPS protagonists. No one worries too much about relating to the Master Chief, or whichever blank personality canvas is leading any given stage of a Call of Duty campaign. But Colt’s earnest cluelessness, ingrained by his sudden amnesia and at-odds with his finely-honed military-trained instincts, make him immediately deeper and more sympathetic. Even when the action starts and you’re blasting foes away left, right and centre, Colt’s voice over reminds us that he’s out of his depth if not fully out of his comfort zone. He knows combat – but he usually likes to know who, and why, he’s fighting.

The dynamic between him and Julianna is effortlessly compelling and interesting. It reveals facets of his character that give us a better understanding of him. I admit to being as sure as everyone else that they were former lovers before the reveal (which I experienced a fair way in to the story thanks to Deathloop’s malleable narrative). Their chemistry owes itself to bitter history, the almost playful way she torments him makes one thing clear: she knows him. Deeply. And at this point, far better than he knows himself.

That Colt remains a creature of instinct for so much of the story allows to see the real Colt, a man in an impossible, deadly, supernatural situation, taunted by a lethal aggressor who knows him inside and out. That he’s played with such a vibrant, likeable sheen by Kelley just adds to the feeling that we, the player, must look after him in some way. 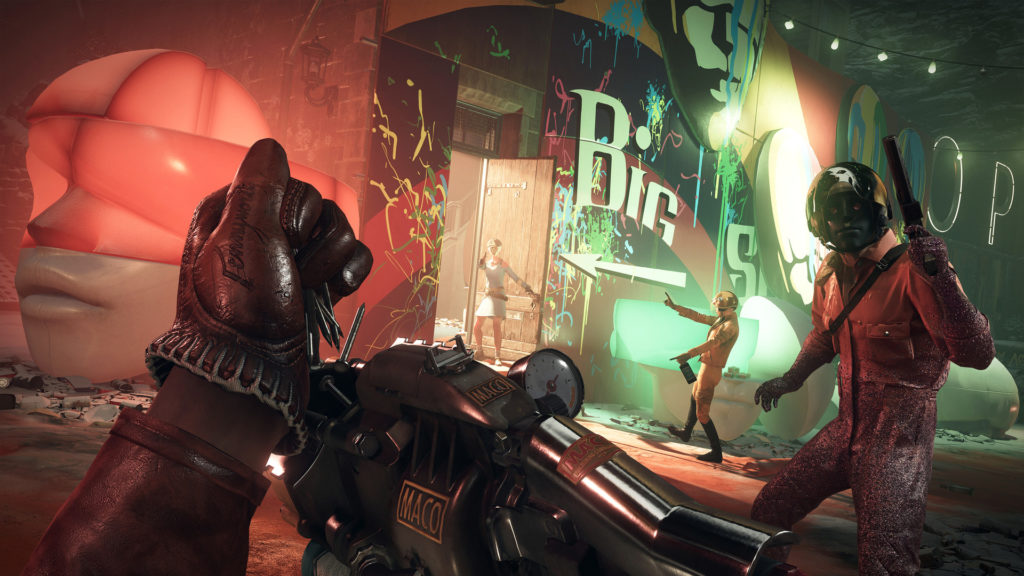 Kelley himself says of the character: “The thing that drew me to Colt was that you have this guy who immediately knows that he’s very capable and sure of himself but has no clue what’s going on. He barrels into it, chest out, guns blazing, asking questions and he has a sense of humour about it through the entire journey. That’s what I really keyed in on. That sense of stoicism that he has, coupled with his sense of humour, which would pop out in the weirdest places.”

By the time the big reveal came around for me, I had already begun to question what I thought I was sure of. Who was Lila – and what could Colt have done to a former lover that was so bad she wanted to kill him over and over again, time after time, in an endless loop of violence and death. And then you find out: she wasn’t his lover, but his daughter, and her animosity towards him comes from her belief that she abandoned her and her mother, Lila.

He didn’t, of course. Not intentionally. Colt was part of a top secret military outfit called Operation Horizon; part of the first group to discover Blackreef and its bizarre temporal properties. That he left wasn’t his choice: if nothing else, running away from anything is shown to be something Colt is strongly against. He’s a soldier, a fighter, and deep down, a character who intends to do the right thing.

With Julianna caught between almost being addicted to vengeance and needing to stop him breaking the loop, she’s the perfect antagonist. But there’s more to it. Colt wants to break the loop to be free; but in killing the Visionaries, the seven (well, nine, including him and Julianna) individuals who keep Blackreef going round and round in time, he might potentially let loose that destructive power on the world beyond the island. 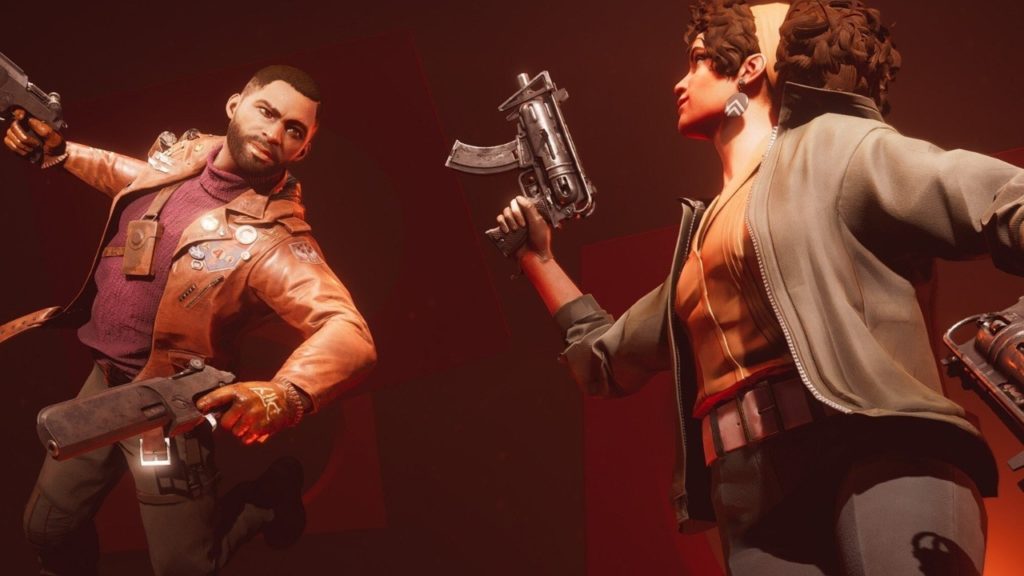 Is she capable of such altruism, or is she really just that vindictive? The true ending, only achieved if Colt kills his daughter and then himself, finally breaking the loop, reveals that she has the capacity to walk away. Did Colt bring her to that, or has the fun gone out of killing him if she knows it will be the last time?

Arkane Studios are amazing at building worlds. Just go and play Dishonored, any of them, and you’ll see that. Even Prey, which fell a little flat for some, takes place in an exceptionally well-realised game space. They’re not sandboxes, exactly, but the freedom they offer the player makes them close to it. But they also offer Arkane the freedom to tell stories with subtle references and details, such as the outfits Colt and Julianna wear, or the emails on Colt’s computer.

These details reveal facets of Colt’s personality and history that are both obvious and quietly understated. The former include his military background and training, elements of his character that are worn on the sleeve for all to see as he blasts his way across the island. But there are smaller, subtler traits that make an impression because they’re not shouted.

That Colt just happens to be bisexual is never made into a major plot point or revelation; it’s never used to spin any kind of agenda or even used as a storytelling vehicle. In fact, if you don’t pay close attention to the flavour dialogue and, in particular, one very personal song dedication from Blackreef’s resident DJ and Visionary, Frank Spicer, you might miss it altogether. Maybe this is just how I interpreted it – after all, Arkane are known for leaving things just vague enough for player opinion – but either way, it shows once again that Colt is more than just a blank canvas to let us shoot things.

Ultimately, Colt Vahn is our favourite new character this year not just because he’s funny or capable or likeable, but because he has a sense of depth that isn’t often seen in FPS protagonists. He is more than just his relationship with Julianna, more than just his ethnicity or sexuality, more than just his military background, the clothes he wears or the skill with which he wields firearms. He’s a person, masterfully brought to life by Arkane and Jason E. Kelley, and absolutely deserving of the accolade Best New Character of 2021.

Senior Content Editor Mick has been playing games for over 30 years and writing about them for around 12. After drifting from site to site for a while, settling briefly at the now-defunct Made2Game and freelancing for the gone-but-not-forgotten NintendoGamer Magazine, he came at last to rest at Godisageek. Mick has been a reviewer, staff writer and content editor here for some time, while also moonlighting a little for Red Bull Games. He has 4 kids, has written 2 novels, and sometimes even manages to pay a bill or two. You'll usually find him defending the galaxy in Destiny 2, battling evil in Diablo 3, or lurking in the background on Twitter. Find him there @Jedi_Beats_Tank, or on XBL (JediWaster247), PSN (Jedi_Waster) or Nintendo (JediWaster).
MORE LIKE THIS
Arkane StudiosbethesdadeathloopGOTY 2021