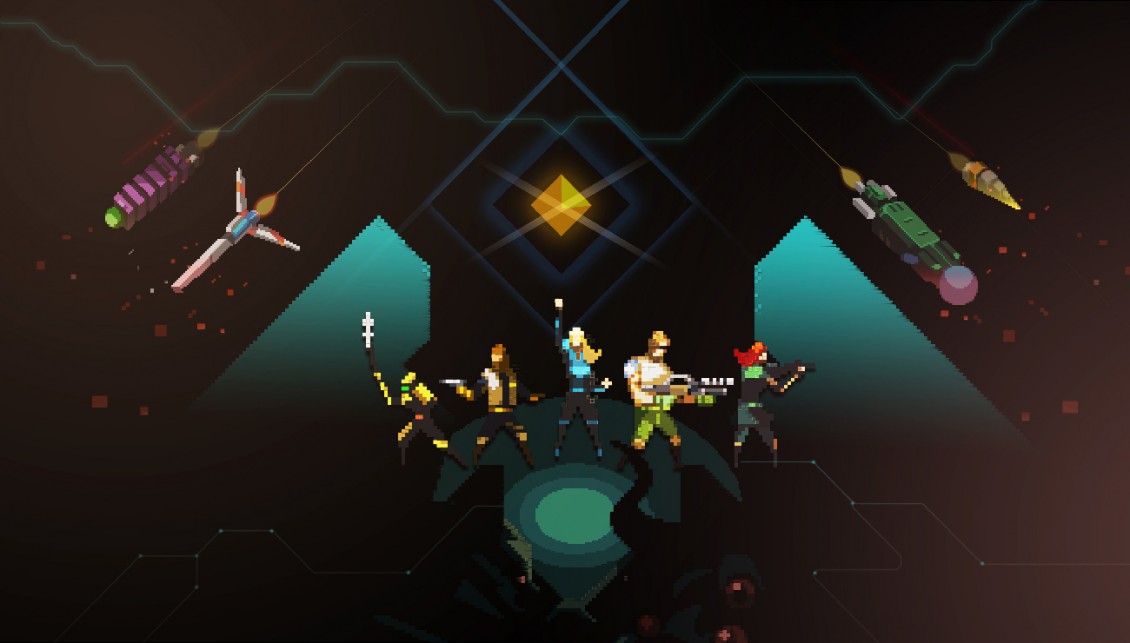 Dungeon of the Endless is a tough game. First of all, it is a difficult game to categorise. The easy way to describe it is a procedurally generated rogue like, but that is only half the story. It bears similarities to other strategy games, in particular FTL and even XCOM, and it draws inspiration from the tower-defence genre and is also a tactical dungeon crawler. Secondly, it is genuinely pretty difficult with a lot of micro-management of resources and crew to get your head around.

The ambiguity of what Dungeon of the Endless actually is, isn’t helped by the lack of a meaningful tutorial. There is one available, but it is buried in menus and did not appear to run on my very first time of playing. The first times I played didn’t end well, I managed to clear a few floors, but it was more through blind luck than anything else. It wasn’t until maybe my fifith or sixth attempt that I even realised I could build defence systems to protect areas whilst I went off exploring. That coupled with excruciatingly small text which is only really visible if you sit less than a metre away from your screen did not make for a good start.

Anyway, the object of the game is to take your hand picked team through the various floors of a crashed space ship to the surface whilst simultaneously defending a crystal that provides your lifeline in terms of power. The material for powering the crystal is called dust and you can find it from killing enemies or from opening chests or just finding rooms that have an abundance of it. The game is over when you reach the surface or your team is killed or your crystal is destroyed. Simple enough premise, but Dungeon of the Endless is a tireless battle of resource management. You see, your crystal will provide light in the various rooms you encounter, but it can only do that for a finite point until you can find more dust. Lighted rooms are considered safer areas as enemies will not spawn on those rooms, therefore you will need to closely monitor which are the best rooms to keep lit to best protect your crystal while you try to find the exit. As well as managing the safety of your crystal, you also have three other resources to manage and utilise: Food, Science, and Industry. Food allows you to level your characters, heal them and recruit new ones along the way. Science increases your ability to research new technology to improve your defences, and Industry allows you to build more things. Each is topped up with each move, that is, opening a new door, or by finding chests with them inside.

You start a game with two team members, chosen from an initial choice of four. Each has different abilities and uses. Sara, for example, is able to move faster so I used her to transport the crystal to the exit, others are better and stronger at fighting, so I tended to leave them in areas I knew large numbers of enemies were likely to pass through. As you progress in the levels you can find new team members to recruit (providing you have the appropriate food resource) and can eventually play with a total team of four. Characters have both active and passive skills and you can level them up during the game to increase their health and unlock more skills. You can even find items in chests or at merchants, such as new weapons and armour pieces which could improve health at the detriment of speed or increase defence.

Your instinct is to explore, but as in FTL there is a risk versus reward associated with that. Opening doors will increase your resources for that turn, but it will also create another room that you cannot power and therefore invite enemies to spawn in. Also you do not want to spend too long on any particular floor as the longer you stay the more waves will begin to spawn. Things can get very hectic, very fast, but fortunately there is a pause button which more often than not will give you the breathing space to plan out the best strategy for saving your team and your crystal. Combat is passive, you only need to have your team in the same room as the enemy for them to attack, your only input in the battle is to monitor each team member’s health and heal when appropriate. You can also build turrets in powered rooms that have power nodes in them. This is the tower-defence element of the game, except that rather than defending a static thing with your turrets, you are merely creating a mechanism which will hopefully help choke the enemy wave in that room, leaving your team to escape with the crystal to the next level.

Despite the shaky start, Dungeon of the Endless is a fascinating game. It manages to blend the constituent parts of different genres together to create an engrossing strategy game. The initial learning curve is perhaps a little too steep for some players, and it does seem to hide certain mechanics for playing behind menus that aren’t immediately apparent, so it does run the risk of turning some players off, but for those that continue onward, it offers an incredibly deep and complicated experience.

Very steep learning curve.
A lot of the game mechanics are hidden away.
After a while levels lack variation.

Dungeon of the Endless blends the constituent parts of different genres together to create an engrossing strategy game that offers and incredibly deep and complicated experience.