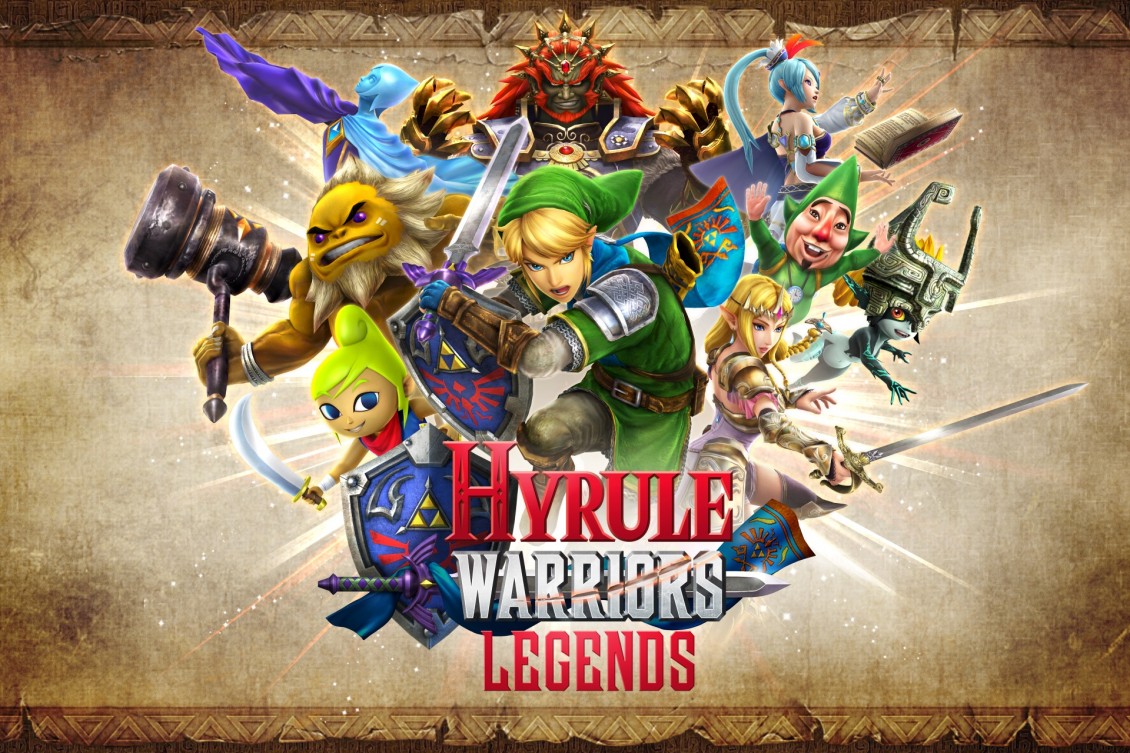 It’s been thirty years since Nintendo brought the adventures of Link into our lives with the launch of the original Legend of Zelda in 1986. Over this time Nintendo’s action-RPG series has generally seen Link take on one to three enemies at a time, and while the enemies have gotten bigger their numbers haven’t really gone up. This was until Koei Tecmo’s Omega Force team stepped up and brought the Legend of Zelda mythos into their musou game template with Hyrule Warriors in 2014, now the denizens of Hyrule had to cope with armies of enemies descending upon them in the battle over the tri-force.

Hyrule Warriors comes to Nintendo’s 3DS family of systems in what is essentially a ‘Game of the Year’ version of the original under the name of Hyrule Warriors: Legends. It’s the as the original release, but with all the updates and DLC as well as a few extras of its own (including new character Linkle). The graphics may have been scaled back a smidge, but the amount of game on offer is considerably larger.

The game follows the plights of our heroes (and villains) in a Hyrule beset with monsters as the sorceress Cia mobilises a war against the kingdom to claim the spirit of the legendary hero of time, with whom she has become infatuated with. A time dimension hopping quest ensues as they all fight to make sure they have the upper hand over one another. Friends become enemies, enemies become friends, it’s a very Dynasty-like drama.

Hyrule Warriors: Legends is far removed from every other Zelda game in existence, there are no dungeons, there is no overworld, and the only puzzles involve you trying to figure out how to beat the ginormous bosses you encounter through the adventure. But you won’t have to think too hard, as the required method is normally gifted to you in the level they are encountered. This is a musou style game through and through (think Dynasty Warriors), where you’ll find yourself dashing across the wide open plains trying to control the flow of battle by capturing checkpoints and enemy keeps, the more points you own the more troops you have, and the easier you’ll find it to defend your keeps while ensuring victory against the enemy leader(s).

The fact that there are so many enemies on the battlefield at all times creates a constant feeling of unease about the battle, and you know that at all times there is always the risk that one of your captured points may fall with you on the complete opposite side of the map. This game style can feel chore-like with the insistence on pushing you around the battlefield with a plethora of things to take care of, the 3DS version of the game gets a massive boost compared to its Wii U counterpart in this regard, as here you can direct other lead characters to points on the map that you need to keep control of. Not only that, but when they get there you can switch your control over to them to swing matters back into your favour, it’s incredibly handy and allows you to take control of the battlefield in super-quick fashion. Unfortunately while this is a nice implementation it feels a like it hasn’t really been thought through properly. This shows in the run up to starting a mission where you pick which character you want to control and what weapon you want them to take into battle. There is no way to micro-manage the weapons of the allies you can switch to, meaning that when you switch to them, you just know they’re using a bog standard weapon rather than one of the more powerful ones with the tastier perks.

You will need to swap characters too, as while you can direct them around to areas you want to attack, the AI tends to make them stand around not doing much, and at other times completely running away from fights. I nearly failed one mission where I quickly switched characters when I had gotten a strong enemy to a sliver of health only to find out minutes later that my AI character had let the enemy go and it was now attacking my keep. The lesson here is, never trust AI to do your work for you.

Being on 3DS systems it shouldn’t be a surprise that the game doesn’t look quite as good as the Wii U version, but as I said in my preview it’s a wonder that the game is running at all. We’ve got battling arenas that are rather vast and they’re populated with enemy numbers in the thousands, and then there are giant boss creatures on top of that as well. Omega Force has really worked wonders getting the game to run on 3DS hardware, sacrificing texture detail and complicated geometry to ensure the game runs at a decent frame rate.

There are some caveats here: when things get really busy the game starts to struggle under the weight of the engine as the frame rate drops to low levels, also of note is how enemies can be visible from far away but others can just appear and disappear right in front of you. When the enemy isn’t rendered by the game engine you cannot harm them, and not knowing how many are in the immediate area can affect your ability to capture keeps quickly because you are waiting for them to be rendered into the world.

These graphical problems aren’t an issue for those who own ‘new’ 3DS systems. The extra grunt afforded by the revised hardware allows the game to display more enemies at a time, minimizes enemy pop-in and smooths out the frame rate considerably. I upgraded to a ‘new’ system halfway through my time with the game and I couldn’t believe the difference that was made, it was like a completely different game, and my experience was vastly improved as a result. It is a shame for older 3DS system owners, but it’s a wonder the game is running at all.

What we have with Hyrule Warriors: Legends is a Zelda franchise fan’s wet dream come true; the amount of included characters, items and features is designed to encourage them to be excited for every moment they experience. Every unexpected character appearance, the recognisable moments, and especially the treasure chest opening sequences, heighten the enjoyment of a game that can, at times, drag under the weight of its constant directing of your attention. Anyway, it could be down to the source material, but Hyrule Warriors: Legends is by far the best musou game I have played, if you yourself have struggled with them in the past this may very well be the game that changes that.

An amazing technical achievement.
A lot of game in one package.

Hyrule Warriors: Legends is a solid handheld musou experience only let down by some technical limitations.