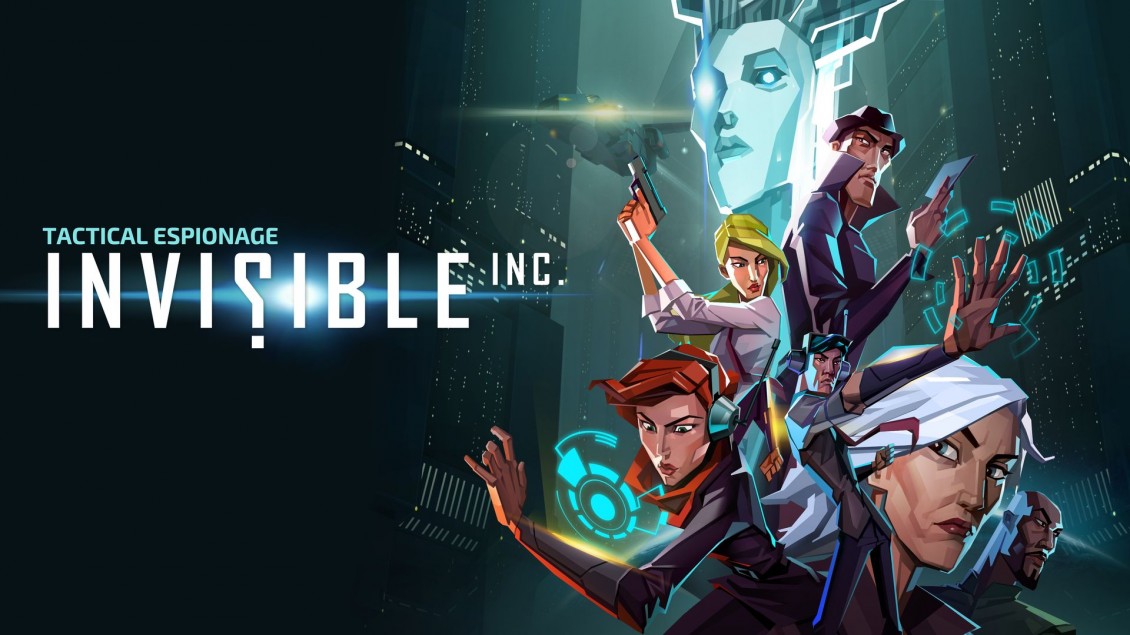 I’m an operator guiding these revolution-hardened and life-withered spies around a fairly lightly guarded complex, in search of a vital piece of information that will kick start our recovery and help us in the fight against the all ruling, all evil corporation, and it’s going swimmingly. My agents are making their way around the building unseen and unheard, the only guard is put swiftly to sleep.

The infiltration is in full flow. Then I hit a snag. A surveillance camera has activated and Internationale, a fierce and compassionate red head, is trapped behind cover. All exits are blocked, and there’s no way to turn off the camera – nowhere to go. No worries, Becker, in his moody trench coat and un-ironic fedora can get what we need and then they can make a run for it. The information is secured, wonderful. But then, out of nowhere, guards with guns already cocked storm their way inside. One has a gun to Becker’s head, two have Internationale covered from each side. Oh shit.

Becker manages to knock his adversary out senseless, Internationale does the same, but she can only get one. The other shoots her: she’s down. I look at the area, Becker is right near the teleportation pad; he’s nearly home free. Internationale has a guard and camera watching her and is so far away – what can I do? What should I do? Is the objective of the mission more important than saving a member of the team?

I tell Becker to leave her behind. We get the information, but was it worth the cost? And that was how my first ever mission in Invisible, Inc. went, and the sense of drama was tangible from the very start. Now, obviously someone who is actually good at game probably won’t find such hardship so early on, but alas, that’s just me.

I like the premise a lot – it’s ace. Told in a single wonderful looking cutscene, Corporations have taken over the world. Every human now lives in an Orwellian reality. Aside from a group of spies, rogues who repel the order. The corporations hit the Spy HQ and many are lost in the attack, two operatives and the leader escape the massacre but they still have work to do. They have 72 hours before their spy software runs out of power and their crusade against the establishment comes to an end. You, as the overseer, have to guide spies through various different complexes to retrieve information, upgrades, money, captured comrades, anything that will help in the battle to come. But since you’re awfully outnumbered and underpowered you have to do it espionage style: in, out, not leaving a trace.

When you pull off a mission in the ideal fashion, without even being spotted, it feels incredible. It’s so satisfying to know that you slipped by their defences and security and they never even knew it. It’s a game that expertly puts you in the role you’re playing, in game you’re guiding the spies and you’re doing the exact same thing in real life. But it rarely happened for me because the game is just so difficult. Laugh at my ineptness all you like, but I was playing on the easiest difficulty possible and was still getting munched within about two missions. How operations work in Invisible Inc is that each spy has a certain amount of action points per turn, after each turn the security level rises a bit and after every six turns the security level goes up which makes an area more difficult. I like the idea of this as it makes you consider your actions carefully, to take the most efficient route in order to get out in time before things get messy.

But that’s just the issue: it was impossible to plan my route as it isn’t said where on the map the objective is, so I often wound up heading in completely the wrong direction which resulted in me being on about security level seven (practically impossible to escape) by the time I actually reached the objective. Whenever I did manage to escape unseen, it felt to me that it was more because the randomly generated maps were on my side rather than my cunning planning. It felt like playing chess but only being able to see half the board, unable to tell if I’ve made the right move or not.

It has a lot of complexities and variables, the customisation options for campaigns are extensive, and someone who is really into Invisible, Inc. will no doubt love being able to change every little thing to make whole game feel different. But the level of the different options and writing on the screen was quite overwhelming and it takes getting used to. Although I do think it works quite well on console (and it includes the Contingency Plan expansion), it’s not as fiddly as you’d expect with a game of this kind getting ported to console from PC, and once you know what does what it is quite simple. I don’t mean to sound so down on it, because I think it’s a great concept. The cell shaded, neon art style is pleasing on the eye and I did genuinely enjoy a lot of my time with it. There was one mission in which I was completely surrounded but, after rewinding a turn, I managed to solve everything and get away. That was probably my most successful mission and it felt great, but all too often I just found myself getting frustrated at arbitrary cool downs, not being able to permanently get rid of enemies and practically everything else that just served to make each mission harder as it went on.

I’m not suggesting that these should be completely removed and the harder modes should be removed – that’d be moronic – but I do feel that the ‘beginner’ mode needs to be a lot more lenient as newcomers may just find themselves put off. Then again, I’m probably just shit at games. This is a turn based, spy espionage strategy game in which you have to guide spied through various complexes to retrieve vital assets for a rebellion cause, and while it gave me a few moments of feeling brilliant when I actually did manage to complete a mission, more often than not I was left frustrated by harsh rules and insane difficulty.

Review code provided by Klei.
Liked it? Take a second to support GodisaGeek.com on Patreon!

Hard, even on beginner difficulty. Newcomers may be put off.
Arbitrary cool downs are frustrating
Hard to feel smart when success feels based on luck

Invisible, Inc. gave me a few moments of feeling brilliant when I actually did manage to complete a mission, but more often than not I was left frustrated by harsh rules and insane difficulty.