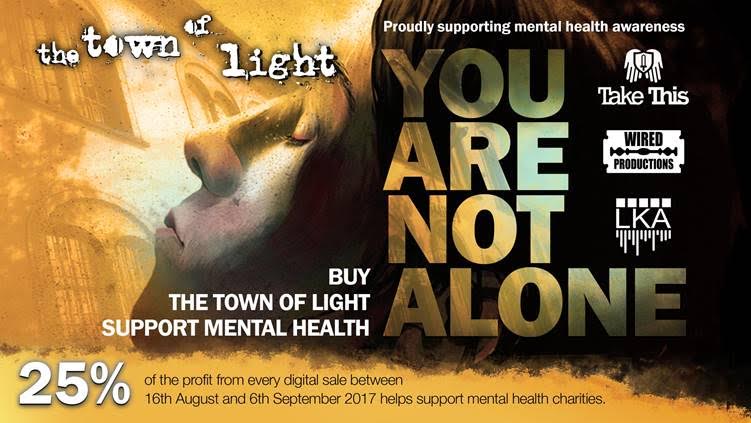 Wired Productions, the independent games publisher and developer, and LKA have announced that their initial fundraising effort for mental health awareness has raised $10,000. The proceeds from the fundraising activity will be given to Take This, Inc. a charity whose mission is to raise awareness, offer support and provide safe spaces to those in need.

The money was raised via digital sales across all formats for The Town of Light with 25% of net receipts allocated to the fund. Wired Productions and LKA also had the support of multiple digital retailers to offer a 20% discount on the game itself during the same period, with online retailer Games Planet also contributing directly to the fund.

“We’re delighted by the success of this first campaign,” said Leo Zullo, Managing Director, Wired Productions, “but the work has only just begun. We’re excited to work with Take This to put the fund to great use, and in the coming months, we’ll be announcing more initiatives. We’re steadfast in our belief that Mental health is an issue that the gaming community, as a whole, needs and wants to tackle. We’re driven in delivering real support, wherever we can.”

Russ Pitts, President, Take This, Inc. said, “Since Take This was founded, and started sharing our message of healing and hope, we’ve seen thousands of people come forward with their own stories, sharing, and encouraging others. Wired’s financial contribution is a real help, but the more tangible support is knowing their voice has been added to ours, saying ‘It’s OK to not be OK.”

The retailers involved in the campaign include:

Likes to shoot stuff and wear pretty shoes. Is a BEAST at Titanfall.
MORE LIKE THIS
Inc.LKAMental Health Awarenesstown of light