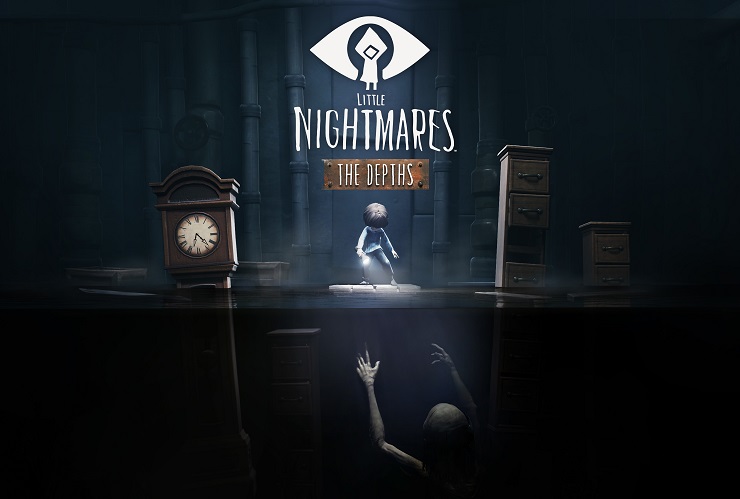 Little Nightmares is a delicious slice of macabre overshadowed by the games in its genre that came before. Limbo and Inside did a magnificent job of creating dread and unease within a world you could never be comfortable in, and so did Tarsier Studios’ creepy adventure, but at times it got a little tiresome, or felt hollow when it could’ve made much more of an impact. Still, I enjoyed Little Nightmares and the miserable world you were a part of. It was dark, oppressive, and weighed heavy on your soul, so sure, more of that please!

The Depths is a collection of three parts of DLC, following a different character as he tries to escape the Maw, albeit in a much different way than the girl from the original game. After spending a short time backtracking across some of the girl’s adventure, you drop through a manhole into the dank depths of the Maw. You’re still a victim of Tarsier’s shadowy and dark aesthetic, at times struggling with where you’re going or what you can see. I had to play in the dark because I couldn’t see a thing, and having to press a button to turn on my torch every five seconds became an irritation. I understand the design choices here, but the torch should surely stay on for a bit, and not turn off every time you have to climb or jump etc.

The environment of The Depths is dingy, wet, and miserable, which in any other game wouldn’t work, but for this DLC it’s great. Old suitcases and oil drums float in the murky water, tall cupboards and drawers act as climbing frames, and the sewers in which you traverse have a great deal of detail in them. OK, so it may not have as much diversity or variety in level design as the main game, but it still does enough to keep you journeying through and finding your way out of the claustrophobic and oppressive hell you’ve found yourself in. As for the DLC’s big bad monster, you’re constantly faced with a creepy as hell entity swimming underneath the water. With almost every pool of filthy water you have to swim across, bubbles fizz around you, and as you swim, the groan of the orchestra accompany them as they close in on you. If you stay in the water too long, the creature’s long and thin fingers will grasp your body, pulling you into the depths of the water. Before the first time it happens, your nerves grow as the anticipation builds, but the animation is a bit underwhelming. The hand grabs you and drags you in, and that’s it. From then on, it becomes more of an annoyance, and the creature starts to frustrate if you fall in, or outstay your welcome in the waters.

Puzzles litter The Depths, and help to provide a challenge as you make your way through the Maw. Most of the puzzles you encounter aren’t too taxing, but they’re smart enough to have you scratching your head and giving trial and error a go – the balance is just right, as you’re never spending too long on an area. Sometimes it might be as simple as using a loose floorboard as a ledge, or finding a winch in the grim rivers of the underground, but the puzzles do stay varied, and it’s appreciated.

Whether you wanted more Little Nightmares or not, it’s here and it’s pretty good. The darkness of the Maw is back, as are the puzzles, but the main enemy is a bit of a washout, and the story once again isn’t best portrayed within the confines of its shadowed environment. I think you’ll enjoy it, but it’s rather short and not a lot more than a mild extension on what you’ve already seen before.Inside

Nicely designed environment
Puzzles are the right level of difficulty

If you enjoyed Little Nightmares, this is for you, however, it isn't quite as engaging or as interesting this time around.