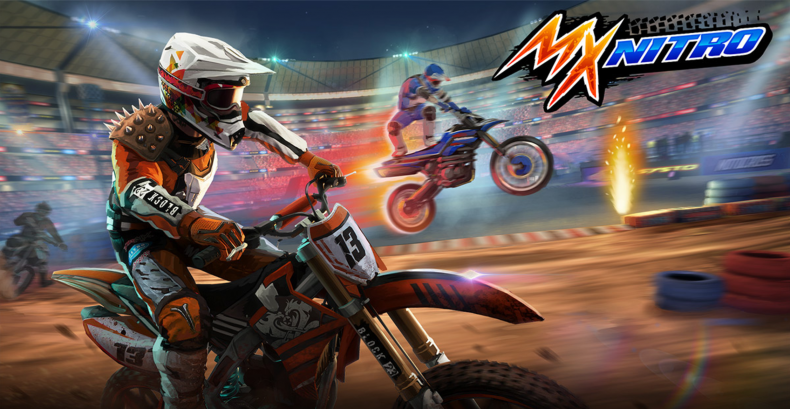 Remember Kick Start? Of course you don’t. You’re probably too young to remember a daft TV programme from the 80s, and you’re probably wondering why you’re reading some idiot’s musings about a long forgotten piece of BBC history. But bear with me on this. You may at least remember Excitebike on NES, either via the retro scene that’s bigger than it has ever been, or through Nintendo’s Virtual Console or its recent NES Mini–assuming you were lucky enough to see one of those mythical creatures. Well, Kick Start and Excitebike were both about dirtbikes. Kick Start was a great little series where people would compete in Trials events, showcasing some incredible skills (especially impressive on the Junior version of the programme) and my love for that daft TV show is the reason why Excitebike initially appealed to me. From there on, I held onto a quiet love for games based on dirtbikes, with Motocross Madness on PC being a particular highlight. Are you still with me? Well, once Trials HD arrived on Xbox 360, that old love of both dirt bike games and Kick Start hit me in the face harder than the Trials series’ infamous difficulty. It was as close to Kick Start as I was ever likely to see, albeit with some fantastical level design. Now, Saber Interactive’s MX Nitro arrives, fusing together the Trials series’ extreme tricks with the fun of Excitebike’s racing. On paper, this should be the perfect game to suit my dirtbiking needs, but the reality isn’t quite that straightforward. To be clear, MX Nitro is by no means a bad game. Far from it, in fact. It just has some issues that hold it back.

Its most major issue is its difficulty curve. Right from the start, the AI is faster than you and rarely makes mistakes. The further into the game you go, the more this is amplified and you’ll find that it’s nigh impossible to win a race event on the first try, even through sheer luck. This is fine in a game like Trials, wherein the only race is against the clock, but when the game’s entire progression structure is based on winning races, it soon becomes a frustrating experience. MX Nitro does at least offer winnings for your performance in any race, regardless of your finishing place, in order to upgrade your bike or even buy a new one. The upgrade system isn’t exactly deep, this isn’t Ride 2 or anything, as it’s just an all-encompassing option than improves every facet of your bike’s performance. Each bike offers wildly different pros and cons too, and switching between them is key to winning different event types. A bike with high agility and acceleration is great for stunt-focused events where score decides the winner, whereas higher top speeds are obviously better for races with long stretches between jumps. Okay, so you’re likely going to have to fail a few times before switching to the right machine for the task at hand, but each failure will at least net a bit of extra cash to go towards that next upgrade. Grinding is sometimes required for these upgrades, which can be very dull, but at least the game is relatively fun to play while doing so.

The gameplay itself is pure Trials, albeit with a slightly less weighty physics system. Everything is on a 2D plane, a nudge of the left analog stick leans forward and back on your bike, with wheelies even adding a little extra to your boost meter. This, combined with the focus on actual racing, is where MX Nitro differentiates itself from Ubisoft’s franchise. Using boost effectively is an absolute must for winning any kind of race event, and gaining boost is tied to your use of tricks and stunts. For example, a tap of the A button during a wheelie will turn it into a “no hands” wheelie, which adds an extra bit of boost on top of a standard wheelie, which can give you extra lift for the next jump. While you’re in the air, combinations of the face buttons will perform spectacular tricks, but don’t forget to stick the landing or you may find your face grinding against your front wheel and all your hard work will go to waste. Because unlike Trials, there are no checkpoint restarts here. There are instant restarts if you want to use them, but it will restart the entire event. It’s often more beneficial to just take the hit and lose the race, but still earn a bit of cash. Luckily, events are usually over quickly, so restarting races isn’t a big deal, and loading times are mercifully short. There’s a decent number of different event types in MX Nitro, not just races, and although they may not be wildly different, it does ensure that there’s still some variety on offer throughout career mode. Many are simple races or stunt events, but there are a couple that may surprise you, too. They’re often backed up by some interesting level design, keeping things moving at a decent clip but also challenging your reflexes. The camera isn’t entirely on your side, however, as it is far too zoomed-in during most of your time with the game. This is why your reflexes will be tested more often than necessary, as you can’t see the track ahead a lot of the time, leading to some annoying moments as you attempt a trick, only for the jump to be much shorter than expected. Combine this with the AI’s almost superhuman speed and ability, and MX Nitro’s biggest flaw is easy to see.

It’s a shame really, as there’s potential in the game, especially in a market that’s essentially been monopolised by the Ubisoft-published Trials series. Like most of my time with the game, nothing is perfect on the first attempt, and that rings true for MX Nitro. Perhaps a sequel will learn from the mistakes made here, and Trials will finally have a real challenger.

In a genre monopolised by the Trials series, MX Nitro can’t quite compete on the same level, but it gets points for trying something a little different.