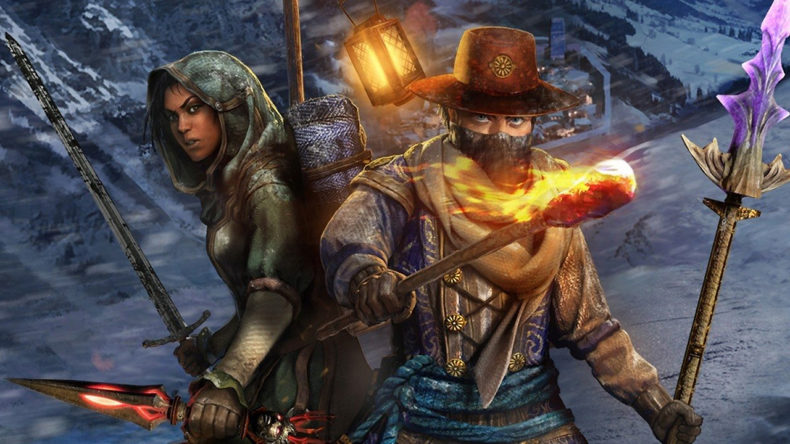 Outward: Definitive Edition is one of those epic fantasy RPGs that always look really good in screenshots and trailers. A lush, sprawling world, dozens of enemies, gear, loot, magic, and just enough of a survival element to keep things interesting. In practice, however, it’s less appealing, and certainly a far better for for PC than console.

Having reviewed Outward a few years ago, I already knew what to expect going into the PS5 version. I was hoping that in the years since my initial look Nine Dots would have added a little more polish to the experience though. It’s not that Outward Definitive Edition is bad – in fact parts of it are very good – it’s just that it suffers from a pretty bad case of jank in places.

Your protagonist is an amateur adventurer whose last voyage went sour. Waking on a beach with no possessions, you learn that your ship sank and most of your party is dead. When you return to town, you’re blamed for the whole thing and told you have 5 days to pay off 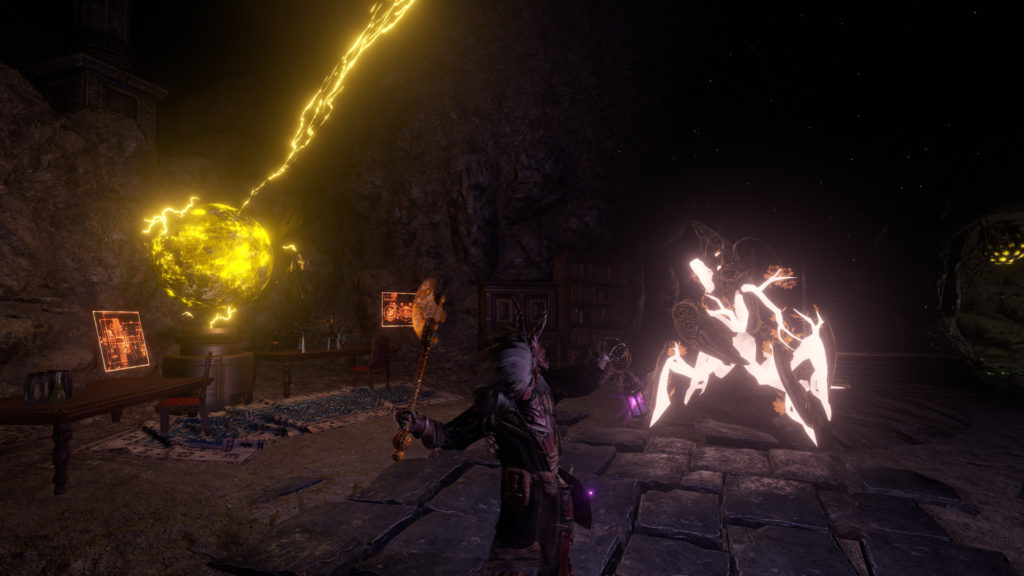 So that’s your motivation. Head out into the world and accrue a small fortune (it’s not actually that much) or work off the debt by performing tasks for the townsfolk. Before you leave you’ll need to craft a quarterstaff, find a backpack, and gather some provisions like water and food. And then, we’ll, you’re on your own.

The open approach to adventuring serves Outward well. There’s little forced structure, and you can boldly stride off into the unknown to face your destiny with barely a second thought. Unfortunately, though, the world is incredibly dangerous. Just wandering down onto the beach saw me mulched in seconds by a giant lobster. I was torn apart by bandits on my second trip out.

A rather nice addition is the ability to ditch your backpack with the push of a button. The loss of weight makes you nimbler and quicker, allowing you to dodge and attack with less stamina cost. Just don’t forget to pick it up again. 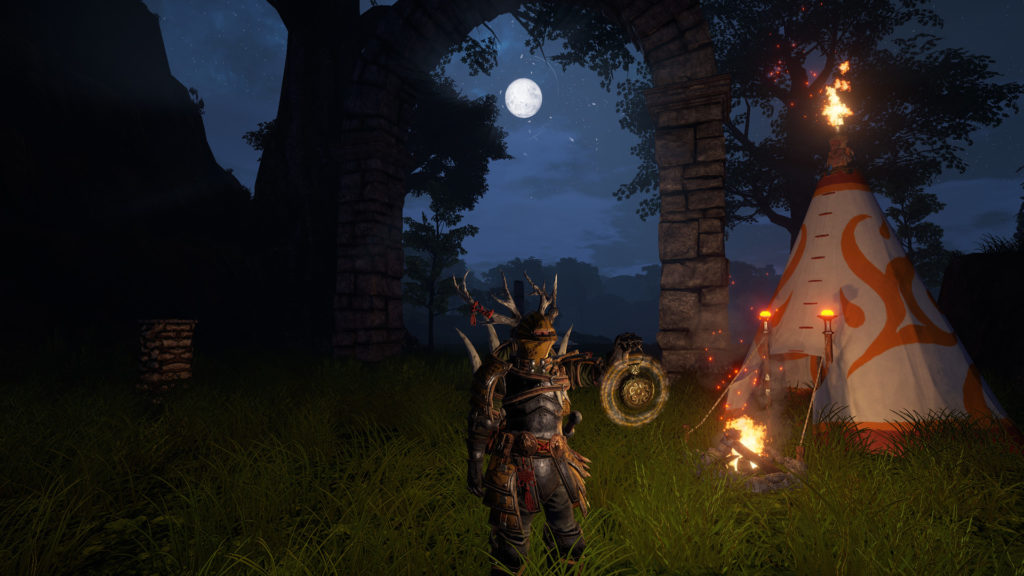 Even with this touch though, the combat is just not good. It’s imprecise and weightless, lacking any kind of impact or catharsis. You just snack things or throw magic and you don’t ever feel like you’re really achieving anything. Fighting more than one enemy is difficult because the lock-on is temperamental, and overall it just lacks the finesse it sorely needs.

The actual adventuring is the highlight, which is probably the point. Your character isn’t meant to be a valiant hero, after all; you’re just some rando with poor financial skills and a rucksack full of junk. Exploring the world is rewarding in itself though. The further you range, the more you’ll see, and you’ll soon be carting back valuable treasures to clear your debt before getting a taste for the adventurer’s life and doing it for fun.

My initial observation about Outward looking really nice in screenshots is an important one, though. In motion it’s not a particularly attractive game. Character models are a bit stuff and some of the environments are a little too sparse. Catch a decent sky box or rolling meadow and it looks pretty enough, but there are better looking RPGs and survival games out there. 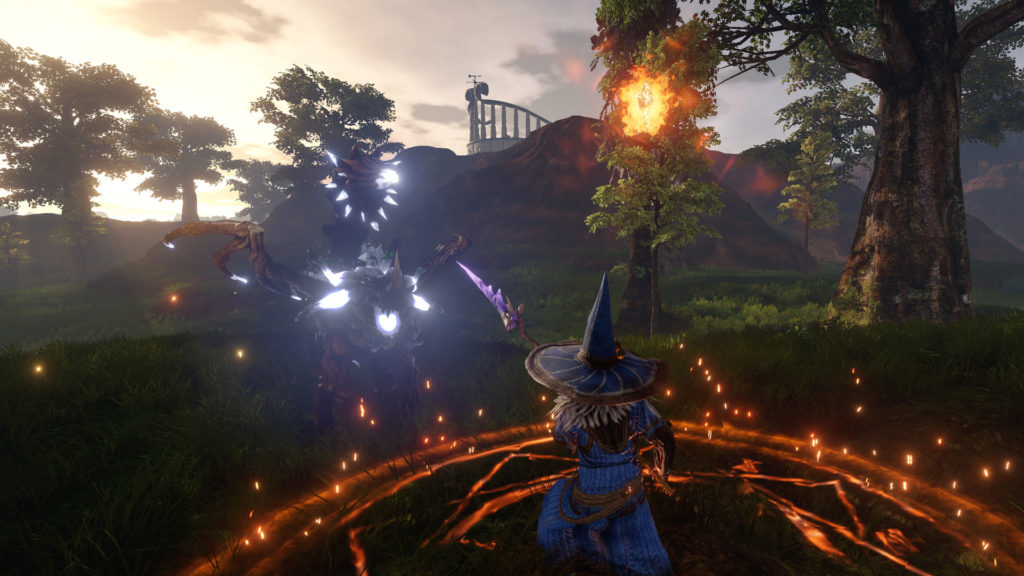 There’s nothing in the PS5 version to really make it stand out, either. It makes little use of haptics and plays no different to the PC version. That said, it does come bundled with both DLC packs. You can engage with the multiplayer should you choose, which works better than in many fantasy games. Split screen or online play allows you to team up near or far and tackle the tougher challenges together. It doesn’t perform any worse, and if anything the thrill of discovery is better when shared.

What Outward Definitive Edition lacks in polish it mostly makes up for with heart. There’s a lot of love in the game, lots of little ideas that gel together in a title that entertains despite its shortcomings. The jankiness here is endearing in many ways, and everything feels like it exists in context. It’s a well-realised world full of danger and excitement, and as such it’s always compelling if not completely thrilling.

There’s not much here to really dazzle, but if you haven’t yet played Outward, there’s a lot to like for RPG and survival fans.

There's not much here to really dazzle, but if you haven't yet played it, Outward Definitive Edition has a lot to like for RPG and survival fans.