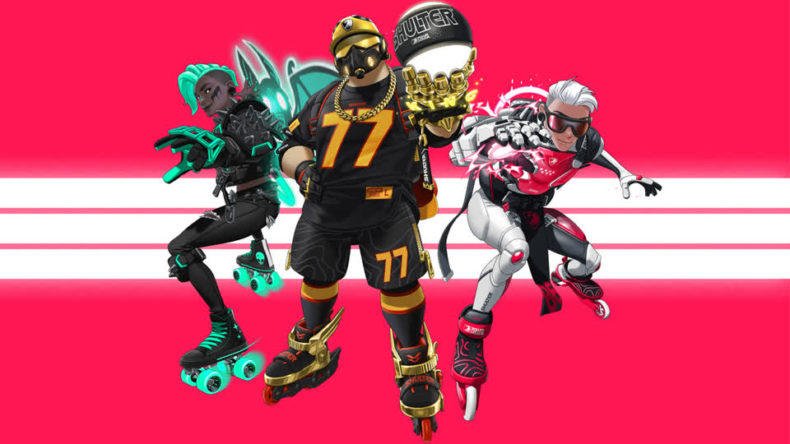 It’s been a little over a year since I tried Roller Champions for the first time. I didn’t play for long, but the main takeaway was Ubisoft wanted to create a simple yet fun game that rewarded teamwork. In all honesty, not much has changed. The gameplay has been refined, as has controlling your skater, but the core structure remains the same. Although it was an almost identical experience, I still enjoyed playing. It’s not perfect, and there are definite frustrations, but it could be a strong online multiplayer if it’s supported right.

The main premise of Roller Champions is playing 3v3 around a single track, trying to put a ball through a hoop. Skating anti-clockwise around the track and passing through concurrent checkpoints will open up the hoop for you to score a single point, and if you score, you’re on your way to victory. However, if you choose not to shoot and continue circling the track without losing possession, you’ll get the chance to score three points, then five. It adds a nice element of risk and reward, but the frustration of getting hit is a constant thorn in your side, and ultimately for me, sullied the experience. 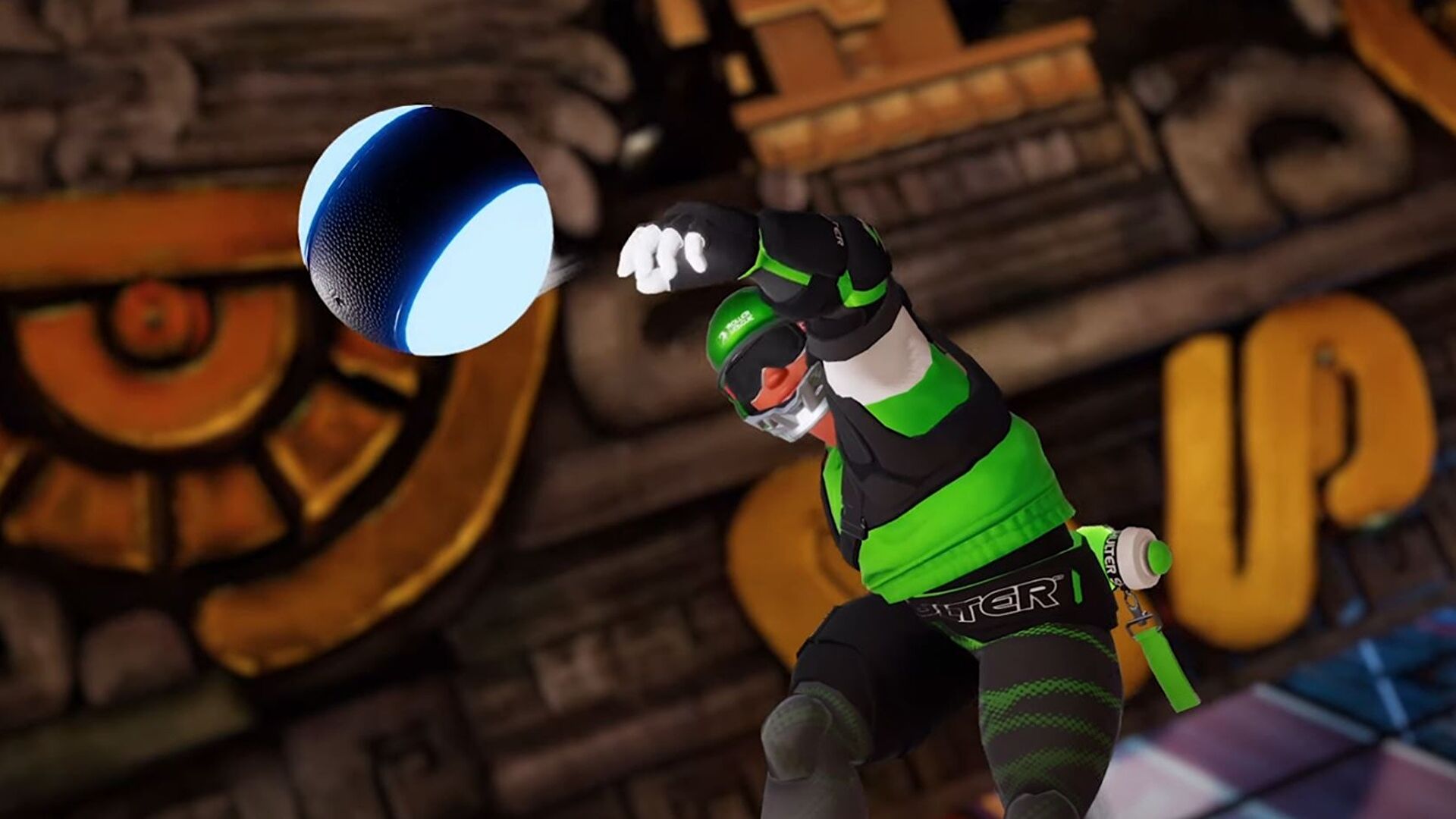 While the simplicity of the rules aren’t going to confuse you, it’s about how you choose to play that boosts the excitement. Skating around the oval normally gives you a fair amount of speed, but you can pump to pick up some serious distance between you and your opponents. You’re not bound to going the same direction, so if you’re without the ball, you can go the opposite way and try to knock the carrier over. Tripping someone over feels so satisfying, but I found far too many players abusing it, even when I was without the ball. It was frustrating and often unnecessary, but how do you police that as a developer? It’s not a dig at Ubi, or even their fault, but it feels like there needs to be a way to mitigate this.

Despite players constantly tackling in certain games, there were plenty of matches that rivalled the thrill of a tense game of football or basketball. When your team is in perfect synergy (or your chatting and playing with mates), games can last a surprising amount of time. On paper, all you need to do is score five points to win (or get more points than the opposition within the seven-minute time limit), however, games can be nail-biting and genuinely exciting. Yeah, it’s frustrating as you just miss out on a 5-point scoring shot, but intercepting the opposition a millisecond before they do the same is as satisfying as it gets.

When all players are on the same page, the competitive edge of Roller Champions is magnificent. Scoring a single point is good and all, but hitting those threes and fives is a thrill, especially when your team works in unison to avoid being denied. Passing down the track, dodging and weaving through oncoming lunges at you, and jumping over potential blocks feels amazing when done correctly. I got just as much pleasure as passing to a teammate who was open and ready to shoot as I did scoring. The controls are simple, and this helped me to focus on my tactics. 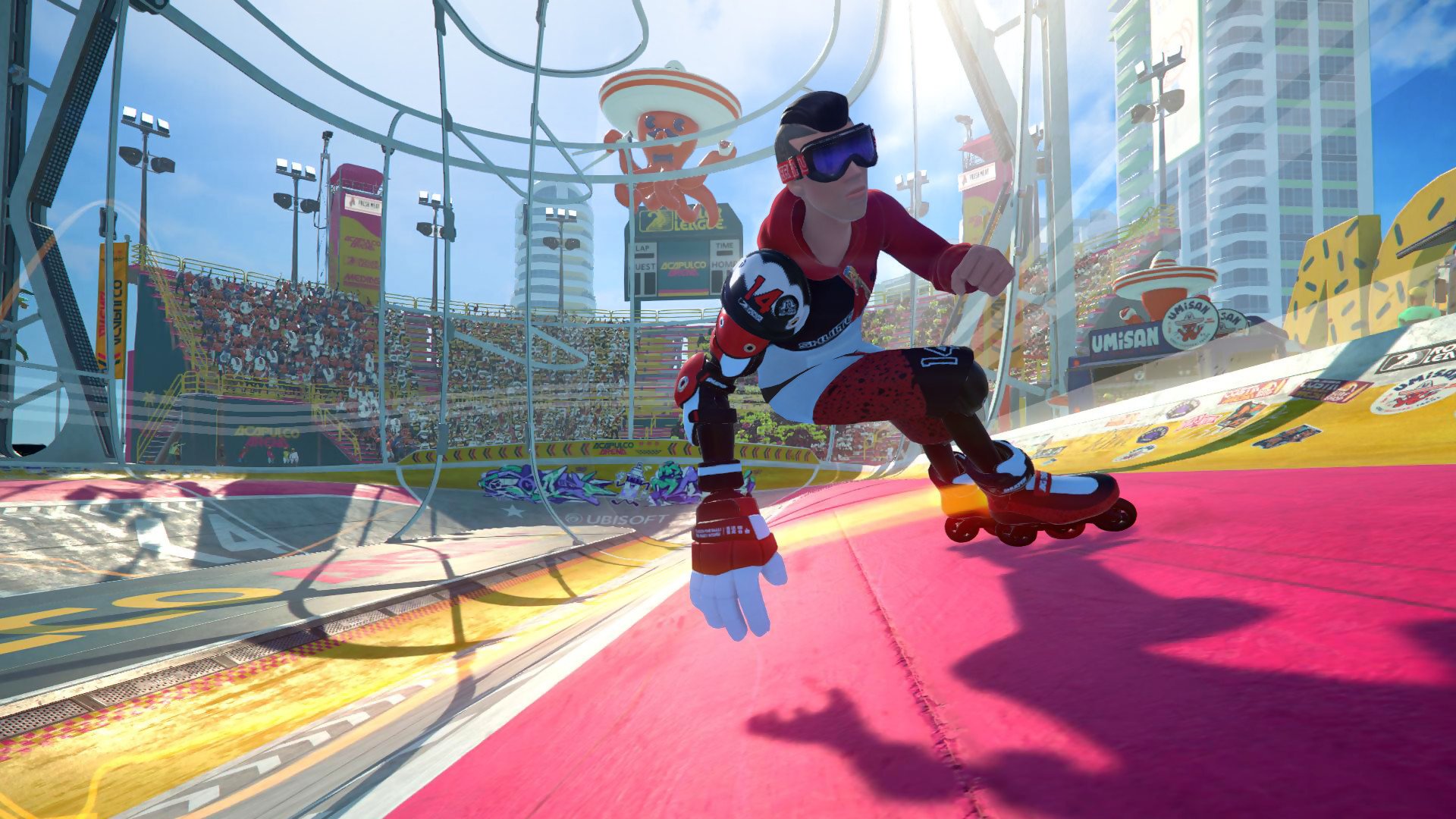 Roller Champions is set to be a free-to-play title, and at present, there’s not a lot there to keep players playing. I’m sure many will appreciate the initial few hours unlocking new matches and customisable items, but the long haul is where it needs to be strong. So far, it feels as though Ubisoft are committed to making it a success. There’s a Roller Pass that rewards players with cosmetic items, and challenges exist to reward you with in-game currency to spend on personalising your skater. Like every game operating in a free-to-play environment, there has to be a big player base to make it work. While the initial customisation is pretty bare bones, the items in the store and on the roller pass look snazzy. I’m just not sure how players will feel about the cost of certain items because they seemed pretty pricey.

For now, Roller Champions is going to impress players in the early stages, but as time goes on, I’m not sure how diverse the experience will be to make players sink hours upon hours into it. There’s a skatepark where you can muck about in and chat with friends, along with the occasional challenge, and special matches bend the rules for new ways to play, but I’m just not seeing where the longevity is. Playing is so much fun, but when you keep getting knocked off your feet by the opposition solely because they’re playing to do so will piss off a lot of people. Time will tell, of course, and I hope Ubi stick with it because there is a lot of potential, but for now, if you’re not grabbed by the gameplay, there’re other titles that do it better.

Roller Champions provides a solid gameplay base, but only time will tell to see how dev support will keep players coming back.