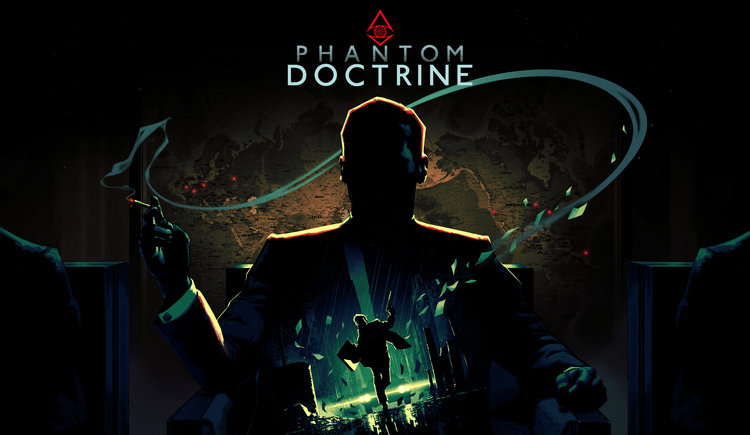 When XCOM: Enemy Unknown launched in 2013, I predicted an immediate future wherein everyone aped its unique blend of turn-based combat, stylised violence, and base-building. Fast-forward 5 years and it turns out I was pretty wide of the mark. Firaxis created such an identifiable system that anyone using it would have been called out immediately.

Well, now it seems a respectable amount of time has passed that other developers are feeling safe enough to start cherry picking the elements they like. We’ve recently seen Mario & Rabbids: Kingdom Battle on Switch, and now we’ve got Phantom Doctrine on PS4 and Xbox One. The biggest and most immediate difference between this and XCOM is the setting. Phantom Doctrine is a Cold War spy thriller set in 1983, and swaps aliens for Soviets (or the big bad CIA, if you pick the KGB instead). Both sides play more or less the same, with primary differences to targets, agents, gear, and locations.

Story isn’t a focus here, but the plot works as a decent enough framing device. For example, the CIA plot sees you chasing down a pair of rogue agents in possession of nuclear launch codes, which is par for the Cold War course. It bounces from cliche to cliche, encompassing everything from terrorist cells to bomb defusals, microchips hidden in false teeth, double agents, and femme fatales. It’s all pretty camp and self-aware, but more enjoyable for it. There’s less of an onus on combat than you’d expect, though. In fact, the majority of your time is spent between missions either on the map screen or in the briefing room. The former is where you advance time for the completion of research projects, and send your agents on assignments around the globe. During this time they’ll recon enemy locations, go on stake-outs, tail the bad guys, and send back intel to build dossiers.

In the briefing room you’ll use this gathered evidence to assemble one of those super cool intel maps on a cork board linked together with string. You sift through documents for keywords, then lay out the evidence and link it up with the central target. Once you’ve cracked it, you’ll usually be able to launch a combat mission. It’s not particularly taxing, but it does carry its own sense of achievement, and it feels, well, espionage-y. On the flip side, the combat missions are very XCOM. We’re talking half and full cover, close up kill shots, overwatch, and grid-based movement. You build your team from available agents, taking into account their various skills and proficiencies, then gear up and deploy. You take it in turns with the enemy, advancing your agents through the map, sticking to cover and using stealth where possible. You can outfit them with bullet vests, grenades, smoke bombs, and medkits (among other things), but it does look weird when an agent in a pencil skirt and blouse pulls out a shoulder-mounted rocket launcher.

There’s no percentage to hit, but each attack does varying damage based on positioning, range, armour, and cover. Taking damage will see an agent out of commission for a few missions (though you can pull them out of the infirmary early if you want to), but doing well earns them perks and promotions. I found the controls occasionally fiddly, as you’ll need to use triggers, bumpers, and the d-pad to navigate the movement and ability options.

In most missions you’ll have something to hack or steal, and secondary objectives reward you with weapons and gadgets. A lot of the time you’re working against a clock built around turns, especially when you call for evac and need to reach the getaway vehicle before the enemy can destroy it. Elevation, obstructions and environmental hazards play a major part, although the enemy has an almost supernatural ability to sight you and hit you from the other end of the map, through walls and over cover, with, say, a Kalashnikov. A sniper I would be okay with, but a mid-range assault rifle I am not. It’s the only real problem I have with the combat missions aside the occasional judder and glitch when the camera pans in for a killshot.

Graphically it’s decent, though all the detail in the world can’t help the drab, samey environments. The sound, too, is largely forgettable, although some of the agent dialogue is horrible. There’s an overly flirtatious female voice in there, and a male agent whose soundbites are so creepily lecherous they’d make Austin Powers cringe.

Phantom Doctrine is a strange one, all told. On the one hand it’s so like Firaxis’ modern classic that it’s almost laughable, but then it throws its own blend of ideas and innovations into the mix that do just enough to produce a brand new flavour. One thing I didn’t experience with Creative Forge’s game was boredom. I enjoyed the idling moments between missions when I felt like the director of a secret team of spies almost as much as I enjoyed directing the spies on the ground, and the overall experience is one I’d recommend to any fan of turn-based tactics or cold war skullduggery.

Playing the spy game with Phantom Doctrine is an enjoyable, if slightly flawed, experience.