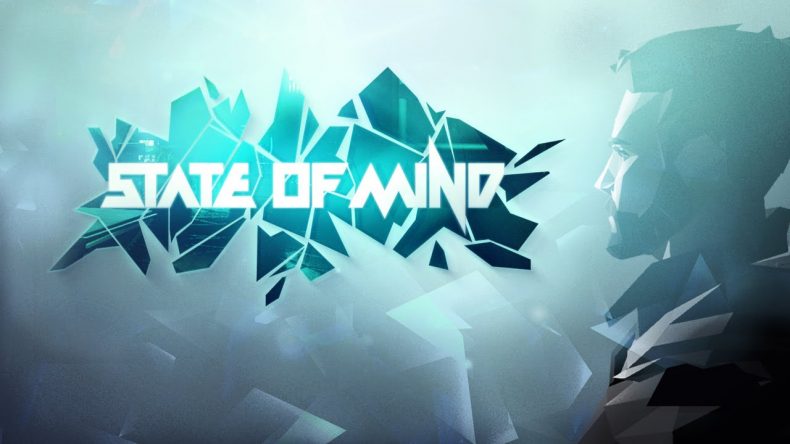 Transhumanism is one of those concepts like nuclear war or Artificial Intelligence that makes for really cool games, books, and movies, but is actually pretty terrifying when you look at the facts and, more importantly, how close we are to achieving it. It’s a concept at the heart of many games, most notably Deus Ex, and it’s also the subject of Deadelic’s State of Mind, a modern point and click mystery set predominantly in near future Berlin. To discuss the story at all beyond that would be to give too much away. As a game with a linear narrative and little replay value, story is everything, and Daedelic have poured a great deal into crafting a compelling, thought-provoking tale.

Everything is shrouded in mystery, from the location of Richard’s missing wife and son, to the illness affecting Adam’s child, and even the circumstances of the car accident. Supporting characters drift in and out and bring their own mysteries, and an undercurrent of distrust and fear runs beneath almosy every scene. AI bots clean house and lend companionship to children and the lonely, while the Cloud connects everyone, and disembodied AI organisers help the busy plan their lives, but humanity’s relationship with this snowballing technology is a tentative one, and to those like Richard the future is precarious at best. While the story is by far the most entertaining aspect, despite its grim, dystopian tone, the gameplay can feel a little staid. Essentially it’s a point and click, and you’ll switch between Richard and Adam and navigate them around the game world, examining, interacting and talking with contextual triggers that reveal information or move the plot forward.

The blocky art style took me back to my GameCube days, and the cartoonish animation and Stark colours give the whole adventure an otherworldly feel. The atmosphere is a tool in State of Mind, and helps keep even the most mundane of tasks just interest enough to keep you curious. That said, in a world of instant gratification, first person shooters and sixty-hour open worlds, some will struggle to click with State of Mind’s ponderous mystery. The protagonists, too, could be an early problem for some. Richard is almost irritatingly aggressive and Adam is, at least initially, too passive a presence. Stick with it, though, and the dynamic begins to shift in very interesting and unexpected ways.

A simple control scheme counterbalances the unwieldy character movement, as most interactions come down to Examine or Interact / Talk, and the pace rarely changes. Tension often comes in the form of “Press X to Jason” moments, but this was never billed as an action game. There are moments during State of Mind’s narrative that call into question what it means to be human and where we’re going as a species that will certainly get you thinking, but you have to wonder if, occasionally, Daedelic are beating us over the head with it all a little. It has none of the powerful moral choices found in Deus Ex or Detroit: Become Human, and so beyond solving the mystery you’re not really in direct control of the fates of Richard or Adam.

State of Mind offers few thrills among its twists and turns, yet the world it constructs feels worthy of investigation. It’s a shame, then, that you’re not free to explore it more. In fact, you’re an observer for much of the tale, but thanks to some bold ideas, the game is compelling enough to hold your attention even if it isn’t always as dazzling as you’d hope.

Big on story but short on thrills, State of Mind nevertheless delivers a compelling mystery