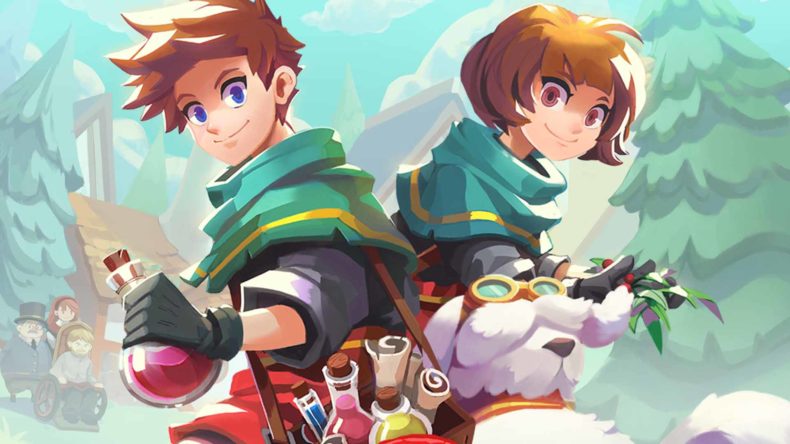 We use a lot of potions in video games, but we rarely think about where that potion has come from. Buying a potion and using it when you’re in a pinch is all well and good, but what of the humble apothecary that made that helpful and tasty brew? Potion Permit is a game to celebrate all the healers out there who have helped us battle through many a boss fight.

After an accident involving a previous chemist caused plants to die and the land decay, the people of Moonbury aren’t really fans of modern medicine. When an unexpected letter requesting help comes to the Medical Association from the mayor, our hero is shipped out to help build bridges with this community.

It’ll take some doing though, because when you arrive and take up residence the entire village is pretty outraged. To start earning their trust you go out to collect materials, so you can mix up a potion for the mayor’s daughter. You’re equipped with a sickle, an axe and a hammer, so you hack down weeds, smash rocks for ore, and cut down trees in the search for the perfect ingredient. You’d better keep an eye on your energy meter when you do this, because otherwise you’ll collapse and wake up late the next day (after being shamefully rescued by a ranger). 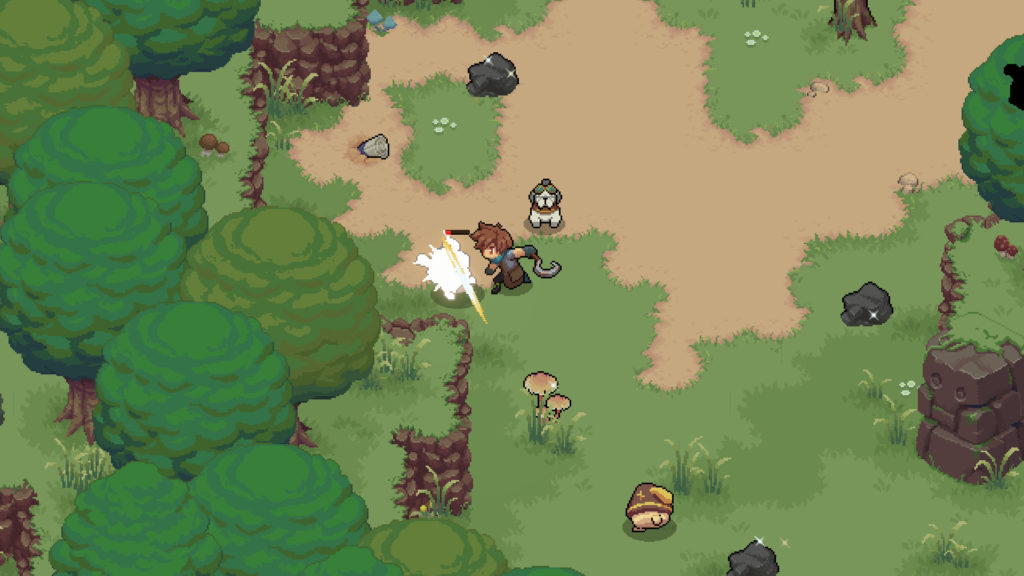 There are also enemies outside of town too, who will happily send you home injured if you don’t take care of them. Combat is as simple as swinging one of your farming tools at a nasty mole or bear. Some tools are faster but deal less damage whereas others are slow and strong, but you’ll need to use all of them as enemies have shields that can be destroyed or armour that need shattering. Taking them down isn’t just something you do to survive either, because they’ll also drop potion materials.

So far, so Stardew Valley, right? Well, brewing up potions is (as you might expect) a huge part of Potion Permit, and involves choosing ingredients to slot into a grid in your cauldron. Each ingredient is a different shape and element, and you need to fill another bigger shape to make each medicine. Your cauldron can only fit a limited number of materials in though, so especially for later recipes you won’t be able to just slot in loads of manageable little rocks.

The medicines you make are needed to heal the citizens of Moonbury when they get poorly. Every couple of days somebody new will turn up in your infirmary complaining that their tummy hurts or their thigh feels weird, then it’s up to you to use your chemist training to figure out what they need. This involves a mini game like Simon Says or Guitar Hero without the music, then before you know it you’ll know they need some soothing balm or blister popper. 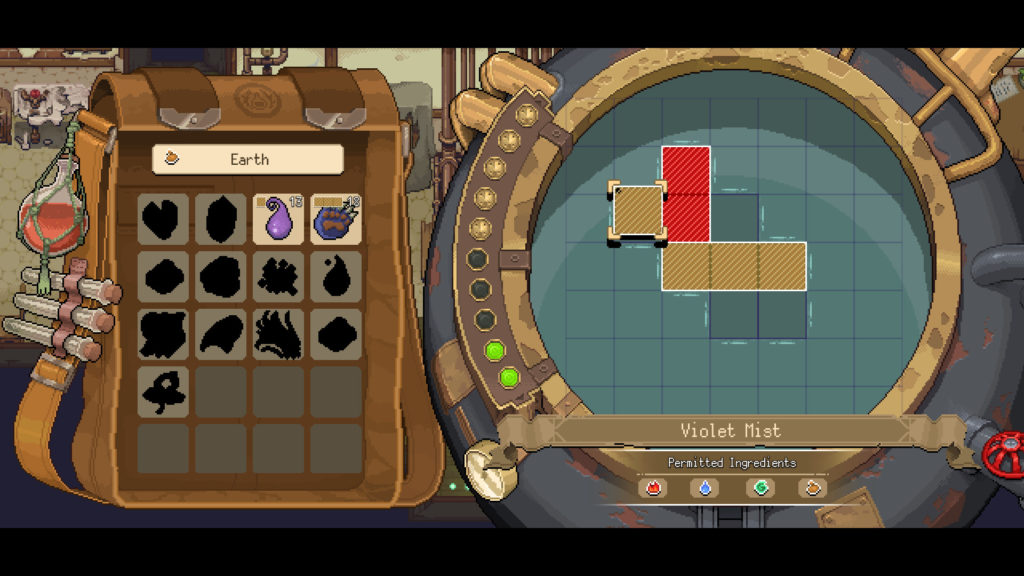 Making medicine isn’t the only thing to do in Potion Permit though. The game is essentially a life sim, with furniture to buy, friendships to forge, and fishing to do in your limited free time. You can make money by selling potions, healing people, and helping out by sorting ink at the police station (I’m not sure why they need so much ink) and use it to make your house a home, upgrading everything from your cauldron size to your sickle.

This is where the first problem unfortunately rears its head. There’s so much to spend money on, and you simply never have enough of it. Especially because you’ll constantly hit barriers outside of town that require you to bring piles of materials and all your life savings to get past. It felt like a huge grind to get past these blockades every single time, and that was without ever buying a piece of furniture and avoiding lots of upgrades I really wanted to buy. It’s such a shame that you just don’t get to have more fun with your cash in this game. 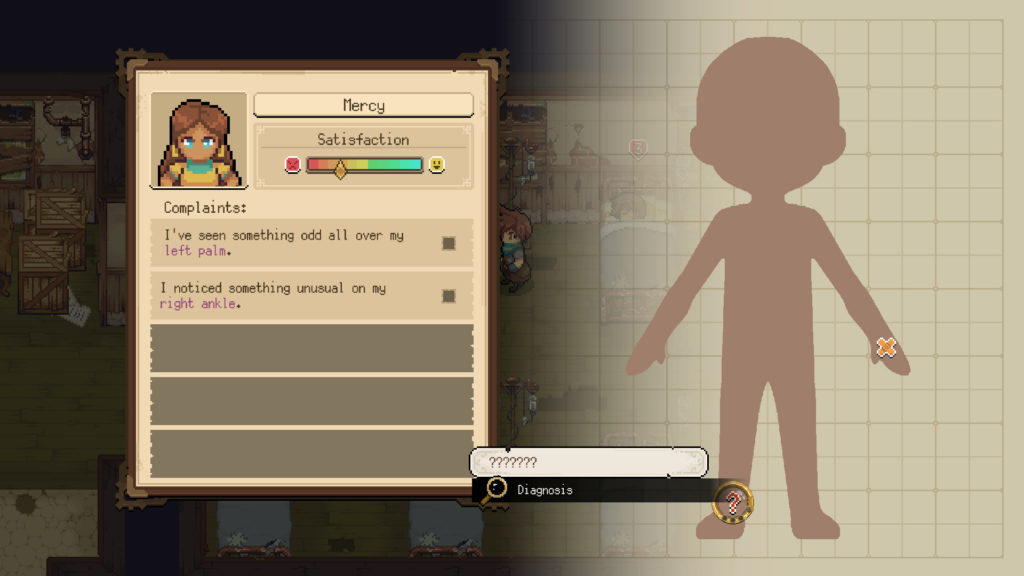 You don’t need money to make friends though, and there’s plenty to make in Potion Permit. Every single character in the village has a bond level with you, and if you talk to them enough and give them enough gifts, you’ll raise it up. There are some interesting people to learn more about, so get out your fruit gifts and do a few missions to learn more about them.

Throughout Potion Permit you’ll have quests thrown at you left, right, and centre. Some will be to make stronger bonds; some to make a bit of dosh, and some to advance the story – but they all generally involve gathering materials or making a specific potion. Hopefully it’s a loop you enjoy, because it’s a loop that you’ll be stuck in for a while. 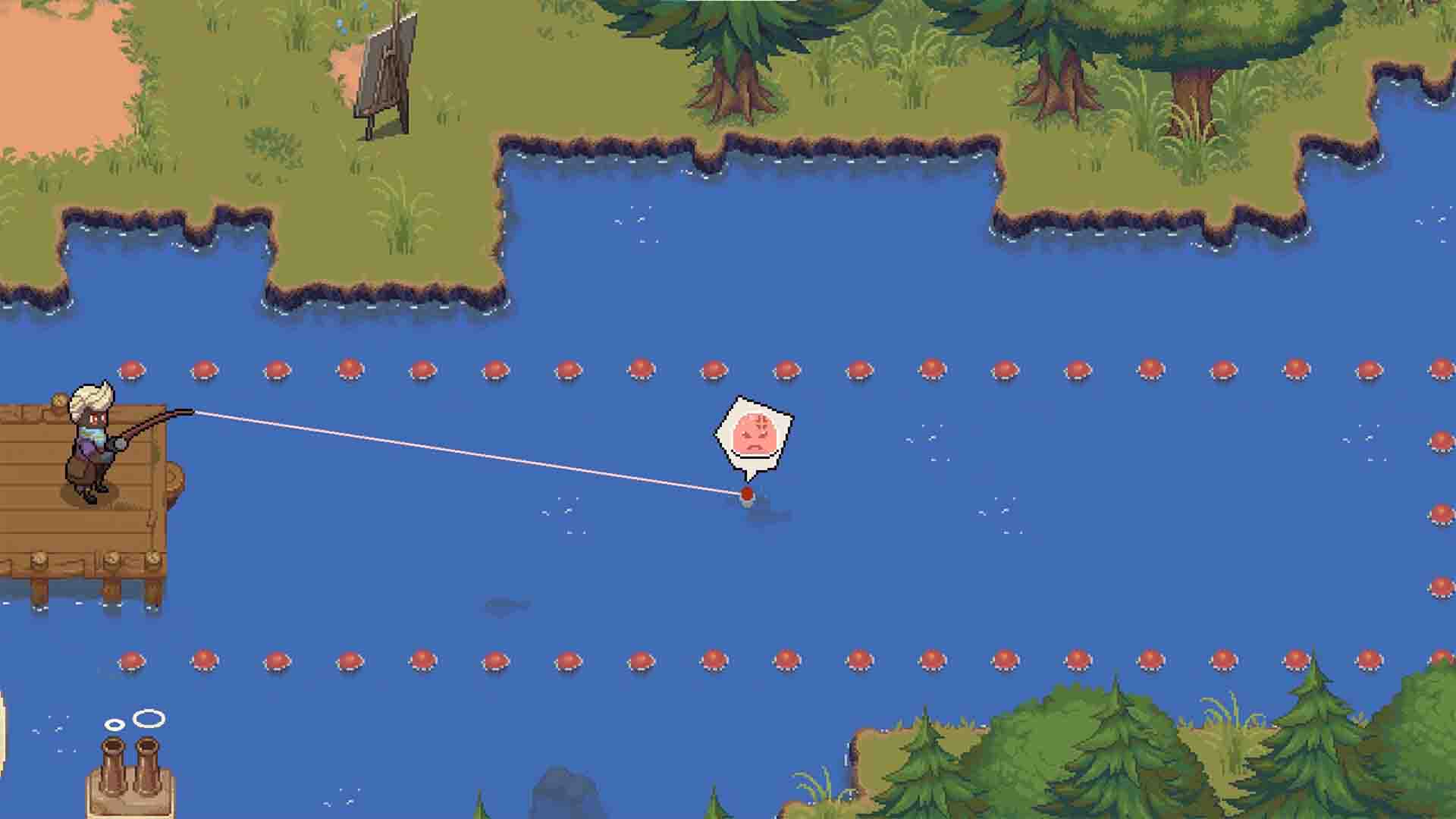 It’s the endless grind that really makes Potion Permit get tiresome. If you don’t need money to progress you’ll need stone or wood, and that means waking up every day and chopping down trees and smashing rocks until you run out of energy. I really wanted to enjoy the relaxed feel of this charming world, but my time with the game sometimes felt more like a second job.

Gathering ingredients and making potions to heal sick people is a great idea for a game, but Potion Permit falls a little short on the execution. It’s certainly satisfying to help the unwell people of the charming village, but the endless grind for materials and money makes Potion Permit a harder game to recommend than it perhaps should be.

Potion Permit has a great concept, but ultimately some quest issues and the sheer amount of grind make it a bit of a drag.