previous
The Walking Dead: Michonne – Episode Two: Give No Shelter Review
random
next
Stikbold! A Dodgeball Adventure Review
1 like 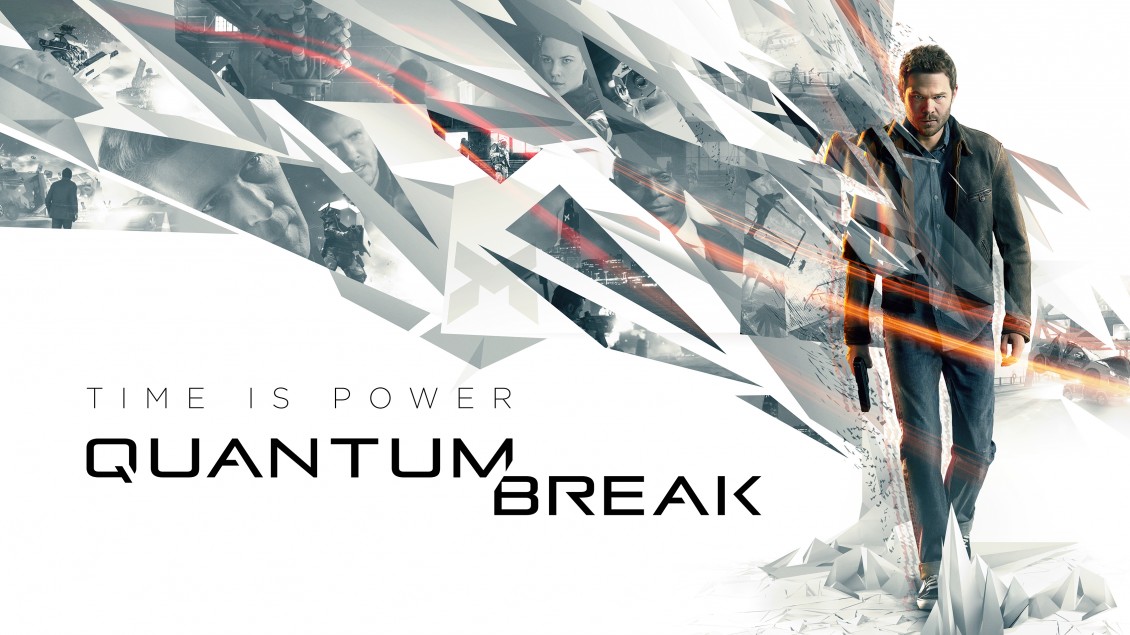 Part action game and part live action sci-fi mini-series, it’s difficult to analyse the dual nature of Quantum Break, but you can’t help but applaud the developer’s undeniable ambition, even if its greatest strength is also ultimately its biggest issue.

Sandwiched between each of the sixty to ninety minute acts is a twenty-minute episode of the show, so four in total. They fill in the backstory of various characters and act as narrative bridges between major events, sometimes filling in plot-holes or explaining twists. You can choose to skip the episodes (tempting when you’re sitting watching a “content buffering” notice for the eleventh time in fifteen minutes) but doing so will deprive you of interesting, if not essential information.

The game focuses on Jack Joyce, played by X-Men’s Shawn Ashmore. Joyce is a fairly generic “wrong place, wrong time” action hero who doesn’t seem to have done much with his life besides steal some stuff and get into some scrapes (I assume, as the details are annoyingly hazy). While all this was happening, his brother William (Dominic Monaghan) and best friend Paul Serene (a scene-stealing Aiden Gillen) founded a multinational company, Monarch Solutions, and invented a time machine. Called in to Riverport University at four in the morning to help Paul with his latest experiment, Jack finds himself tossed into a time-hopping adventure––pitted against his former best friend in a desperate struggle to prevent the “end of time”, an event Paul witnesses when their experiment goes wrong and catapults him into the future. To say much more would be too revealing, but suffice to say Quantum Break tells a compelling yarn that occasionally suffers the same confusing, wire-crossing to-ing and fro-ing that plagues most time-travel stories.

The show, meanwhile, focuses on the supporting characters. Jack doesn’t feature much at all, though his actions in the game directly influence the events of the show. There’s Martin Hatch, Monarch Solutions’ PR man and head of security, played brilliantly by the naturally sinister Lance Reddick; Fiona Miller and Charlie Wincott, an odd-couple duo who work in the IT department; and Liam Burke, an elite Monarch security operative whose moral dilemma, brought on by his conflicting devotion to both his duty and his pregnant wife, forms the most interesting and affecting character arc in the whole affair.

It’s a shame that Beth Wilder, a character who spends much of the middle game beside Jack, feels so underused. Despite her sub-plot possibly being the most tragic and powerful of them all, you simply don’t see enough of it. The main cast is solid, though; Aiden Gillen in particular chews the scenery with the air of a man who can play this part in his sleep after six years as Littlefinger. In fact, it’s worth noting that the primary cast (Gillen, Reddick, Monaghan and Ashmore) carry everyone else, and a handful of supporting performers feel uncomfortably out of their depth. Along the way there are twists both obvious and clever, as well as more than a few events that simply don’t play out the way you’d expect, either through narrative design or as a result of your actions. After every act you’ll face a Junction Event, which asks you to make a major decision affecting the future of both plots. It’s incredibly clever, and one of Quantum Break’s most impressive elements. It’s also the reason that simply downloading all possible versions of all four episodes is a whopping 75GB. The problem here is that one action always seems more natural in the circumstances, while the other choice can feel like a deliberately binary contrivance. Designed to be played at least twice, Quantum Break certainly works hard to extend its relatively short runtime, but it’s unlikely to hook you in for a second run.

As third-person shooters go, it’s entertaining but not particularly thrilling. Remedy missed a trick not giving us more time-related puzzles to solve––there are a few, but they’re hardly taxing–––and each act follows a straightforward pattern of shooting, exploring, talking, then more shooting. There are only really two enemy types, standard goons and ‘Chronon-enabled’ goons, the latter of which render Jack’s powers mostly inert as they have the same gifts. There are variations within the two groups, shotgunners and snipers for example, but the only ones that pose any real trouble are the big Chronon-enabled walking tanks who can only be hurt from behind. Every time they appear it’s something of a difficulty spike, but they don’t pop up often.

Jack’s powers allow him to create time bubbles which can temporarily hold bullets, a time shield, or a powerful blast of energy, as well as being able to rush enemies and deliver devastating takedowns. Thrown together it’s all exciting enough initially, and it certainly looks pretty, but it’s nothing new and starts to feel stale after a while. The actual shooting is solid, as is the contextual cover system, and the destructive environments elevate the action and immersion of every firefight. Outside of combat Jack’s powers can reverse certain events, allowing him to, for instance, rewind time to move an object so he can climb on it and reach a high level. He can also pause time for a few seconds, which is handy when a ledge is about to collapse. There are two stand-out set-pieces that feel almost Tomb Raider-esque, as Jack has to escape massively destructive events as time stops and starts around him. Usually it stops at incredibly convenient moments, giving Jack a ledge to jump to for instance, which you may be able to overlook but which is certainly heavily contrived.

Speaking of contrived, there are so many references to Alan Wake that you’d think they shared a universe. You can watch episodes of the Night Springs show and find a copy of Sudden Stop in an office––even the names Wilder and Serene are taken from a poem at the root of Alan Wake’s mythology. After a while, I kind of wished they’d stop. Another annoying aspect is that NPCs will constantly berate you for taking time to hoover up the insane amount of collectibles, which is just annoying when the game encourages you to seek them out using Jack’s detective mode-style “time vision”. Luckily, it’s a gorgeous game and, a handful of slightly odd character animations notwithstanding, always looks slick and impressive.

Undeniably ambitious, Remedy’s game certainly feels unique in many ways, but perhaps not in the ways that matter. How much you buy into its dual nature will be a question of preference, and whether you want to stop playing a game every hour or so to watch a twenty minute TV show. Surprisingly, it doesn’t derail the pace the way you might expect, as the impressive core narrative, against all odds, endures. It’s just a shame the actual gameplay isn’t as fresh as the concept. If nothing else, Quantum Break will be remembered for doing something new and risky and mostly succeeding, even if it doesn’t set the world on fire the way Remedy might hope.

...but the supporting cast isn't on par
Plot contrivances abound
Not much variety in the gameplay

Undeniably ambitious, Remedy's game certainly feels unique in many ways, but perhaps not in the ways that truly matter.