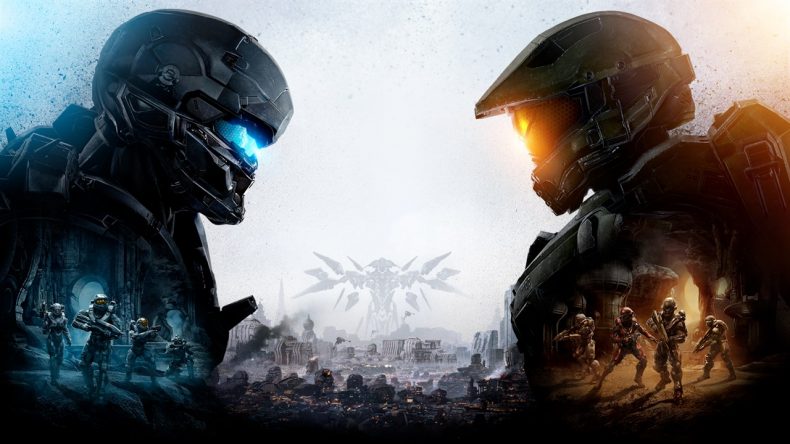 I’ve been thinking a lot lately about multiplayer, as there has been, in my opinion, a dearth of really interesting multiplayer titles out recently. There was a time when competitive multiplayer was my thing, and by thing I mean that shooting fools in the face was my primary focus when switching on my console. I’ve pumped countless hours in to Call of Duty over the years, provided endless support sorties in Battlefield, wall-run for miles in Titanfall, and held pinpoint angles in Siege, but there just hasn’t been a recent online title that has grabbed me in the same way.

If I think about the games I have spent a lot of time with, and continue to do so even now, I have Rainbow Six Siege, a game that was released in 2015. A year later there was Titanfall 2, a game that I have played a significant amount of and continue to champion as a sublime example of a competitive twitch shooter; and then there is Overwatch, also released in 2016. I’m struggling to recall a game released after that that has grabbed me in the same way. During these musings I recently went back to Halo 5, another game from 2015. Halo 5: Guardians is a game that received a lot of criticism from fans for not being up to the high standard they expected from the beloved franchise. Much of the criticism was levied at an arguably lacklustre campaign, but a sizeable portion of that backlash seemed to be once again aimed at developer 343 Industries for the supposed crime of not being Bungie. In much the same way that The Coalition weathered criticism on Gears of War 4, fans have a habit of blaming a perceived lack of quality on those who inherited the franchise. However, with the benefit of hindsight (and with the re-release of Halo: Reach upon us), I’m here to tell you that I secretly believe Halo 5 has one of the best multiplayer offerings the series has produced.

Halo 5’s multiplayer is so well designed that there is a “no-frills” feeling to it. Of course there is jumping and throwing grenades and firing guns, but when you’re rewarded with a kill it’s because you fired more accurately and faster than your component. Whereas some multiplayer experiences often make it feel like you win if you see the other player first, Halo 5 has the opposite effect – it feels like a game where your competence and skill is rewarded. SWAT and the excellent-but-underrated single life mode, Breakout, are real stand-out examples of what I’m talking about, where speed and, most importantly, accuracy, are the key skills required. It also runs very smoothly and hit registration feels good and meaty.

There are other improvements with Halo 5 as well that I think help mark it out. While a lot of the multiplayer maps and modes had a more competitive than casual focus to them, I have never felt overwhelmed in a match. Halo is filled with some super-skilled players and while I can handle myself with relative skill I won’t be joining any eSports teams soon. In Halo 5, though, I have always felt that it possible to get out of a bad situation – the sprint and shield re-charge are generous and the Spartan Charge ability facilitates some last-ditch attempts to avert disaster if timed well. There is also the Magnum. Lord, do I love that gun! It has a skill curve all to itself with a moderate TTK, provided you land a minimum of five shots on target! It’s a weapon that requires time to master, and absolutely demands you can hit your target accurately and consistently. Miss one of those five shots and you are likely dead. It is perhaps one of the most “twitchy” weapons available in the Halo series, operating best in a close quarters scenario, and clearly helps to separate the field in terms of ability. It also feels like a viable option against any of the other weapons available on the map via pickup, which affirms my idea that the weapon balancing in Halo 5 is pretty spot on. In skilled hands the Magnum can be considered over-powered, but as a starting weapon it feels just as powerful as the Carbine or Battle-Rifle, which is unusual in a Halo game where some of the spawn weapons could change the flow of a game.

We’re tentatively expecting a new Halo in 2020 or perhaps 2021, and I’m beginning to get really excited about that prospect. 343 has come in for a lot of criticism over the years, most of which I feel has been unfounded. I hope that they can do the same with Halo: Infinite as The Coalition did with Gears 5 in terms of the quality of the single player campaign, but after replaying Halo 5’s online mode recently, I am not worried at all about Infinite’s multiplayer element being up to muster.

Likes to shoot stuff and wear pretty shoes. Is a BEAST at Titanfall.
MORE LIKE THIS
343 industriesBungieHaloHalo 5 Guardians