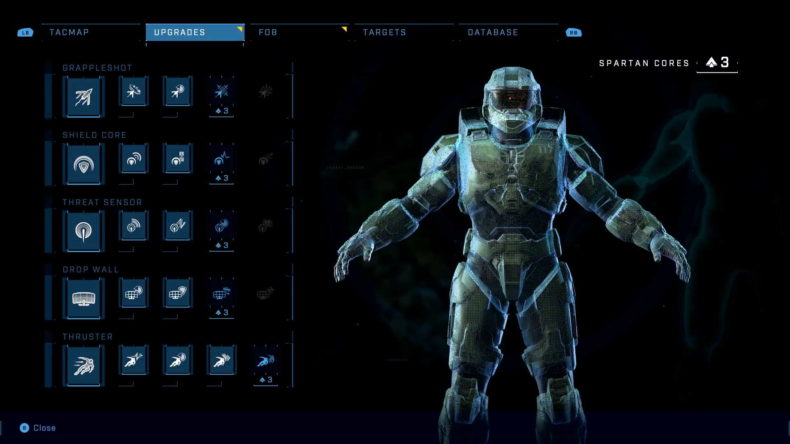 There are so many ways to combat The Banished in 343 Industries’ latest title, but what are the best upgrades in Halo Infinite?

Similar to how Gears 5 took the mechanics and lore of that series and made it into a more modern game, Halo Infinite does the same. There’s a tac-map, FOBs you can take back and upgrade (similar to Far Cry outposts), new weapons to unlock, Mjolnir lockers to find which add cosmetics to your multiplayer character loadout, and of course, Spartan Cores to upgrade your abilities.

These Spartan Cores are littered through the large open world of Zeta Halo. They will net you a point to upgrade Master Chief and his abilities as you progress. Halo Infinite abilities are upgradable at the cost of one Spartan Core at the start. But they quickly require three to progress down the skill tree. You want a list of Halo Infinite best upgrades? Let’s go!

The core to the entire game, you want to focus on getting the grappleshot fully upgraded as soon as possible. As you progress down the four nodes on this upgrade tree, you’ll speed up how quickly the ability can be used, but also add key elements to it. For example, you’ll need the shockwave blast, which allows you to pummel enemies at the end of the grappleshot. 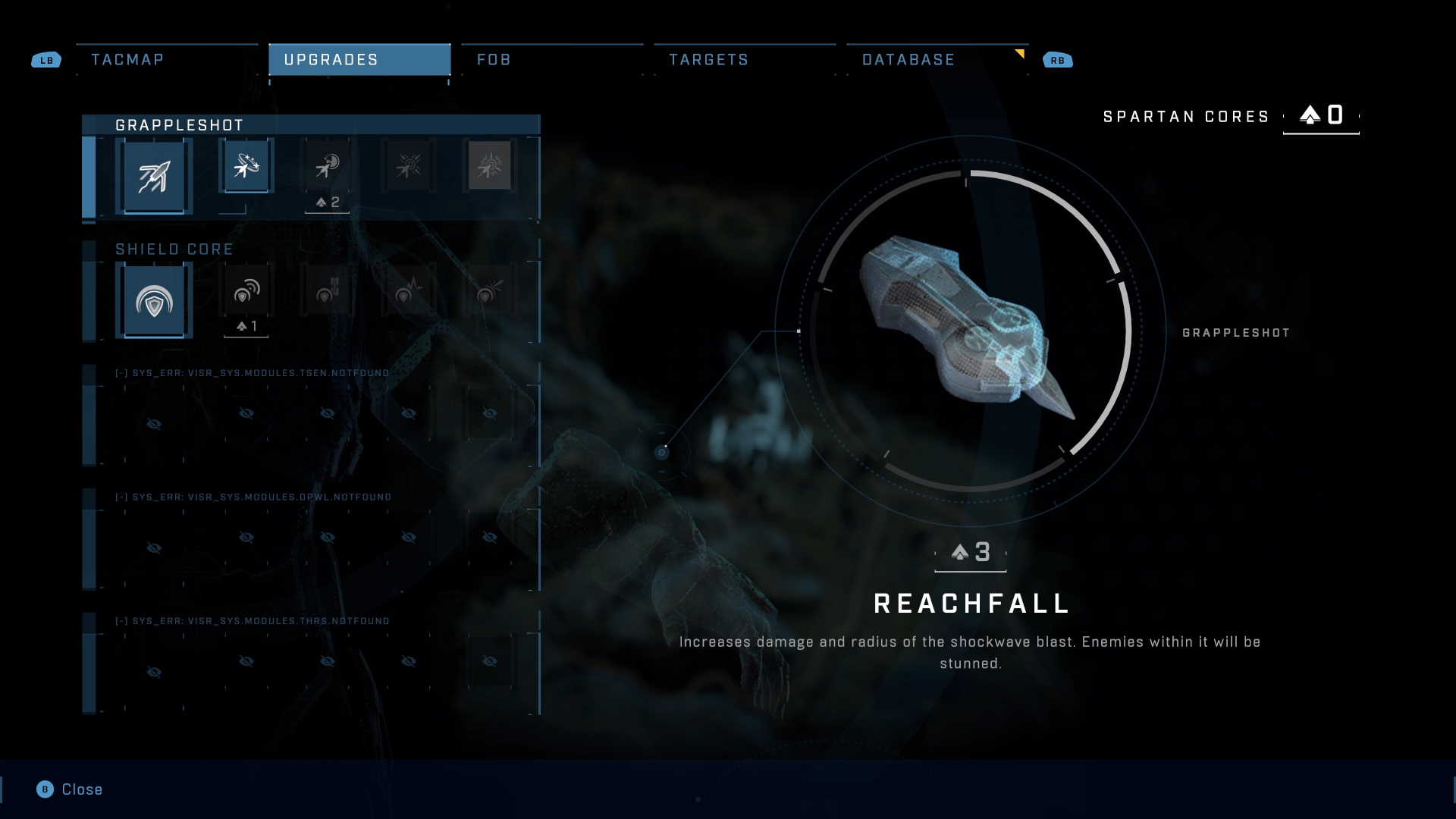 Electrifying the grapple early on means you can stun some enemies for an easy melee follow up and kill. You should be able to max the grappleshot out well before the halfway mark of Halo Infinite. The path is as follows: Volataic (1 core) > Quickshot (2) > First Strike (3) > Reachfall (3).

While not an ability, the Shield Core is a key upgrade path to also max out as early as possible. These upgrades increase how much damage you can take before your shield goes down. But they can also speed up how quickly it recharges. Like the grappleshot, this should be a focus early on. Both can be maxed out easily with just some simple exploration. 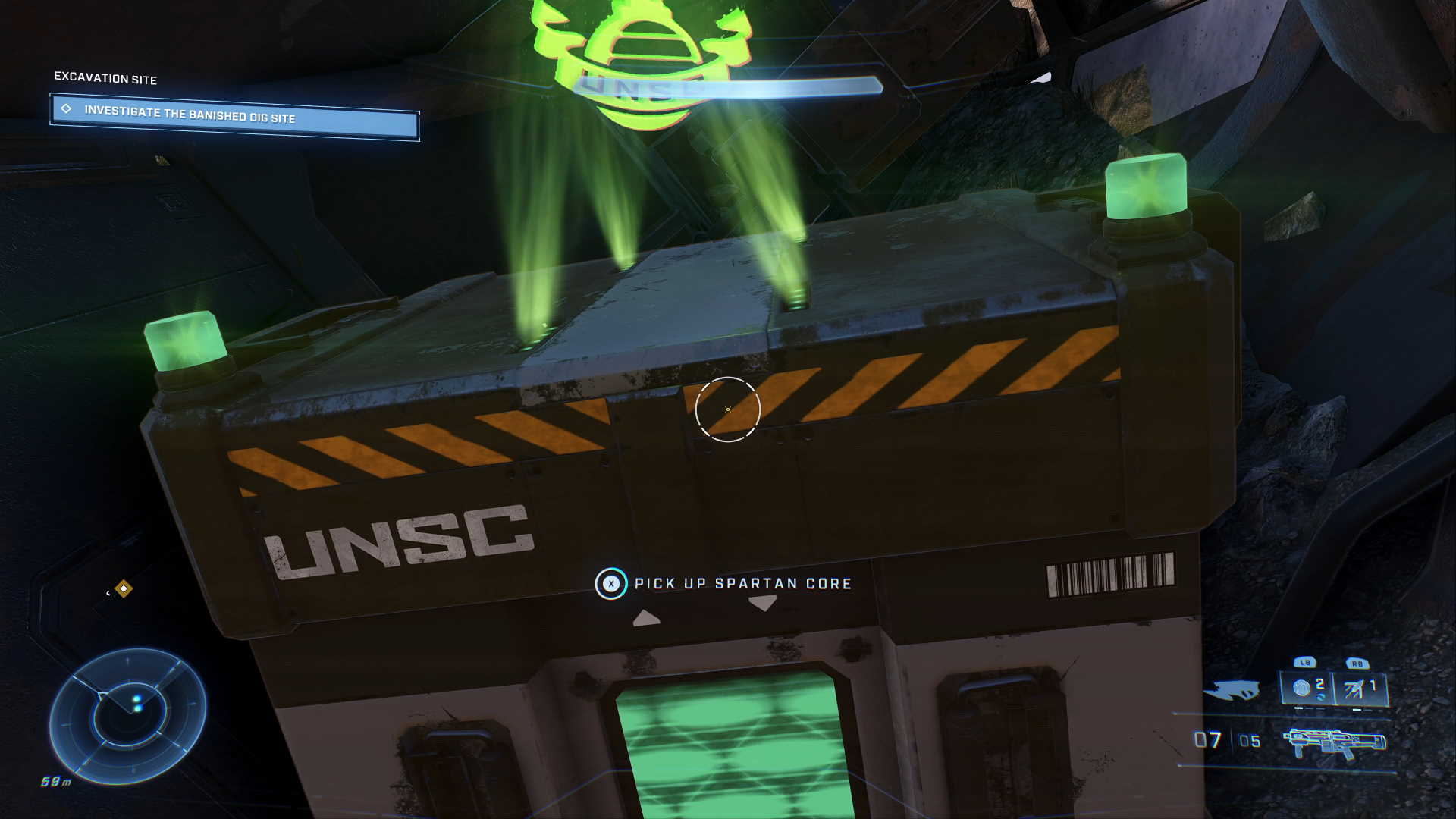 If a FOB appears on the map, take it back. Doing so will reveal hidden Spartan Core caches around the area, and then a simple visit and pickup will net you an easy core. The path is as follows: Fortress (1) > Bastille (2) > Redoubt (2) > Citadel (3).

Aside from the grappleshot, the Threat Sensor is the second-best ability by miles. At first, it may not seem that useful, just allowing you to ping enemies in a small radius. However, after going to town on the skill tree it gives you an incredible level of enemy visibility. 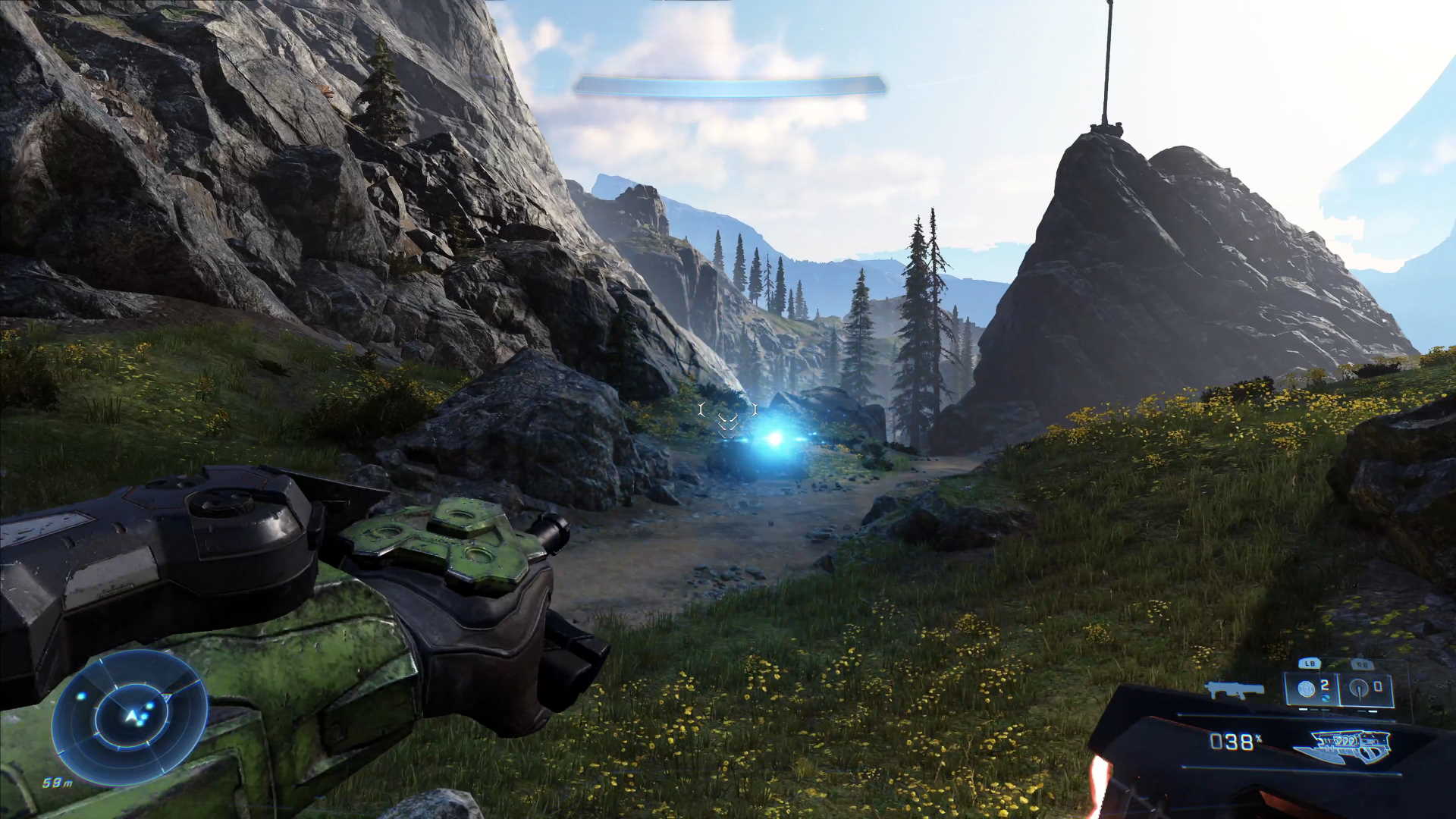 During boss fights, the Threat Sensor can be amazing. Allowing you to ping multiple sides of the arena and even see through walls? Game changer! The tree is as follows: Seeker (1), Operative (2), Clairvoyant (3), Omniscience (3).

In theory, the Drop Wall is incredibly useful. You’ve probably seen it in multiplayer, where people have worked out you can destroy it by shooting the base very quickly. In the campaign of Halo Infinite, the best use for a drop wall is against the Hunters. Their fire will decimate Chief even with a fully upgraded shield, but the drop wall will offer some protection while you assess the situation. 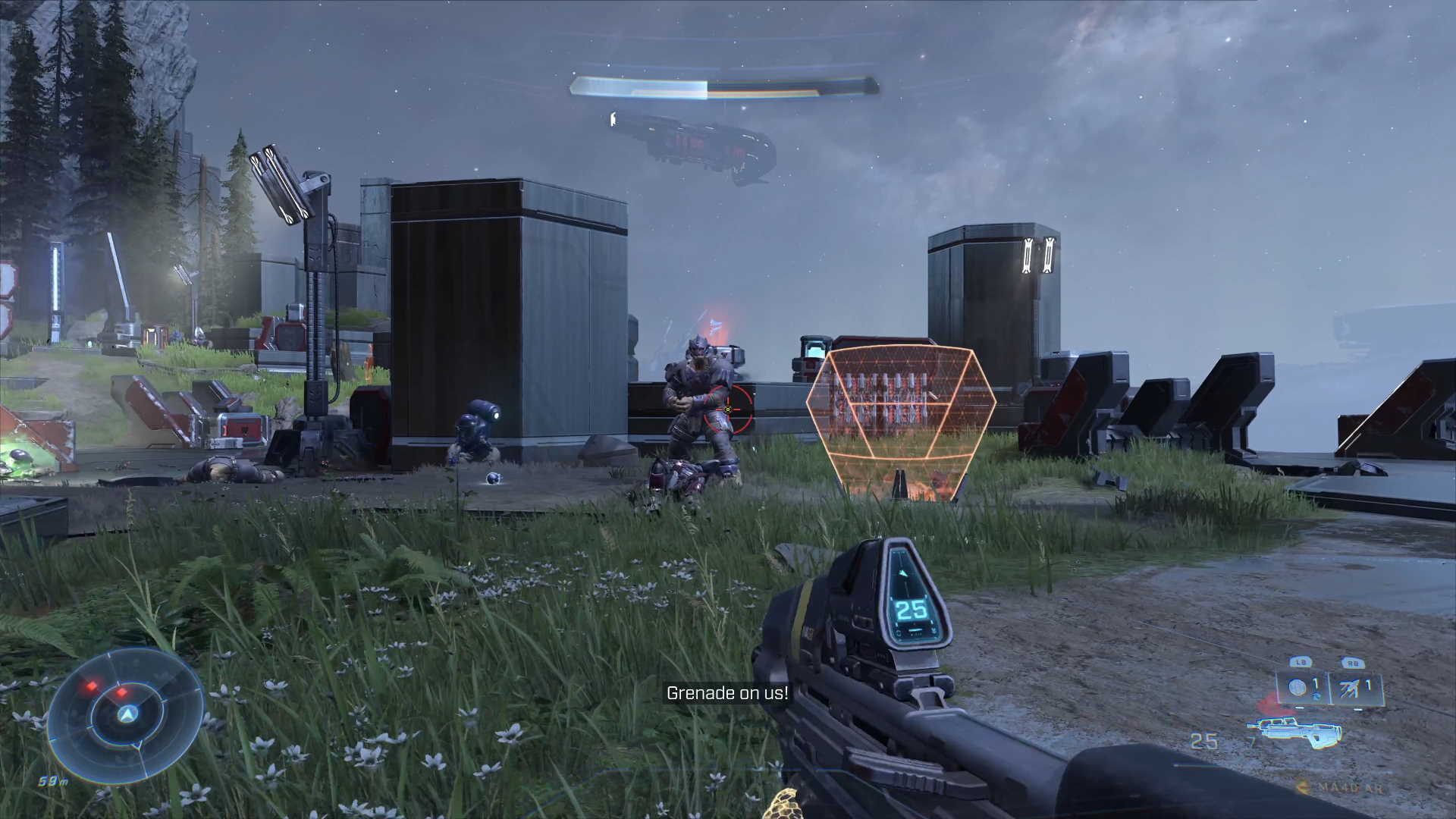 The final stage of this one adds shock damage to any projectiles fired through the wall. However, we found we were on the move far too often for the drop wall to be truly essential. The tree is as follows: Swift Shelter (1), Rampart (2), Blockage (3), Direct Current (3).

It was the last ability we found during our playthrough of Halo Infinite, and also the one we used least. The thing, while it has some excellent mobility effects on Master Chief, it doesn’t do a lot that the grappleshot can’t also do. The only real benefit to the Thruster is that it’s a sudden movement that can be multidirection. That said, it never felt like it was moving us far enough to avoid danger or damage. 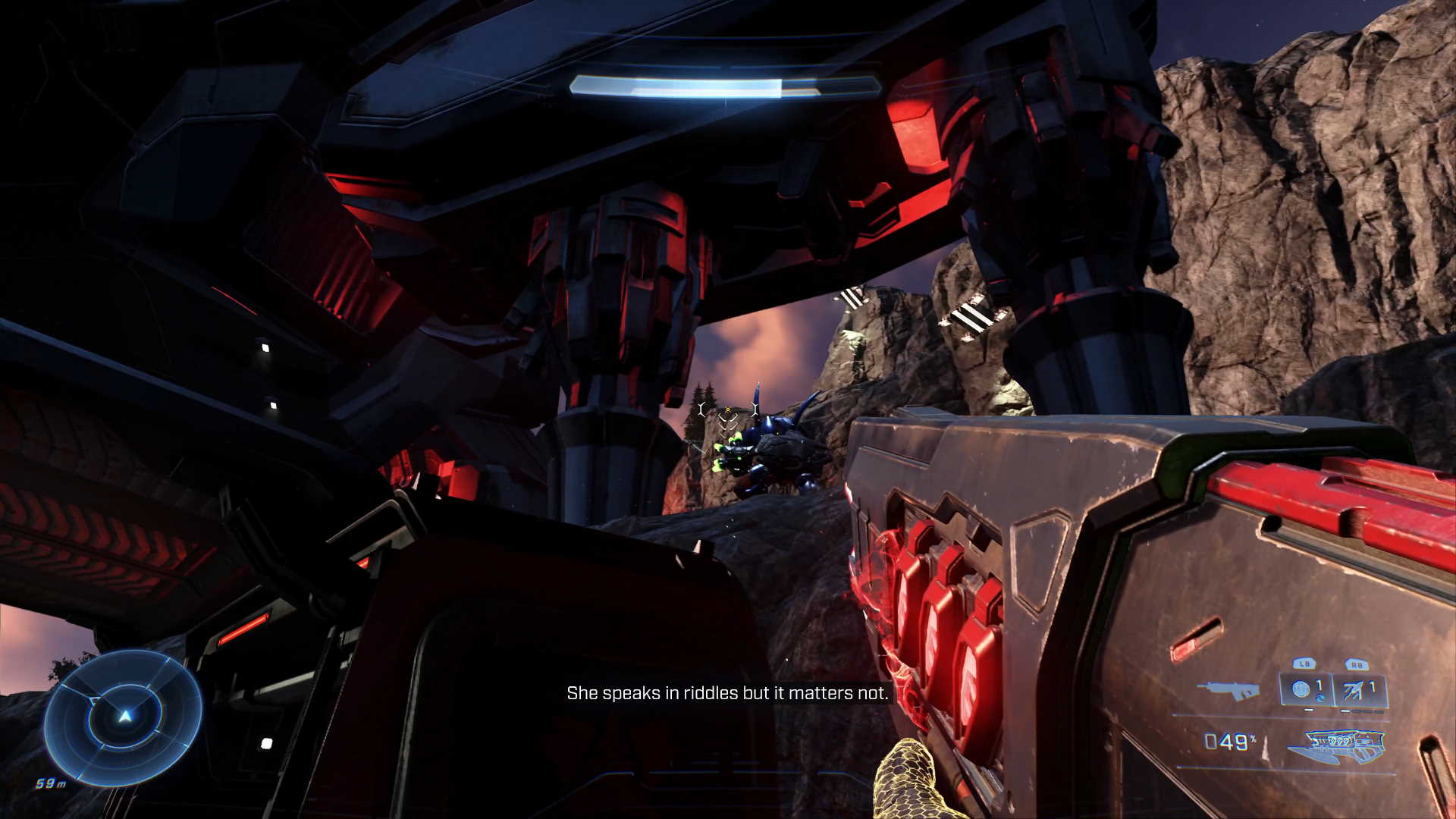 That said, the final upgrade you unlock adds a cloak effect to the movement. While it’s not useless, this is the last thing we’d upgrade, and the 9 Spartan Cores are best spent elsewhere. The tree is as follows: Afterburner (1), Thermal Control (2), Impulse (3), Escape Velocity (3).

So there you have it, that’s the best upgrades for Halo Infinite and Master Chief’s abilities. Thruster felt the least useful to us, but maybe it’ll work for you. Who knows?