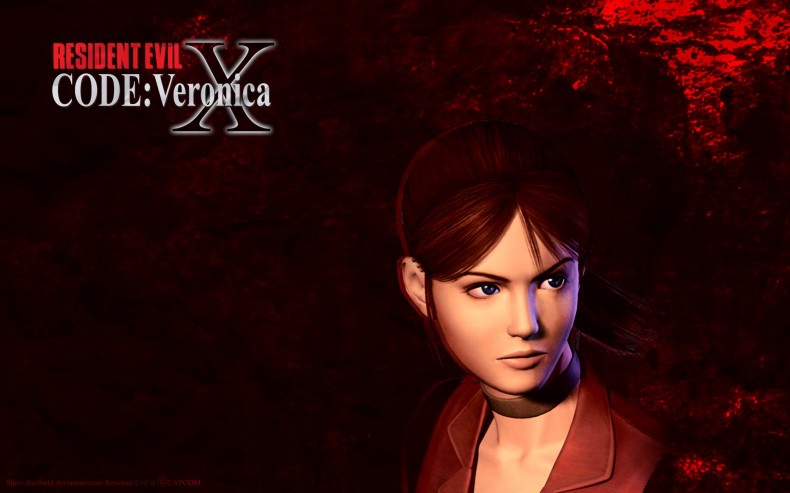 While doing a little light research before writing this review, I had to double check the original release date for this game on PS2, because sixteen years ago just didn’t seem possible. It really was that long ago. I never owned a Dreamcast (on which it released a year earlier) because it never really appealed to me as a console, so when the extended Code: Veronica X came to PS2 I was a very happy bunny. It was a fantastic adventure, one of the best in the series, and it had so many memorable moments.

Now, during a time when Capcom is seemingly re-releasing its entire back catalogue of Resident Evil games for a new generation (ahead of maybe showing its Resident Evil 2 remake soon? Yeah, and zombified pigs might fly), the PS2 Classics range welcomes Code: Veronica X to its catalogue. Not being a remaster like the upcoming Revelations or the previously released Zero, etc., and having not tried a PS2 Classics game on PS4 yet, I had no idea what to expect from this one. But aside from a black border around a smaller picture, I was pleasantly surprised by the quality on show, and how well this sixteen year old game has aged.

Probably the last of the good classic games (I won’t sugar coat it, I hated Zero, and the original’s remake doesn’t count), Code: Veronica X told the story of what happened to Claire Redfield after she survived the Raccoon City incident. Captured while trespassing in an Umbrella facility, she’s imprisoned on an island and probably scheduled to be subjected to horrific experiments but, fortunately for Claire, the island comes under attack and she’s freed. Not-so-fortunately for our heroine, all sorts of monsters are released from their cages and now roam the complex. To further complicate matters, all she has is a knife. You’re probably thinking, “why are you telling us this, Gaz? The game is over a decade and a half old!”
Well, you’re right. This isn’t exactly a regular review, but not everyone will have played CVX on PS2, so I’m simply helping to set the scene for the newcomers. Jeez, get off my back.

As I was saying before I was rudely (and imaginarily) interrupted, starting with just a knife reinforces how much more difficult this game is, especially in comparison to the rest of the earlier games in the series. Even the zombies take more bullets to kill, and weapons aren’t nearly as plentiful as previously, and that’s before young Claire encounters this game’s unique creations: the Bandersnatch. These grotesque mutations are somewhere between ape and man, only with decaying flesh and one stretchy arm that just loves to squeeze human heads like rotten fruit. These things arrive when you’ve only really got a pistol to your name, because the bolt gun does sod-all against them, and Bandersnatches take over a clip of pistol ammo to take them down.

This being classic Resident Evil, the tank controls and still aiming are all present and correct. This means that battling most enemies requires simply finding a safe spot and pumping bullets into whatever’s coming for you. Bandersnatches challenge this due to their immense reach though, meaning you have to shoot, run, shoot, repeat. Basically, employ the tactic used against any boss in the series. This control method is something you’re either good with, or you aren’t. You’ll just have to make your peace with that. The controls couldn’t be simpler however, with R1 to aim and X to fire; holding Circle will run; Triangle opens your map and that’s about it.

Again, this being classic Resident Evil, it’s all about survival. Inventory space is limited and ammo is scarce, and you can be damn sure that this is a game that doesn’t care if you accidentally run into a tough fight. Save rooms are quite common, but sometimes you simply have to sense when there’s an arena room ahead, and manual saves are the only thing here. There are no checkpoints. This is how games used to be and it has its pros and cons, but you need to be aware of this before you go in. Without the buffer of checkpoints to fall back on, it really does make you aware of the survival aspect of the game, which automatically makes you tense. It has to be said that Code: Veronica X isn’t really a full-on horror game, it doesn’t quite have the same creepiness of the majority of the series, but it does have that tension to keep you on edge. I have my suspicions that a lot of this lack of scariness is down to this being the first fully 3D game in the main series. It didn’t have the same lighting quality that could be present in the pre-rendered backgrounds of the previous games (and the stunning remake) and this certainly removes some of the horror atmosphere. Okay, so the Silent Hill games showed that it’s possible to go fully 3D and keep the creepy lighting, but that was also due to some clever corner-cutting mixed with incredible technology, but Resident Evil didn’t have the luxury of unnatural fog and pitch darkness to hide its development trickery. This highlighted how different the two series really were, even before the eventual switch to the action of Resident Evil 4.

As I said earlier, the visuals of Code: Veronica X have still aged really well. Surprisingly well, quite frankly. Of course, you can see its jagged edges now and again, and its low resolution textures are more apparent on a 1080p screen; plus, the pre-rendered CG cut-scenes are so heavily compressed compared to today’s standards, so they’re really quite pixelated but it doesn’t take anything away from the great animation on display. Everything in-game is sharp, with Claire herself looking detailed and expressive, thanks to some great facial animation. The environments are varied and the lighting is fabulous, with throwbacks to the first game all over the place in the first half of the game. The second half has an identity all its own, removing the references to the first two games and moving into new territory, literally.

The creature design is top notch, too. From the varied zombie types (something even Resident Evil 7’s Molded were lacking) and the aforementioned Bandersnatches, to the weird and wonderful bosses, including that first one that obviously channels the original game’s Tyrant, Code: Veronica X is something special. It even has possibly the most unique boss fight in the entire series, featuring a sniper rifle in a blizzard, and while that doesn’t entirely work that well, it was a welcome change to an ageing formula. Again, everything is still detailed and the animation is wonderful to watch, despite some of the low resolution textures. Then, perhaps one of the most important things in the series, comes the music and sound design. The music is full of the familiar notes of the early games, from piano melodies to some haunting string sections, and it does the job of bringing atmosphere to the game’s tensest moments. It makes you move slower sometimes, wary of what lies through that door, or around the next corner. You’ll often hear zombies shuffling around the corners, or you’ll hear their moans upon entering a room, and it goes most of the way to bringing you to the edge of your seat. The voice acting is still nothing to write home about, but that campness and B-movie-ness of it all is just part of what makes these old Resident Evils so charming. Actually, pretty much all of the newer ones have that daft charm, too. Voice acting has never been award winning in this series.

Luckily, that never spoils the stories of the Resident Evil universe and Code: Veronica X is no different. Indeed, this is one that resonates with me more than most, as it pushes forward the series’ biggest arc: the story of Albert Wesker. Despite this being Claire’s story, it didn’t stop Capcom moving along the rivalry of Chris Redfield and Wesker, setting up what would be one of my most memorable moments in the whole of Resident Evil. It would also be the moment that explained Chris Redfield’s extreme bodybuilding before his eventual return in RE5.

Whenever you revisit older games there’s a chance it’ll be tinged with disappointment, as it can’t live up to your rose-tinted memories. Not so, here. Sure, the gameplay has aged a little now, but that has never been an issue, just look at the Gamecube remake of the original game. That kept the same tank controls but managed to add a few new tricks to keep things fresh, and this old Dreamcast/PS2 game did the same thing, with things like dual-wielding and that snowy sniping boss battle I mentioned. This might not be a remaster, but it shows how well the PS2 Classics games can work on PS4, and Code: Veronica X has aged beautifully as a result, and remains one of my favourite games in the series.

Pre-rendered scenes are quite low resolution