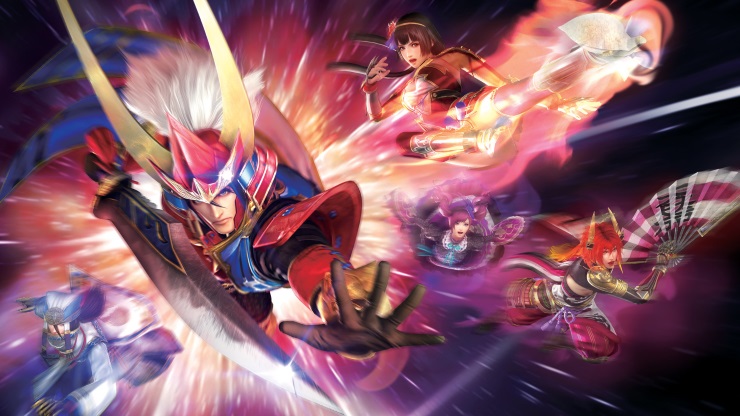 It is hard to pinpoint what Samurai Warriors 4-II actually is. I wouldn’t call it a remaster or an expansion, nor is it a sequel; it’s more a polished, streamlined version of Samurai Warriors 4 that adds some brand-new features while removing a few others.

This iteration has changed the way the story of turmoil in 16th – 17th century feudal Japan is told and brings a more personable edge to it. The narrative is no longer focused on the larger groups and regions involved in the Warring States, but instead you are told the individual stories of the soldiers, generals and people that saw the effects of war with their own eyes. Each story is well told and there is a well-balanced mix of drama and action keeping you hooked until the end. The history is relatively on point as well, so if you get into any arguments about video games not being educational, give them a copy of Samurai Warriors 4-II and watch them eat their words. It may not be completely accurate (their approach is similar to Ubisoft’s on Assassin’s Creed), but it does a great job of sticking to the main history of Tokugawa and the Sengoku era. There is a fair amount of dialogue in-game, and when you are up to your neck in dead bodies and frantic combos, the subtitles are the last thing on your mind. I have absolutely no issue with the Japanese dialogue, but when you are concentrating so hard on surviving the constant onslaught, the last thing you’ll be able to do is stand still for a few seconds and read what Nobunaga is trying to tell you. Even now, I have no idea what I missed; the story did make sense to me, but there’s no doubt in my mind that I skipped some important information. As great as the story is, its communication during the fighting could have been better executed.

In battle, you’ll follow the same kind of pattern featured in previous Warriors games: fight waves of enemies, take out the officers, adapt to objectives you’re given and progress to the next stage. The game starts off relatively challenging, but with every new stage the difficulty rises to almost impossible levels. Samurai Warriors 4-II is a hack-and-slash in every way, but if you go in with naïve arrogance, you won’t succeed.

Much like the strict code of ethics associated with the samurai, you must focus, train and persist if you want to beat the game. My first death came relatively early on, but up until then, I thought I wasn’t doing too badly; of course, I was being naive. I remember taking part in Naomasa Li’s story and I was so close to reaching the end of the third stage when the final officer killed me. I lost everything and was sent right back to the start of the stage, erasing over 40 minutes of hard work; my aching thumbs had suffered in vain and my rage was bigger than my bruised ego. Samurai Warriors 4-II isn’t a hard game to master, but you can’t just bash the buttons to succeed. It is of vast importance you block, dodge and mix up your tactics. The average soldier can get hit with a hyper attack until the cows come home, but make sure you use the correct tactics if you want to beat the harder generals and officers. You have the ability to use normal power attacks and hyper attacks, and you can combine them to work out which combos are better for different scenarios. The musou attacks are back – make sure you become familiar with your preferred characters so that you can break it out like a fine wine when the action gets heated. For an even faster and deadlier attack, use your rage to heighten the musou attack and watch your enemies fall by the hundreds with the simple press of a button.

The upgrade system has seen a few changes and helps to give the game a better sense of progression. There is a skill tree where you can use the strategy tomes you’ve collected to help improve certain attributes, and there are also tons of different weapons to accumulate as well. The great thing with these collected weapons is you can now merge them together to create a much better one; you no longer have to wait until a higher level sword or staff comes along like in Samurai Warriors 4. Free mode is back and you can select any one of your unlocked characters to play through the different stages you’ve completed. The jewel in Samurai Warriors 4-II’s crown comes in the form of the new Survival mode, a claustrophobic, never-ending castle that has you fight your way through even more enemies in a confined space, making sure you clear a floor of the castle before being able to progress to the next one. I enjoyed this more than the story; there are no distractions in terms of dialogue, and the map is a lot smaller so you have a better sense of where you are. There are officers on every level offering up strategy tomes and money like before, but there are also mystery officers carrying with them an abundance of loot; beat these brutes and be prepared to bask in the spoils of war.

Samurai Warriors 4-II is more of the same. It offers the same kind of gameplay as previous entries in the series, but the tweaks to the upgrading system and the intimate story mode give you a reason to dip back into the Sengoku era. The visuals have barely improved and with the power of current-gen, it’s a shame to see little care put into this area. Overall though, whether you’ve played a Warriors game before or not, you’ll find something to enjoy in its rich combat and fascinating story.

Improved upgrade system and Weapon Fusion.
A real sense of improvement in your own fighting style.
Vibrant visuals and wonderful soundtrack.

Subtitles are hard to read in combat.
No real improvement to the visuals.

Even though the game doesn’t look any better from the previous instalment, Samurai Warriors 4-II’s gameplay is as fun as ever and the story is definitely worth your time.