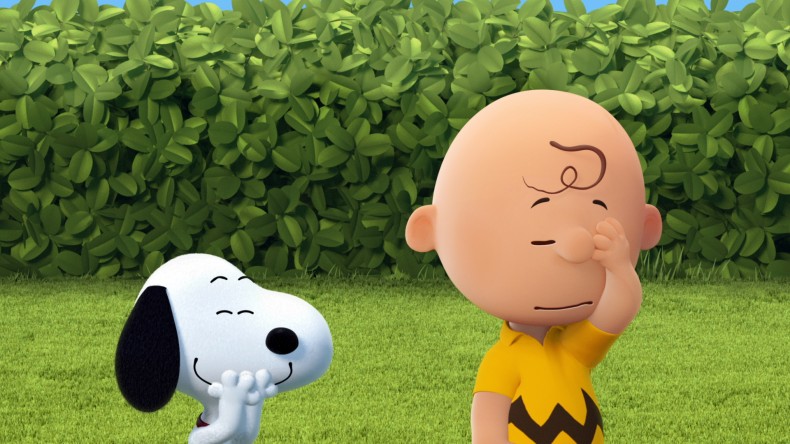 Of all gaming genres, the humble platformer is probably the most malleable and flexible in terms of audience and challenge. It doesn’t take a great feat of engineering to ramp up the difficulty from level to level or game to game, and at a very basic level there’s not really all that much difference between, say, Rayman: Legends, Super Meatboy, and this: Snoopy’s Grand Adventure.

This loose tie-in for the Peanuts movie sees the beloved beagle and his lifelong birdie friend Woodstock depart on a great adventure to find Charlie Brown and the Peanuts Gang, who have gone off to play hide and seek and left a trail of jellybeans to find. As the premise for a platformer it’s functional if mostly nonsensical, but serves as a good enough reason to guide Snoopy through six different worlds, avoiding traps, jumping on enemies, and collecting hundreds of McGuffins.

Blatantly designed for the younger gamer, Snoopy’s Grand Adventure is incredibly easy throughout, but still manages to be entertaining – mostly thanks to colourful visuals, a variety of environments, and a handful of different mechanics that keep the action involving – if not particularly fresh or new. For example, Snoopy can use his ears to glide across gaps, and a collection of unlockable costumes provide not only adorable little aesthetic changes but also temporary abilities such as freezing enemies to use as blocks to reach higher areas. Collectibles are scattered around each level of each world in the form of Woodstock’s Beagle Scout buddies. Some are genuinely tricky to get to, but won’t tax experienced players all that much. Death is mostly non-existent as enemies aren’t directly aggressive, and landing on them incapacitates them for a little while. If you do lose one of Snoopy’s hearts, you’ll have a few seconds to leap up and snatch it back, similar to in Rayman.

One of the coolest yet sadly underused elements is Woodstock himself. Like Murfy in Rayman: Legends, Woodstock can be used to activate switches and lifts – but he’s controlled by a second player. It’s not true co-op, as Woodstock can’t do a hell of a lot to help beyond manipulating certain objects, but it is nice for either a younger sibling or watching parent to get involved now and then. The costumes, Woodstock and unlockable abilities like a double jump encourage replaying certain levels to polish off all the jellybeans and Beagle Scouts you might have missed.

Most of the time, the levels don’t ask much of you or even really change beyond the environments, which follow fairly straightforward kids’ game templates like Jungle, Sewer and Moon base. That said, “piloting” Snoopy’s doghouse through the bright blue sky like a side-scrolling shooter is one of the highlights, and my daughter kept on going back to play the Skies of Paris and hardly touched the rest of the game for a few hours. Because it’s so straightforward and easy to run through, Snoopy’s Grand Adventure isn’t going to take you long to finish – but then it’s not designed for adults, and younger children will find it a little tougher and, as a result, longer. There are enough collectibles to warrant revisiting levels, and enough variety to ensure that kids don’t get bored playing levels two or three times. The boss levels at the end of each world offer slightly more of a challenge, but they’re rarely fights, and often ask that you simply escape the boss rather than defeat them.

Graphically it’s sharp and lovely, but while the environments pop with personality, there are occasional issues with the framerate that really shouldn’t exist. Snoopy isn’t the most fluid mover, either, and although the jumping is functional, it never feels totally precise or instantaneous. It’s all so lovely and cute and non-threatening, though, and my children loved it – which is really the most important thing.

Not hugely imaginative.
Movement can feel a little sluggish.
Even children won't be taxed.

A cute little platformer that will impress younger gamers while it lasts, but which is unlikely to engage even older children for long.