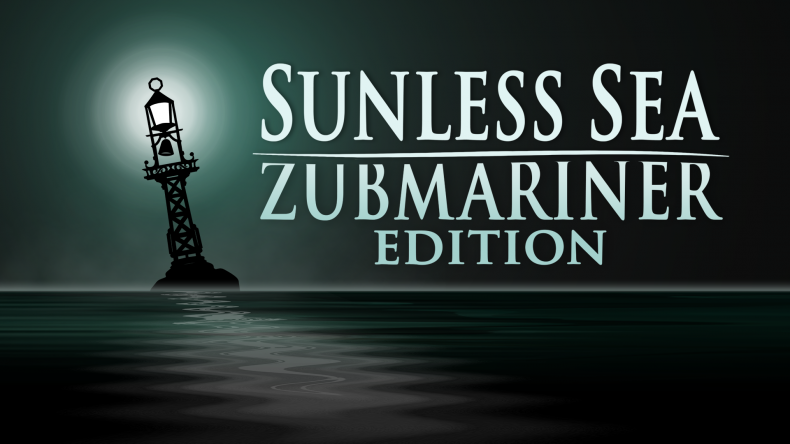 It took a while for Sunless Sea to click with me. Upon loading you are assaulted with a wall of text with no introduction, or indication as to how to play or what is expected of you. Failure comes often and quickly as you try tentatively to understand just how to play. Who are you? What will you do? Why are you venturing out into the dark unknown of the waters? There are myriad choices to make, and in the beginning the sheer volume of text thrown at you is disorientating. With persistence, however, Sunless Sea gradually reveals itself to you: a dark world filled with secrets begging to be explored, backed up by some superb writing.

Broadly speaking, Sunless Sea is a rogue-like, and with each run more of the game is uncovered. At the beginning all you are told is that the year is 1888 and London has fallen, stolen by bats and dragged a mile underground to a dark place called the Neath which is situated in the middle of a dark and dangerous ocean called the unterzee. You are a “zailor” seeking their fame and fortune on the waves, your reasons for which range from searching for the bones of your dead father, to a poet looking for tales of adventure, or perhaps a priest looking to commune with the Gods out in the terrifying blackness of the ocean. The world is an eerie, Lovecraftian nightmare vision of London, ruled by a shadowy group of people called The Masters. Nothing is clear, everything seems shrouded in secrecy waiting for you to peel back the layers. Over time you realise that those secrets are a currency to be shared with the various factions and individuals you choose to take on tasks for. Previously released on PC, Sunless Sea: Zubmariner Edition marks its console debut, and it is an odd title for the platform. There is a sense that it plays like a table top game, or a choose your own adventure book with walls of text describing events and various options for you to choose from, interspersed with the physical movement of your ship travelling from location to location. Perhaps in keeping with the idea of a board game, you play Sunless Sea top down. Sailing is a matter of resource management, your main currencies being fuel and supplies. If either one of these depletes to zero then it is likely to be game over. There is also another resource for you to keep your eye on as you explore and that is terror. Let that become too high and you and your crew are likely to go insane and end up killing each other or scuttling your craft into the darkness of the zee. The early stages then are a matter of venturing out exploring, but keeping close to your home port so you can return to stock up on more fuel and food for your crew, and take some shore leave to quell the rising fear.

Exploration is the name of the game. As you venture out you will find other ports and islands, each with their own mysteries to uncover. Island exploration is done via the visual narration with options for you to choose from. Tasks range from simply securing a port report of the island for the Harbour master to consume when you return, to more involved quests that may or may not be unlocked for you depending on whether you have encountered one of the many other secrets the unterzee has to offer. The further your captain explores and survives the more information you gather and the more options open up for you, so much so that with a lengthy run through you are following the threads of multiple quest lines. It can be hard to keep track of each one, and after a while the various absurdities of the world of the unterzee start to blend in. Was it the island of cats that gave me the red honey? Or was it the island of masks? Which mask did I choose?, and who wants the red honey? Unlike most rogue-likes, Sunless Sea is a ponderous game. The act of sailing from island to island takes time. Upon arrival the wall of text and various options to choose from take a while to read and process. This demand on your time actively works against the rogue-like elements. Whereas death is often a reward and an opportunity to try again in faster examples of this genre, the slower-paced nature of the movement and narrative delivery means that the loss of a successful run could be enough put you off trying again. Upon death you can choose to take on a lineage of your previous captain meaning your new attempt could start you with more currency, or a valuable crew member, as well as some knowledge of the local area around home base. Choose none of these things and the map starts from fresh albeit structured in a slightly different way. However, there is no escaping the fact that the early stages of the game will deliver much of the same stories you have already consumed and completed, but perhaps in a slightly different order. This has the effect of creating an experience of exploration with an ever decreasing sense of return.

Sunless Sea: Zubmariner Edition is without doubt a unique title. The bizarre setting and the way the game is delivered is under-pinned by some incredible writing that provides richness and intrigue to the world. The stories you gather as you play through each run are by far its greatest asset, however, the slow pace, as well as the deliberately obscure delivery won’t attract everyone. For those that do enjoy this type of thing though, there is a substantial amount of content for extended play, with hundreds of secrets to discover and story threads to follow.

Sense of discovery erodes after a while
Slow-paced

Sunless Sea is a unique title. A rogue-like set in a Lovecraftian nightmare with table-top RPG elements backed up by some truly excellent writing. The slow pace, and narrative delivery may well put some players off though.