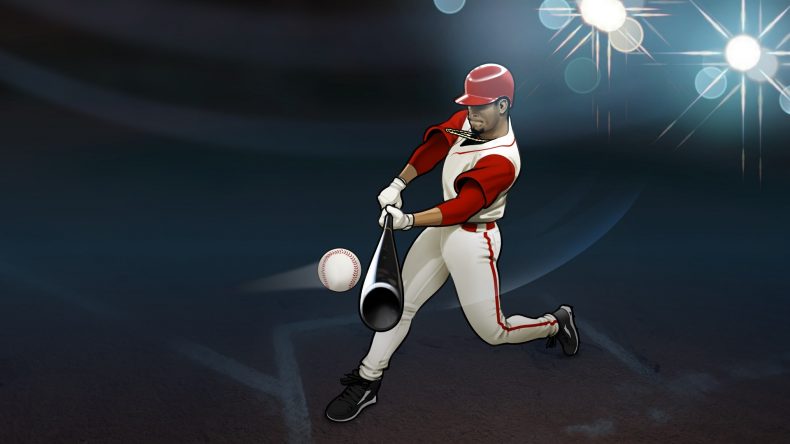 I’m a big lover of American sports, but there’s one I know very little about. Baseball is one of the most popular in the US of A, but I always assumed it was rounders with a different name. I played softball at school as well, and I’m still not sure if that’s the same as baseball or rounders. As far as playing the sport in video games, I was a dab hand in the batting cages in Yakuza, and on Wii Sports I was the king of the diamond. It’s fortunate then, that Super Mega Baseball 3 welcomes new players with open arms. Although it may be confusing at first, by playing a couple of games gets you up to speed with the fundamentals of the sport.

I’ve dabbled with the previous two incarnations, but never spent more than a few hours with either. I know enough about the sport to understand what’s going on, but others might think twice before diving in. Although Super Mega Baseball 3 has refined the basics, it has also added new mechanics like passing the ball between fielders, and different types of pitches, as well as the glorious Franchise Mode that builds a bond between yourself and the team you chose to play as. Even though the characters are entirely fictional and cartoonish, the actual simulation is as close to baseball as you’ll get, making Super Mega Baseball 3 the best yet. It’s straightforward and grounded whilst still offering a deep level of play. When you’re on the field, almost every element of baseball is soundly represented. Batting gives you complete control, and dependent on the pitch, you can perform a wide range of strikes. It can be confusing at first, but once you’re hitting home runs left, right, and centre, there’s nothing quite like it. You can focus on power swings to gain rewards for perfect timing, or play the field by delivering a well-struck ball into a sweet spot out-field.

Pitching is a mix of getting the right power and the perfect pitch. Throw a curve ball to confuse the hitter, or throw a fast ball just inside the pitching zone to rack up those strikes. Certain pitchers have some beautiful styles, and deciding which one will work well against the batter provides another layer to its surprisingly deep gameplay.

The only area of the game I struggled with was manually fielding. Whilst players on your team can catch or move without you controlling them, if you want to dive then the precision needed quite often misses the mark. Most of the time you’ll not need to fly through the air to make a catch, but the slightest mistake can cost you vital seconds, allowing the opposing players to move onto the next base or even make their way around the diamond. It’s a fluid experience, one made better by how fast your team can move the ball around. If a batter doesn’t get the distance it needs, you can quickly throw the ball to 1st base if your player has decent power. Previous iterations in Metalhead’s baseball series only had seasons to play through, but now there’s a Franchise mode. Thankfully, it’s not as deep as the modes featured in NBA 2K or EA’s Madden NFL, but it gives you just enough to sink your teeth into. Each team has a fundamental strength. Some are better fielders, others are supremely powerful, and others have a balanced skill set. I opted for the Nemesis, a band of extremely powerful hitters. Also, I thought the name was cool, and they’ve got a guy called Mash Tatters, making it a win win in my eyes. I opted for a shorter season to start with (comprised of 16 games) so that I could get to grips with everything. At the start I knew little about my team, but as the season went on, I felt a great connection to them, making some of my later decisions incredibly tough to make.

In one match, I was facing the Jacks for a second time, and whilst our first game saw me pick up a vital home run in the eighth innings, I dominated for most of this match. Even though I won 17-3, one of my favourite players got injured. Hito Moonshota, Mash Tatters, and Jock Sports were my holy trinity, and seeing Moonshota go down was a huge blow for us. Despite his poor hamstrings, I moved on and took a good look in free agency to see if I could grab a suitable replacement due to the fact I only had a few game left to end up in a decent position.

Whilst you can’t trade with other teams, there’s a list of players you can sign, but at the same time you must let someone go. Becoming fond of your team makes these decisions difficult, as well as making sure you stay in range of your salary cap. Players on the free agency list change in value, so it gives you a reason to play the stock market if you will. Another factor you need to pay attention to is improving your players through acquiring temporary buffs and debuffs known as Traits. It adds a strategic element to how you approach every game. Scouting the opponent and seeing how certain Traits will help you out gives Super Mega Baseball 3 more depth.

The presentation isn’t at the same high level of the Madden games, but it’s still a good-looking game. Player animations are limited, and there aren’t tons of variety in the way your teams move around the pitch, but the 14 different stadiums and customisation options allow for lots of different set ups. Every player can be customised, as well as your team’s uniform, letting that personal connection build even more. You can even adopt a tune for when your player walks up to bat or grabs a home run.

Super Mega Baseball 3 improves on the mechanics of the previous two games by adding subtle changes, but the gameplay is easy to get to grips with, making sure anyone can play. The unlicensed teams and players add a personal touch, and the ability to customise almost everything gives you plenty of ground to make it feel unique to you. I’m a big fan of have you can change the difficulty (called EVO), giving you the freedom to choose between 1-99 in different aspects of play. Finally, the inclusion of its franchise mode means you can do much more than just play a season, hiring, improving your team, and watching players you love retire builds a welcomed bond between you and your team.

Super Mega Baseball 3 is a solid baseball sim, proving grounded gameplay that allows anyone to jump in. With loads of customisation options and a great Franchise mode, it's easily the best in the series.