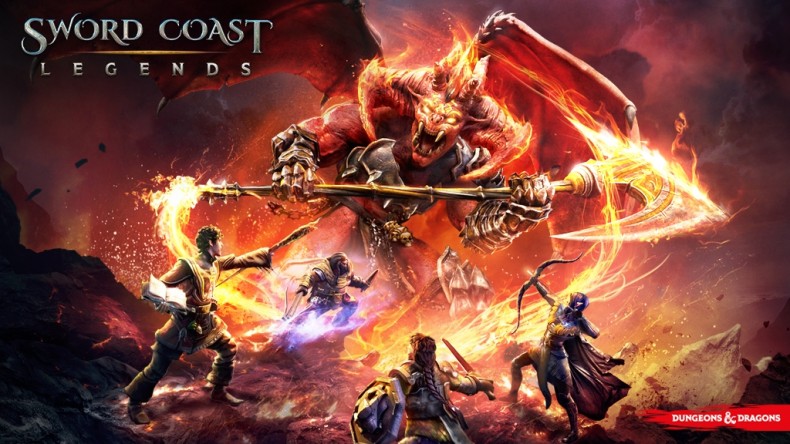 Sword Coast Legends debuted on PCs back in late October last year to a chorus of disappointed grumbles from critics and gamers who had been sold on promises of a return to the glory days of isometric CRPGs. Invoking memories of stone-cold classics like Baldur’s Gate and Neverwinter Nights, n-Space’s party-based dungeon crawler built up a level of hype that it was always going to struggle to deliver on. With the subsequent closure of n-Space, it seemed unlikely that the long-touted console version would ever see the light of day – but here it is, almost 10 months later.

Shipping with two campaigns (the original Sword Coast Legends and DLC expansion Rage of Demons), it’s a solid enough tactical RPG that marries Baldur’s Gate and Dragon Age: Origins with some success, even if many of its systems fall flat and it regularly struggles with technical issues.

You can’t fault the developer for doing their utmost to deliver a robust package. Putting aside the story campaigns for a moment, there’s also a Dungeon Master mode that allows you to create your own dungeons to post online, complete with primary and secondary quests, bosses to fight, treasures to plunder and various challenges to overcome. I dipped in and out a few times and found the toolset to be easy enough to use after a few attempts, even if it is ultimately a little barebones. The biggest problem it has, though, is that there are very few active users. This is an issue that also plagues the campaign, as I played a good ten hours with the setting on “Public” and had not a single other player join my game. In the end, I started selecting “Solo” automatically. That being said, while the option to play with friends is welcome, it’s far from necessary and almost feels counter to the genre, at least to me. When playing on pen and paper, as Dungeons & Dragons is intended, a good group of friends makes the experience so much richer, but in a video game with a built-in pause & play tactical option and such a small party to control, it seems a little arbitrary.

At any time during combat, you can hit the touchpad to pause the game and assign actions to your adventurers. Downing a potion or using the right spell can often be crucial to survival, especially as combat can be so fast-paced and difficult to follow, but no amount of tactical options can truly save the awfully imbalanced difficulty. More and more I was forced to drop the setting to Easy and after a while, even that became ridiculously hard. By the time I was a dozen hours in, I left it on and Easy and forgot about it. Quest difficulty seems almost random at times. You can collect two quests from the same area at the same level, find one an absolute doddle the other insurmountable. Grinding isn’t an option, either, as it takes so long to gain a character level. Eventually, perseverance will reward you with something approaching equilibrium, achieved mostly through the judicious use of the Save Game option and tactically pausing almost every single encounter.

Character creation and customisation is varied enough, but several classes and races are notable by their absence. You can choose from D&D staples like Humans, Elves, Half-Elves, Halflings, Dwarves and Tieflings, but there is sadly no Drow option in the story campaign; similarly, while you can choose to be a Fighter, Paladin, Cleric, Mage or Rogue (among others), there’s no Bard, Sorcerer, Druid or Barbarian. These omissions boggled in the PC version, and it’s even more annoying that they’re not present in the console port. In fact, aside the addition of the Rage of Demons DLC, there isn’t an awful lot added on PS4. The plot is decent enough for fans, and the progression systems and menus won’t hinder genre veterans, even if the humble controller struggles to shoulder the immense array of PC-centric commands. Switchable weapon sets, 12 assignable skills, quick-access menus and target-cycling all combine to make for a complex control system that takes some time to get used to, but which eventually feels functional if never truly intuitive. The menus themselves aren’t always easy to navigate either, suffering from the same technical issues as the action, pausing and stuttering or occasionally going the opposite way to your input.

Graphically, the environments fare better than the character models, which is also true of the audio, as the soundtrack has moments of true quality while the voice acting often hits laughable lows. Yet, it maintains its atmosphere throughout and presents an undeniable Forgotten Realms setting that may not dazzle but will satisfy fans of the medium.

Sword Coast Legends is a decent CRPG let down by an overall lack of imagination and irritating difficulty spikes.

Sword Coast Legends Coming to PlayStation 4 and Xbox One