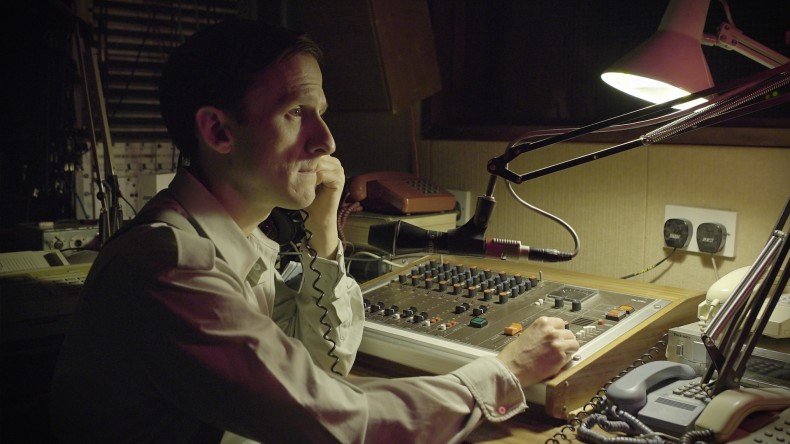 It’s not often that a game comes along that feels truly unique, but whenever one does, there’s almost always a small studio behind it. The Bunker by Splendy Games and Wales Interactive is one such game.

It’s essentially a point ‘n’ click adventure with a smattering of quick time events thrown in, almost like a Telltale title but without the choices. The big difference being that it’s entirely live action with zero CGI. It takes the rather harrowing tale of John, a young man born in a nuclear fallout Bunker in Essex after bombs wiped out Britain in an unspecified war. It takes place in the 90s, and begins with John left as the Bunker’s sole survivor when his mother passes away. At first, his routine keeps him busy, but when things beyond his power start to go wrong, he has no choice but to venture beyond the only safe space he has ever known and attempt to find a way out. As you explore the bunker, you’ll have to solve a series of fairly rudimentary key-finding puzzles. You may, for example, need a radiation suit to progress, or you’ll need to change an air filter; which you’ll first have to find. Now and then a QTE will pop up, or you might have to hammer X to force a door. Beyond that, your only interactions are guiding John from room to room, examining everything that triggers an icon.

John is constantly assailed by flashbacks, through which the truth is steadily revealed. At times it’s genuinely creepy, at others it’s shockingly gruesome, but it’s always compelling. Adam Brown’s performance as John is wonderful. He’s a terrified puppy let out for the first time, and often proves to be his own worst enemy. His mother, played in flashbacks by Sarah Greene, is his rock and guardian, and without her he slowly begins to lose his grip on what’s real. The Bunker plays out over around 2 to 3 hours, and there isn’t much of a reason to go back as you can see both endings by reloading the final save. Aside a few of John’s old wooden toys scattered around, there’s also not really a reason to thoroughly explore the place. The few computers and diaries you find shed a sinister light on the bunker’s history, but there aren’t enough of them to build a real picture. Instead, the story just gives up the goods on its own by the final act.

Ultimately, The Bunker is something genuinely new and, dare I say it, brave. There’s not a lot of game here, but the tale is well told, the grainy visuals feel authentic and the use of live action makes you invest that much more in the two main characters. It’s also very creepy at times, and makes a meal of its paltry ingredients by playing with shadows, loud noises, a creeping score and the odd jump scare thrown in for good measure. I’d like to see just what can be done with this formula in the future, and hope to see Splendy, or indeed other developers, taking similar risks with other stories. The Bunker is grim and morbid, yes, but it’s also compelling and wonderfully original.

The team has succeeded in creating something that feels truly different and unique, but it's over too quickly and far too simple as a game.