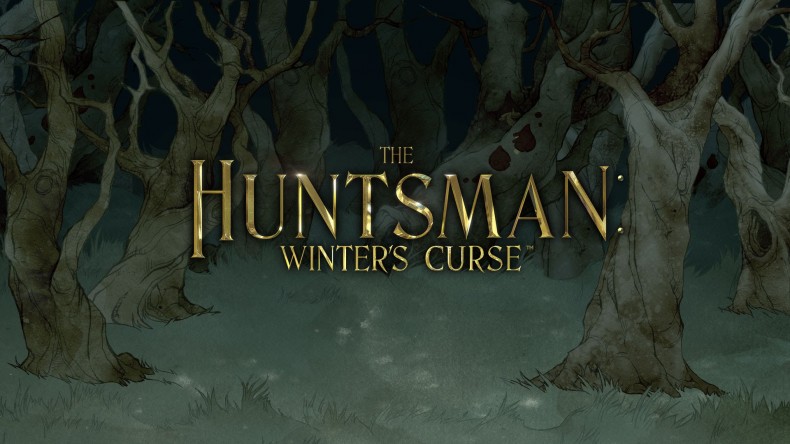 There have been so many movies made into appalling video games (and vice-versa) over time that whenever you hear utterings of a new adaptation, you can’t help think it’ll end up in a New Mexico landfill site like the abominable ET: The Extra Terrestrial for the Atari 2600 (I almost took the PlayStation 2 version of Fight Club there myself!). The Huntsman franchise is an odd choice, especially as the films weren’t received particularly well, and an RPG in the same style as The Banner Saga and set in The Huntsman universe was going to have to be pretty good to get anyone’s attention.

The Huntsman: Winter’s Curse follows the story of a farm girl called Elisabeth on a quest to find her missing brothers in a dangerous and unexplored world. It’s a standard story involving evil queens, magic and monsters and it never captures your imagination. The basic fantasy tropes are on offer and some of the game’s plot tries to surprise, but normally falls short. Regardless of the qualms, I have with its story, Elisabeth is a great character and a resilient one, providing a female lead with a big heart and a strong personality. The mission path is shown on a map of the realm, and each quest is highlighted in the different locations you find as you progress. Along with the main quest are side quests, but they do little to add to the overall experience. When you choose a mission, a scene opens up with the characters represented by static movements and dialogue boxes. Occasionally there are choices for what your reply can be, but you never really feel like the choices matter – things will still happen despite how you chose to respond.

I noticed many of the scenes in which I was conversing with various characters ended abruptly and even prematurely when I reached the final line of a scene’s dialogue; it’s not the be-all and end-all, but it’s noticeable and something which has no reason to happen. The artwork is traditional and complex, with the watercolour look making the scenes feel like the fairy tale illustrations in those thick, hardback storybooks you read through as a child. That’s what makes these rough transitions even more disappointing because of all the effort put into the drawings.

When you get down to fighting, things depend more on luck than actual talent. Each battle is turn-based, and you choose your options from three randomly selected cards. There is an upgrade system and when you win fights and progress through the story, you’ll get to unlock new cards by way of new equipment, but it doesn’t always mean they’ll get drawn. Some of the cards offer higher attack, decreased enemy attack and increased defence, along with many other perks and abilities. At the top of the screen, you have a character conveyer belt featuring all the characters in the battle. Each player’s turn comes up as it moves from left to right; sometimes the next player in line can get knocked back if you pick the right card. Nobody can guarantee anything in the fight and it does help to shake things up. No two battles are the same, but each one feels like a bit of a slog. There’s a great deal of repetition and fighting off the same opponent, which can get irritating, and with the story plodding along at a slow pace, fights shouldn’t feel like an inconvenience.

You can have up to three characters available in battle, and some have different abilities so you can use one predominantly as a healer and the other two as your main offence. The equipment you unlock has different cards with greater power and can be used to strip HP straight from the enemy or heal your party’s health to a greater level.

The biggest problem with The Huntsman: Winter’s Curse is that it feels so unoriginal. I’ve seen it all before and it’s been done much better. It’s a great achievement and Desert Owl Games has done a sterling job with the source material, but the world of The Huntsman isn’t the most interesting starting point.

Elisabeth is a strong female character
Artwork is great

The Huntsman: Winter’s Curse is a turn-based RPG without the deep upgrade systems and gripping stories you’ve seen in other games within the genre.