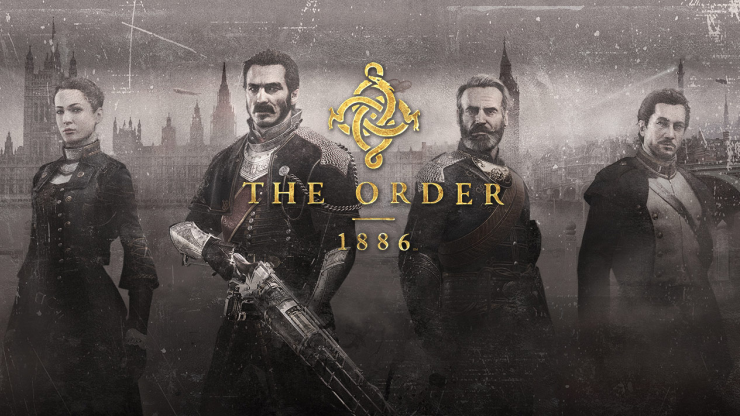 I finished The Order: 1886 in 6 hours and 47 minutes. It was a fairly expansive playthrough, during which I wandered off the path as much as I was allowed to. I played it on normal difficulty, so aside one or two tricky areas, I didn’t really get stuck. I’m telling you this now, because 1886’s run time is a factor that will form the basis of an awful lot of articles, opinion pieces, and reviews over the coming weeks, and is possibly the most important piece of information to include in your decision as a consumer.

It is a short game with very little padding and a focus on the story and setting. Is it worth playing again? Yes. Will you get anything else from it besides trophies and hoovering up a few collectibles? Not really. It’s simply an effortlessly playable game set in a world that deserves to be savoured as much as you can. There is no multiplayer, and there are no alternate modes, side quests or hidden challenges. If you don’t like short games, or feel five to seven hours is not value for money, then I won’t try to change your mind – that’s not my job. But I would suggest judging The Order: 1886 for its merits instead.

The plot occupies an alternate history in which King Arthur and his Knights of the Round Table set forth upon the Grail quest in order to combat the Half-Breeds (Lycans), essentially werewolves who have plagued humanity for centuries. Upon finding the Grail, Arthur and his sworn Knights drank of the Blackwater within, receiving unnaturally long life and the ability to recover from almost any wound. When one of the Knights does succumb to the enemy, he is replaced by another who takes the name as a badge of office. The protagonist Grayson, for example, is the third Knight to bear the name Sir Galahad. While much of London seems unchanged, there are steampunk fantasy elements woven through The Order’s tapestry, such as the Knight’s shoulder-mounted long-range communication devices, rocket launchers, and arc cannons provided by legendary physicist Nikola Tesla, the Order’s version of James Bond’s Q. The story focuses on five Knights – Galahad, Perceval, LaFayette, Igraine and Lucan – as they attempt to uncover the truth about the Lycan menace, and face a band of rebels intent on bringing down the established government.

The Order’s story is, at times, excellent. The script is fantastic and the delivery is possibly the best I’ve heard. The voice actors bring the characters to life in wonderful ways, helped along by facial animations that have to be seen to be believed. Characters don’t just talk, they emote. Facial ticks and eyes that behold a curious sense of life occasionally give the impression of watching an interactive movie, which is a good thing, as 1886 likes its conversations. Several chapters are entirely cutscene-based, and if you’re the sort who likes to skip through video sequences, you may be better served elsewhere.

When you’re out in the world, action is presented over Grayson’s right shoulder as in Gears of War. You’ll slam into cover and mantle it, blind fire, hurl grenades, and instantly takedown any enemy who gets too close. The gunplay is meaty and impactful, and The Order presents just enough retro-futuristic firearms to keep the action fresh throughout. The main weapon, the Falchion, is an all-day assault rifle with a secondary fire option that produces a blast of air to stagger or stun enemies. Additionally, the thermite rifle – a personal favourite – sprays a chemical with its primary fire and then ignites it with a tap of R1. It’s a great weapon, but like many things in Ready at Dawn’s shooter, it’s underused. Shooting makes up the bulk of the run time, but there are stealth sections dotted here and there to break up the pace. While the silent kills are satisfyingly brutal, insta-death fails are not. It’s an element that’s sadly indicative of The Order as a whole, in fact. It’s the proverbial wrinkled old mutton dressed up as a spring-heeled lamb, and uses pack-leading visuals to hide some truly archaic systems. With a weapon selection and combat mechanic borrowed wholesale from Gears, unforgiving stealth sections and a rigid linearity that harks back to the days before you could even play a console game online, it always looks but never feels thoroughly modern. A bullet-time style slow motion mode called Blacksight rounds off the checklist of established tropes, but it’s so under-promoted that I forgot I could do it until the end-game shootout, when it finally became utterly essential for the first time.

Much has been made of the inclusion of Quick Time Events, but 1886 really doesn’t beat you over the head with them. Now and then you’ll have a button prompt to influence a cutscene, but there’s rarely a penalty for missing them; you simply return to the moment before and try again. Likewise, the obnoxiously named “cinemelee” is really just you pushing the stick and hitting the triggers to fight a large enemy mano-a-mano, but while it’s hardly a new system, it is incredibly entertaining.

There’s no denying that the story is The Order’s strongest suit. Grayson is a brilliantly brooding protagonist, and the supporting cast manage to be interesting enough to weather the odd clichéd character angle here and there, and they all feel essential to the plot. This version of Victorian London is glorious and grim representing that rain-greyed nest of a city with care and attention to detail, exploring known locations like Whitechapel and Crystal Palace, and bringing to life every smear of grime and rain-shined cobble. The Order is only let-down by a sudden and anticlimactic ending that deliberately leaves a multitude of plotlines dangling over an abyss, awaiting resolution. Ready at Dawn’s confidence in their IP must be high, but if it’s misplaced we’re going to be left wondering forever over the fates of pretty much every major character. In a story so short, it’s frustrating to be left wanting in such a fashion.

All things held to account, The Order: 1886 is a game that deserves to be played, if only to witness the true graphical power of the PlayStation 4. Yes, it is short when compared to other recent titles – even story-focused offerings like The Last of Us and Wolfenstein: The New Order – but what’s here is high quality. For as long as it lasts, this is a breathtakingly beautiful blast. It’s a blockbuster in every sense: glossy, bombastic and well-crafted, but undeniably shallow where it counts – despite its lavish history and expansive lore.

Whether or not you consider a six hour campaign value for money (regardless of its quality) is down to personal preference, and it’s your money at the end of the day, but it would be a shame if Ready at Dawn suffered unfairly for a crime no greater than focusing on the plot and the characters, and producing a game that’s the very definition of “all killer, no filler”. You’ll make up your own mind, of course, but The Order: 1886 left its mark on me deeply, and I can’t wait to return to Ready at Dawn’s dark, forbidding London.

Read our interview with the CEO and Founder of Ready at Dawn, Ru Weerasuriya.

Check out our comprehensive breakdown video.

A stunning action game that relies on story and performance over padding and tacked-on game modes, The Order: 1886 will nonetheless divide gamers with its short run time and reliance on cinematic dazzle.