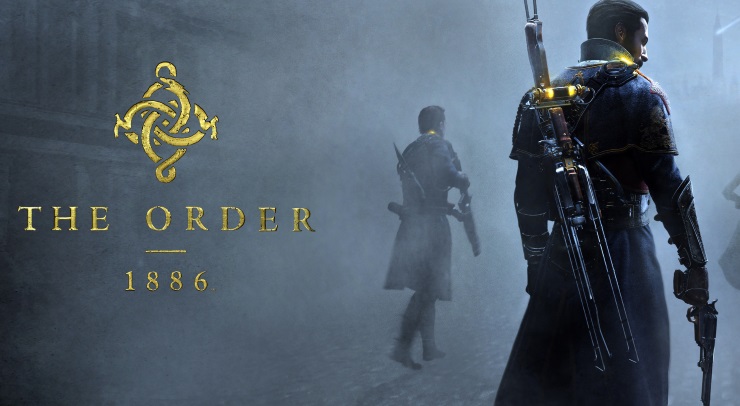 A heck of a lot of words have been bandied around about The Order: 1886, Ready at Dawn’s story-driven third-person shooter. Early previews criticised many aspects of the title, from the cost of its amazing visuals and seeming reliance on quick-time events, to how much of an actual “game” The Order is. When I sat down to talk with Ru Weerasuriya, the Founder and CEO of Ready at Dawn, he was quick to allay some of those concerns.

“The Order: 1886 is first and foremost a shooter. We were building our gameplay mechanics to try and figure out what game we wanted to make. One of the things that did influence the fact that it was going to be a filmy game was that visually we knew what we wanted to target, so regardless of anything else we wanted to have this filmic feel to the game, grain and imperfections and how we built our lens and our materials, we had all that in mind. One thing that did push that cinematic feel was that we decided very early on that the objective for the team was to have no pre-rendered cinematic in the game. As soon as we said that, it meant that everything had to run in game, in real time. As soon as that is your objective, suddenly you start realising that you’re making this game that is constantly pulling you in and out of gameplay and has this kind of flow that never stops, and that flow naturally became that cinematic kind of feel. But at the core it was always a shooter.”

Ru is also keen to stress that gameplay did not suffer in pursuit of stunning visuals, but instead served what the studio were aiming for.

“The visuals more than anything helped everything we were trying to do. Ultimately every single aspect of what you develop in the game serves the mechanics that you are trying to build. For us, knowing what the core was meant that everything we put on top of it had to enhance those core mechanics that the game was trying to show. Every time we had to make strong decisions about where we were going to go we always fell back on what gamers usually aim for; gameplay has to win. We always took that route, even when we had to make some sacrifices that we felt were pretty big on other sides, we always said: Look, gameplay is going to suffer because of this, there is absolutely no way we are going to do that.”

“Even visually, when you talk about the fidelity of certain things you want to do, sometimes you just have to dial down some of the things that the artists want to show on screen, and just go: “Look it already looks beautiful, we can’t go that far” because you’re asking that someone else basically give up on something of theirs. It’s always a trade on multiple fronts, and we always try to make sure the trade is beneficial to gameplay. The studio doesn’t seem too concerned about the popular belief that The Order is a string of quick-time events, either.

“I think people will find it surprising when they play the game that there is not that many quick-time events. It’s not about quick-time events, in fact most of the demos we have shown, like the two demos today, they were core gameplay, not quick-time events. We’ve shown ‘cinemelee’, that is actually is a melee, movement based system that isn’t based on quick-time either. It’s interesting that people have gotten that from the stuff we’ve shown, because the issue is this: when you see a game look the way it does, like we did, people automatically assume that there cannot be gameplay attached to it, because it looks like a cutscene, so obviously it cannot be a game that plays out. But the reality of it is that for most of the game you play around the world. Most people who have played it now have kind of finally got the idea after a long time. Maybe we didn’t do the exact right job to relay that, but we always believed that once people got their hands on the game, they’d realise that a game can look like this and not be filled with quick-time events. In fact it’s very seldom that you have them.”

One big question – particularly given the recent outrage over how quickly the game can be completed – is how does the developer intend to draw players back into the game once they’ve completed it.

“Replayability, I think people expect that nowadays, they want to know that there’s something else they need to do. The way we did replayability was in trying to add content to the game that was more lore, like finding out more things about the game. There is a lot of information in there, sometimes hidden, sometimes in front of you, that will actually give you a lot more information about the IP. It answers questions that you have about the game, and it poses questions that will hopefully be answered in the future, but it expands the horizons of the IP.”

Ready at Dawn may have laid the foundations for a sequel, but Ru is pragmatic about the chances of a follow up.

“If it takes off, of course, that’s always the thing. The reason that we create a game is because we want people to play it, and if people will play it and they have that hunger to have more, there’s a lot more where the story’s going to go, and where it’s been already as far as what has been written – there are a lot of stories in the past of 1886 and in the future as well.” Some have pitched The Order as Sony’s answer to Gears of War. According to Ru, however, that isn’t the case.

“I think Sony is actually very different. Microsoft makes great games when it comes to things like Gears and Halo, and games like that have had a huge impact on how we perceive and play games, but Sony is more on the creative side, they do games for other purposes I think, they all have their doctrines that they live by. For us, The Order was not an answer to a hole that was there, it was more a great idea that I think we have, there’s a great platform that’s coming out, lets try and make the two work together.”

Being one of Sony’s flagship exclusives this year, it would be reasonable to expect the studio to be under pressure to perform – especially given the mixed reception to other PS4 exclusives. But Ru doesn’t feel that they are.

“The only pressure that is there is often from the expectations of people who play games, not just that we have to somehow hit it out of the park because others have not been able to do that. The number one person we have to please is not a publisher, it’s the people who play the game, and that’s a good pressure to have. It’s the people who actually go out there, that meet us at places like the PlayStation Experience, that when we get the chance to see those guys who play games, who love what we all do and give us feedback, that’s the good pressure that we have. It’s those guys who say: “I wish you would do that, you should definitely do that”, and you’re like, shit, you know that you’re doing it already but you don’t want to disappoint them, they’re expecting something this big and hopefully it is going to be that big when you get it out there.” Ru also made sure to mention that Galahad was not a hero. When asked why, the conversation takes a more philosophical turn.

“He’s the protagonist, he’s not a hero. I hate heroes. I don’t know how to say it in a better way, but I’m not fond of the whole idea of heroes. They are a utopia that we create because of the way we would like to think of good and bad. For me, the most important thing about Sir Galahad is that he’s neither a hero nor a villain, just like any of the other characters in the game. Describing him as a hero automatically puts him on a pedestal that you can’t take him off of afterwards.”

“What he is, is a knight. A warrior. He’s someone who has done things in his life – automatically as a warrior you have to do things most likely that you don’t like – and as a protagonist he is a complex character, all of the characters in there are complex. It’s just that the word hero always has this thing for me where I feel like: “No no no no no, nobody is a hero, there’s no heroes in the world.” There are people who do good, but the single definition of a hero basically makes a distinction that puts you somehow above others. I like the idea of people all having it in them to do great things. And that’s what Galahad in the game is: he has it in him to succeed in certain things and do great things, but that doesn’t put him above anybody else.”

“I would say that if you look at Lafayette in the game, he is more of a hero than Galahad, so if you want to talk about if somebody is good in the game I would say Lafayette is because if you look at his real history, he is one of those guys who is one in a billion – they don’t come often. He was somebody who did a lot of things for the right purposes at a young age, becoming a general in the American Revolutionary War, and everything he did in his life is pretty amazing. We kind of stuck to that character trait. There are people you might perceive as being more good or evil than anybody else, I think that you will definitely find, but there is no absolute.

No interview at God is a Geek would be complete without the crucial Ketchup question, and Ru looks delighted as he answers.

“Actually both. You know why? Because I’ve got two different kinds of ketchup. A traditional ketchup that we keep in the cupboard, that’s your regular ketchup, but there’s this other ketchup from Sri Lanka, where my parents came from, and there’s this chilli ketchup that they have over there and that one has to be refrigerated.”

Thanks to Ru for his time.

You can find me on Twitter and PSN as MacShanks, and feel free to hit me up if you have any questions, queries or feedback!
MORE LIKE THIS
Ready At DawnThe Order: 1886