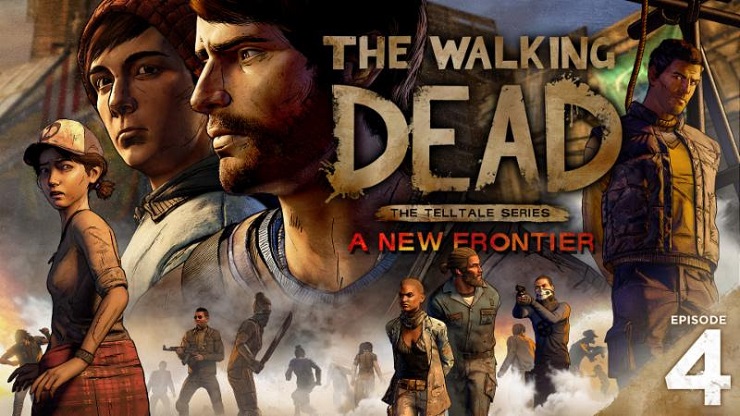 We’ve witnessed Javi go through a fair bit of trauma in Season Three of Telltale’s The Walking Dead, but it isn’t until Thicker Than Water where I’ve been worried for him. The character of Javier Garcia has grown so much, and with that, so has my concern for his welfare; he’s a good man who cares for his friends and family, and his demons are never cast aside – he wears them firmly on his sleeve. There’s a full assault on its way, where Javi, Kate, Tripp, and the rest of the survivors are going to go war, and I don’t want to see him die like Lee, or disappear into a fading sunset like Kenny.

Episode Four sees Javi mount a rescue for his brother, as the leader of the New Frontier tries to keep her community safe. Joan doesn’t ooze the same levels of instability or craziness as William Carver did, so you’ve never really had a reason to worry about what she’s capable of – until now. Telltale has kept it hidden just how much Joan craves safety within her sanctuary, and just what lengths she’ll go to to maintain the security of Richmond, and in the episode’s final moments it’s made crystal clear. There are some great scenes with characters we’ve only really see in the background, especially Ava and Eleanor. Surprisingly, Gabe gets a lot more screen time as well, and he’s not as annoying as he has been, in fact, he actually plays an important role in proceedings. In a similar way to Clementine in the previous two seasons, we are seeing Gabe grow from boy to teenager, having to mature at an unnatural pace do to the world around him, and there’s an underlying sadness to it – to what he has to deal with.

The backbone of this season’s story is the relationship between Javi and David. Since Episode One we’ve seen the beginnings of their downfall as siblings and where it all started to go wrong. We’ve seen the brothers fight and argue, and even at the start of Thicker Than Water, we see further turmoil between the two, however, we can also see they love each other deeply. Many brothers fall out in their lifetimes, but many would also do everything they could for each other; when it dawns on Javi just what David’s going through, the love for his brother which had faded over time comes back. This is Javier Garcia’s story – there’s no doubt about it, however, Thicker Than Water gives us plenty more meat to the bones of Clementine’s, especially how she’s been dealing with losing AJ. There’s also a moment when Telltale reminds you that Clem is only a kid, and it is done in such a sweet and charming way. You forget that behind that pain and loss Clementine has dealt with she’s only a child – a child who shouldn’t have seen the things she has. She’s grown a thick skin, and she won’t take shit from anyone, but it’s made clear that this girl needs a mother, or a father, or someone to care for her.

Thicker Than Water is the best episode yet, and as it finished I was left with the all too familiar feeling of nervousness and fear us Walker fans are used to. Telltale Games makes great use of Walkers, too, and you remember just how random and deadly their attacks can be. Going into Episode Five it’s going to be interesting to see how the group dynamic works after the crazy events of the end, and just how the gang are going to recover. There’re still plenty of issues with the animation on the character’s eyes, and some of the facial animations aren’t telling of what they’re actually trying to say, but forget this due to the gripping nature of the story. It’s clear to see why The Walking Dead is Telltale Games’ jewel in the crown, and if the previous two seasons have taught us anything, it’s to bring your hankies to the finale.

Character animations are still off

There's no denying Episode Four does the series justice, and the finale has been set up brilliantly.