previous
The Walking Dead: A New Frontier – Episode 4: Thicker Than Water Review
random
next
The Sexy Brutale Review
1 like 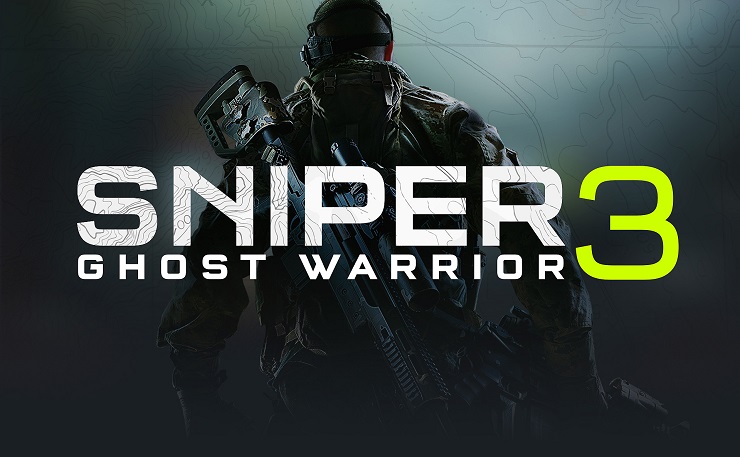 Going into Sniper: Ghost Warrior 3, you have to wonder why developer CI Games (formerly known as City Interactive) would replace one incredibly bland, “America, fuck yeah!” protagonist with another. Had CI made major sweeping changes to the story, setting or themes, it would have made sense, but they haven’t, which begs the question: where the hell is Cole Anderson?

I know that, being dead honest, he was hardly a dynamic protagonist, but for fans of the series it’s a bewildering change. New leading man Jon North is fairly dull, as is his story. Lifted straight from a Call of Duty game, the plot sees North’s brother (and fellow sniper), Robert abducted by Georgian terrorists for reasons unknown. Two years later, Jon is sent to Georgia on a mission to destabilise the current regime of terror, a mission he plans to bastardise as a means to search for Robert. To do so, he takes cues from what shall here-to-in-after be referred to as the John Wick Playbook: if you can’t find your primary target, execute everyone you can see by the judicious application of gunshots to the head until the only bad guy left standing is the one you want. Aided by Lydia Jorjadze (yeah, I can’t pronounce it either), his super-hot, super-badass ex-squeeze, and Frank Simms, the phoned-in, wisecracking “voice on the radio”, Jon sets out to perforate his way through an entire mercenary army with less regard for human life or bad guy hierarchy than Nathan Drake. Typically, if it’s neither a cowering civilian nor stunningly beautiful black ops agent, it needs a hole in its head.

While this sounds a bit negative, it’s actually surprisingly enjoyable. As a framing device, it works. Jon is a man with a mission, wilfully disobeying orders from whichever shady agency is writing his cheques to go off the reservation now and then for a spot of casual head-shotting, all of which is facilitated wonderfully by the new open world structure. My biggest complaint against Sniper Ghost Warrior 2 was the lack of freedom, that a game that should be about intricate recon and precision execution was so frustratingly linear. By comparison, Ghost Warrior 3 is made of freedom. For clarity, this isn’t Far Cry (the open world is nowhere near as vast), and the 26 missions and 16 side missions won’t take you all that long to get through, but what’s here is well-designed enough. Most objectives involve scouting out an area, tagging targets either with your scope or handy drone, and then eliminating everyone to rescue prisoners, take out a high value target or pacify an outpost. Scattered curiosities such as mini murder investigations or antique sniper rifles litter the map, so no matter where you go there’s usually something worth exploring for.

The safehouse is where you plan your missions, change your loadout, or buy, upgrade and modify your equipment. Again, CI Games have gone all-out in terms of options, giving you smoke bombs, grenades, trembler warning devices, trip-wires and tagging rounds to deploy in the field. You can switch out ammo to use bullets with explosive heads, carry a back-up assault rifle or compound bow, and manufacture bombs to really go to town on the enemy. While the missions are still fairly rigid in terms of what you can and can’t do, it’s when you’re out in the open world that Ghost Warrior 3 shines.

Tackling an outpost, for example, can be incredibly tense, marking out targets, piloting the drone in to find hidden enemy snipers or mounted guns, then systematically picking off the patrols until it all goes Pete Tong and someone hits the alarm. At this point it becomes a game of stealth as you sneak from cover to cover trying to establish a new vantage point and the enemy frantically search for you. It’s nothing new, of course, but it’s well-executed here. All actions build towards one of three skill trees. Again, these aren’t particularly robust, boasting only 9 single-tier skills per tree with no branches – but they do the job. Separated into Sniper (shooting), Ghost (stealth), and Warrior (combat), the skills reward you based on your playstyle. If you like to be gung-ho, you can be, providing the mission doesn’t dictate stealth, and this will unlock skills that increase survivability, explosion radius or reload speed. Sniper grants you a steadier hand and decreased visibility, while Ghost allows you to move more quietly and auto-loot enemies when you perform takedowns.

There are issues, of course. While the open world isn’t as big or as clever as you’d find in some other titles, it does necessitate a ridiculously long load time to enter the game. Upwards of 3 minutes is simply too long to wait, and it’s something that drastically needs patching. The AI, too, feels inconsistent, as sometimes the enemy will stroll right by you, and at other times they’ll somehow spot you from half a mile away.

While I haven’t experienced many glitches or issues in the gameplay, I have had my share of trouble with the buggy, as it handles like a drunk cow doing sixty at all times, and the climbing, which kind of emulates Dying Light but can feel sluggish and frustrating, especially when you’re trying to escape a hail of gunfire and your feet are slipping on a sheer rockface like a little puppy trying to scrabble over the garden fence. Also, there’s a constant message pop-up telling you to “Hold R2 to melee or vault”, which is utterly wrong. R2 shoots, always. With no multiplayer, there’s not an awful lot to hang around for unless you’re a completionist. Most of the trophies and achievements require you to hit certain milestones in a single playthrough, so there’s replayability there, but you’d have to really love the game to go back again. Ultimately, Sniper Ghost Warrior 3 is exactly what you want it to be. It’s an open world game that doesn’t outstay its welcome, with focused objectives, but enough freedom to explore and experiment. The CryEngine ensures that the dense woodland of Georgia looks pretty impressive at any time of day, and the slow-motion bullet-cam is brutally beautiful.

Comparisons to Sniper Elite 4 are inevitable, but it’s closer in spirit to a watered-down Ghost Recon: Wildlands. As a pure sniper experience it can’t be beaten, especially on higher difficulties that force you to pay attention to elevation, distance and wind speed. Jon North might be a bit bland, but at least he’s robust enough to weather a few hits, and equipped well enough to deal with any eventuality, making Ghost Warrior 3 a decent enough action game in its own right, too. Not an instant classic, then, but one that’s well worth scoping out if you’re a fan of long-distance, high-calibre murder.

A solid effort from CI Games, Ghost Warrior 3 is a series-best, but hamstrung by long load times and a dull story.

You may also like
CI GamesSniper: Ghost Warrior 3PC