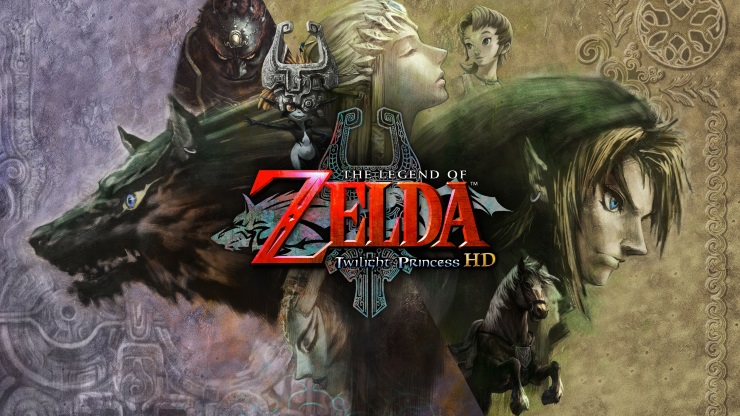 For the most part, The Legend of Zelda has had an almost perfect track record when it comes to scoring well with critics. Titles such as Ocarina of Time, Majora’s Mask, and The Wind Waker stand out in particular: mostly because in spite of being part of an overarching series, the games always managed to innovate and keep the gameplay feeling fresh and new for returning players as well as encouraging newbies with its heartfelt writing and relatable characters. Think of Majora’s Mask’s 3-day cycle, or The Wind Waker’s open seas. These were enormous mechanics which turned the gameplay on its head, and allowed the series to reinvent itself with every release.

Almost ten years has passed since The Legend of Zelda: Twilight Princess was released on Wii, in the chilly winter of 2006 — I was 10 years old. Santa gave it to me, that charming old fellow, and I had completed it before the new year rolled around. As soon as I finished it, I started it all over again. It was spellbinding and challenging, and was the game that introduced me to the Zelda series.

I’m now 20, a fair bit taller and more critical of video games — a given since I’m writing a review. I, for the most part, understand what needs to be included to make a game greatly enjoyable. Back then, I thought Twilight Princess was the best thing since sliced bread, but now? Now I know for sure that it’s one of the greatest games of our generation. Twilight Princess HD is, at the core of it all, the same game that critics raved about back in 2006. While a few things have changed to suit our modern times — amiibo functionality, pro controller support and the wonderful second screen feature — the story remains untouched, as dark and captivating as the day it was first released. Hyrule is threatened once again in Twilight Princess. We take control of Link – the series hero – as he finds a foreboding darkness spreading over the realm, turning the denizens of the region’s towns into foul beasts. When traversing the so-called Twilight Realms, Link takes the form of a wolf and with the help of an imp-like shadow being called Midna, the player is tasked with restoring light to the land and banishing the Twilight for good.

The story of Twilight Princess is one of the more mature plots featured in a Zelda game: not that it’s explicit or gory in any way, but it feels a lot more despairing than usual. Zant, one of the main antagonists of the game, is frightening looking with his metal iguana-like helmet and scream sound effect whenever he appears on screen. Cutscenes are found in abundance, doing a wonderful job of securing a steady pace and intriguing you deeper into the story. They’re cinematic and gloomy, doing wonders for the game’s hopeless atmosphere.

Midna is perhaps Link’s best-ever companion, as she humours the player with her black comedy and sarcastic wit. Her garbled vocals are adorable as she rides along on your back while in wolf form, yelping and flailing as you dash through the fields of Hyrule. Unsurprisingly, Midna plays a key role in the plot of Twilight Princess, acting as your mediator between the worlds of light and dark – and a lot of what you do, you do for her. Outshining our silent protagonist and even Princess Zelda herself, Midna is the defining character of Twilight Princess.

After mentioning the redefining features of games such as The Wind Waker and Majora’s Mask, it would be unceremoniously rude to not discuss the inclusion of Wolf Link — a lycan version of our green-robed hero that adds an entirely new dimension to Twilight Princess. When in the Twilight realms, the gameplay is significantly altered as you learn to use four legs instead of two: combat feels totally different, and canine skills such as enhanced senses and digging come into play. Eventually, you’re able to switch between Link and Wolf Link at any time, meaning later dungeons become even trickier as you have to be in the right form before you can even start thinking about any solutions. Wolf Link is the feature that sets Twilight Princess apart from the other games in the series — a unique addition that adds a mythical twist to it all.

In terms of the locales found within Twilight Princess, the game offers a variety of different dungeons and environments to be explored within its vast open world. In the non-frequent times where you’re left to travel without your trusty steed Epona, it really dawns on you how enormous Hyrule is. So much so that a fast-travel feature is included, allowing you to warp to and from various unlocked portals courtesy of Midna’s Twili magic. A selection of themed environs are also present: Snowpeak is a tundra-like precipice inhabited by a cheerful yeti; Zora’s Domain is a water-logged plummet populated by an aquatic race of fish-people; Death Mountain is a craggy summit designed to be home to a race of bulky humanoid race of rock-eaters. Returning players will recognise some of the places and faces found in-game from previous incarnations, be it the original Twilight Princess or another Zelda title. New players of the series shouldn’t feel left out, though, as you’ll quickly become charmed by the exotic races that Hyrule has to offer. The most obvious enhancement comes in the form of the crisp 1080p visuals. Fine details too hard to spot in the original’s muddy standard definition output can now be viewed in all their glory: tasks like bug-catching and fishing are ten times easier when you can actually see the creatures your trying to capture. Various improvements have been made to the UI too, allowing you to switch between regular Link and Wolf Link in a single tap without having to navigate Midna’s dialogue like in the original. A sleeker and less cluttered collection screen is present, allowing you to see the wide variety of Poe’s souls, letters, armour, and weapons you’ve collected on your travels. Second screen support is also a Godsend, and those who have played The Wind Waker HD will wholeheartedly appreciate this feature — perfect for reshuffling your shortcut items without breaking the immersion of dungeon combat.

It’s hard to fault Twilight Princess HD on anything really. Everything that the original did well, the remaster seems to do even better. It is a game enhanced for a new generation of players, with all the added conveniences of our modern consoles only improving the experience. I suppose there are the very minor graphical issues that appear in some temples when caught in a slightly awkward angle — camera getting caught in the wall, some texture clipping, etc, and fighting enemies with the GamePad as a controller is obviously not as fun as waving around the Wii remote and nunchuk like a real sword, causing all sorts of damage to the room around you, but apart from that, I’m at a loss for things to complain about.

No game is ever perfect. There will always be some error that holds it back from being an entirely flawless experience, but Twilight Princess HD is as good as it gets in terms of closing the distance. Nintendo has revived this classic title not only for Zelda diehards but for newcomers too: it feels welcoming and is one of best, if not the best title the series has to offer. If you’ve been here before, you’ll have as much fun reliving this breathtaking adventure as you did ten years ago — Twilight Princess HD is a remaster not to be missed.

Twilight Princess HD does everything its predecessor did but better, making it one of the most triumphant remasters yet and cementing it as one of the best games of our generation.