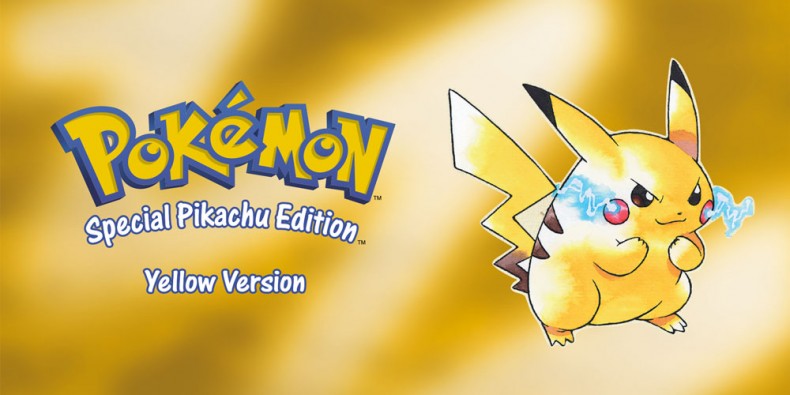 The trouble with taking a plunge into old video game territory is sometimes, those fond memories you’ve had for many years can be tarnished, tainting those warm fuzzy feelings you had for a beloved franchise. Replaying one of the three original Pokémon games after over 15 years did nothing to corrupt the resolute love I’ve had for them, and even now, the game’s just as magnificent as it was back then. Pokémon Yellow may not look as good as other JRPGs, but at its core is a phenomenally rich and involving experience. If you’ve never had the pleasure of visiting Saffron City or Celadon City, now’s the perfect time to do so.

I must have sunk an ungodly amount of hours into Pokémon Red when I was a kid. I started off with Charmander and even at the end, when we were taking on the world’s greatest Pokémon trainers, its evolved form, Charizard was the only pocket monster I would use. He was my Pikachu; we fought hundreds of other Pokémon together and our friendship blossomed over the hundreds of hours I played it. I never played much Pokémon Yellow on release, but getting to do so now has been great. Pokémon Yellow has some slight differences to the original two games. The game shares much more in common with the anime, the main difference being you can’t choose your own Pokémon at the start. You’re not given the choice of Charmander, Squirtle or Bulbasaur; instead you’re given the companionship of Pikachu: the cute, yellow and most famous Pokémon of all.

If you loved the anime, being able to have Pikachu follow you around is a nice touch; you can check up on how he is whenever you want, and you’ll be able to pick up on his mood by the way he recites his own name. It has no bearing on your progression and acts more as a reminder of the anime, but it’s still a great feature nonetheless, even if he can get in the way sometimes. Team Rocket is also in the game, protecting the world from devastation and it was such a joy to see them after all this time.

Pokémon Yellow was released on the Game Boy Colour, so those shades have been brought forward for its re-release. The colours haven’t really been improved and the minimal shades don’t really help the game to pop, but it doesn’t affect your enjoyment at all. It does look a lot sharper than it did, and the top down view hasn’t been altered, so the game remains untouched in that sense. It’s about celebrating the things that made it great over 15 years ago and to mess with it too much would be sacrilege. As you travel from city to city, you’ll encounter wild and trained Pokémon around every corner. If you traipse through tall grass or the cavernous caves, you’ll be stopped all the time to battle wild Pokémon. It can be incredibly frustrating as you fight a Caterpie for the hundredth time, but it can also be rewarding, especially if you meet a Pokémon with a high level or a rare presence in the game. There are certain Pokémon that you’ll need to trade if you want to collect all 150 originals. There are no link cables on the 3DS for you to trade with friends, but thanks to the modern wonder of Wi-Fi it makes the process faster and easier.

Battles can be thrilling and feature all of the normal traits of any JRPG, but this is the best. Combat is turn-based and every action needs to be mapped out like an intricate game of chess. You will always find a challenge along the way, mainly in the form of a boss battle in one of the many gyms. You’ll be grinding for a while, trying to raise the XP of your Pokémon and earning money for potions and anecdotes, but it all serves a purpose. There are simple equations in Pokémon you need to understand and the only way to do so is to learn the ins and outs of your Pokédex; whether you’re using electric, leaf or rock Pokémon, make sure you study what they are better used against.

I adored the anime, I bought all of the cards and I was in love with Jesse (don’t pretend you weren’t). Pokémon was a way of life and I’ll have those amazing times to forever look back on. Pokémon Yellow is just as good now as it was back then and with all of the many JRPGs that have been released over the last two decades, the holy trinity of pocket monster adventures stand higher than any of them. Nintendo has also decided to integrate all of your finds in these games to be used in the recently announced Pokémon Sun and Moon (released later this year) via the Pokémon Bank app. Whether you want to complete the Pokédex or feel the thrill of beating the Elite Four, entertain nostalgia and revisit one of the greatest games of all time.

Colours are still sparse.
Wild Pokémon battles can be repetitive.

One of the best JRPGs of all time and just as good as ever, this release cements its place in the pantheon of video game history.