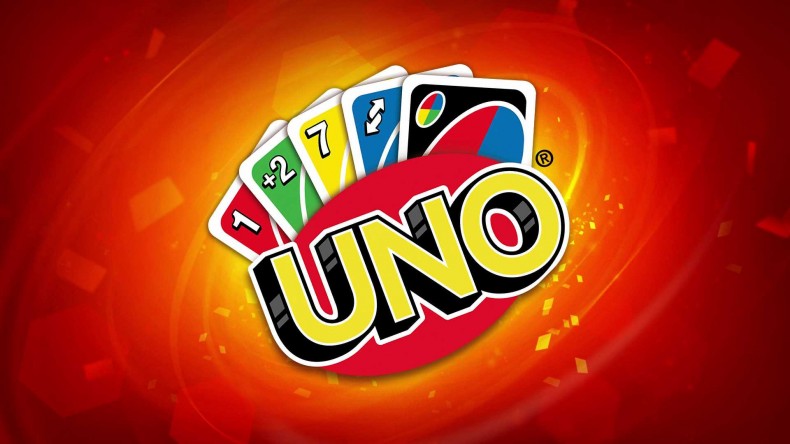 You may remember that Uno was available “back in the day” on the Xbox 360. It was an incredibly popular game for the Arcade section of the console and had a, let’s call it, specialised audience. It was so popular it was the first Arcade game to exceed a million downloads for the Xbox 360 programme, a huge achievement. Well now it is back, developed by Ubisoft Chengdu in China, but this time it’s a toned down, safer version, depending on your outlook.

Not familiar with Uno? Where have you been? It’s a wildly popular card game with simple rules making it easy to pick up and is a staple of items we take with us on family holidays. It closely resembles a few classic card games using a traditional deck so you may already be familiar with some of the mechanics.

Players are dealt a hand of 7 cards running from 0-9 across four different colours, and there are power play cards within the pack as well. The aim of the game is to divulge yourself of your hand first, declaring “UNO” once you are on the last card in your hand. You do this by matching colour or number to the last card placed down. The other players will try to do the same, while also blocking yours and the other opponents’ abilities to play by using the power cards such as “pick up two” or “miss a turn”, even changing the direction of play, missing a turn and forcibly changing the colour of the next card to be laid. It’s a fun and fast game that can be over in a matter of minutes, or can last longer depending on the luck of the draw with the cards in the pack. Uno does manage to deliver the basic elements of the card game very well. Visuals are bright and cheery with an irritating ‘”elevator music” soundtrack. There are two packs you can play with at the beginning, the classic pack and a Rabbids themed pack which contains some specific cards that change up the play. You are also presented with a number of modifying rules that you can choose to switch on or not, such as swapping hands when a particular card is placed, or stacking the pick-up cards, for example. However, as a social game Uno doesn’t quite manage to capture what made the predecessor on the 360 so wildly popular.

Ignoring the more salacious side of the 360 version, what was so great about it was that it allowed for unrestricted video and audio chat, and was actually a great way to make new friends. This newer version, however, only allows this level of contact with your existing friends. It is totally understandable why this is the case as I am sure Ubisoft do not want a repeat of the activity found on the 360 version and are trying to keep the game well within its PEGI rating, but by restricting the voice chat it makes Uno a very silent and dull game. Without the chatter, and the jibes at your opponents, card games can be quite stagnant, and as such Uno is not that compelling to play, at least in Solo mode. Once games are finished you are thrown back to the main screen to search again rather than the game lobby with the people you have just played with; another example of restricting the contact you have with other players.

More fun is had when playing the doubles matches. Here you can invite up to four friends to play with you, or just one friend and then search for an online match against another pairing. If there are no other players available then Uno will match you against bots. The bots are perfectly competent in a game of chance, and the opportunity to play and talk with your friend to strategize your way to a win lifts the fun immensely, but if you don’t have any friends you are placed in a match with a random person with whom you cannot communicate. There are a few connectivity issues as well with players being booted out of matches, or failing to find matches at all. On more than one occasion a player did not place his/her card down on their turn, and after the countdown timer the game froze on that player meaning the match had to be abandoned altogether. In a game that can take a while to play, it all feels a bit like a waste of time.

It’s hard to imagine how Uno could be messed up: it’s a simple game with simple requirements for fun, but somehow Ubisoft has managed to completely fail to understand what made the 360 version so popular. It wasn’t the nudity or the drug use, but the ability to communicate with other people on the platform, and the opportunity to make new friends. The restrictive social aspects of this version make it ultimately feel a bit hollow. There is fun to be had with your friends, but if you don’t have any that will play, you are probably better off playing the actual card version.

Uno is a great card game, however this version fails to understand the social aspects of card games. It shines if you have friends to play it with, otherwise it's a bit of a bore.