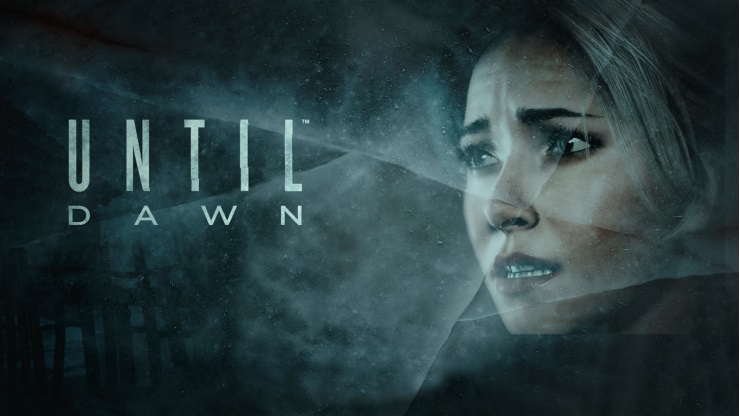 It sounds like a nightmare in itself, really: a group of rich American teenagers, full of sexual tension and the need to be seen as alpha dog. Tight fitting jeans for the girls and designer stubble for the boys; we’re essentially talking about a complete set of arseholes, or as they’re better known: the youth of today. Returning to the scene of a tragedy one year on to try and put it behind them, emotions are high, and relationships will be tested. You’ve got the complete set: the cool dude, the hipster glasses guy, the bitchy girl with the top grades who hates the attractive girl with the tight jeans (I hate to harp on about it, but man, they’re almost leather trousers levels of tight), and so on.

But they all have redeeming qualities, introduced one-by-one with a scene showing their names and character traits. It’s a bit of a shame Supermassive feels the need to be so heavy handed in giving their qualities, rather than letting the script do the work, and the first problem it faces is that (Game of Thrones-style) so many are introduced so quickly, that you’ll feel a little lost for the opening act. That’s quickly gotten under control, however, and soon you’ll be identifying with certain people, and taking a dislike to others. In a very Telltale manner, you’ll make decisions worrying whether you are doing what you would do, or what you think the character should do, which means they are well written, generally. Hitting the pause screen, you can see development between characters, too. You will switch between them as the story progresses, building relationships between the group. Each plays the same, but they all have different mini-dramas going on in their little world. Bizarrely, it’s presented in an episodic form, and like Alan Wake, you’ll get “previously on” vignettes between each acts, even if you haven’t actually stopped playing. It all adds to the feeling that Supermassive is trying to make something a bit different. The story is good, but not brilliant. It doesn’t stray too far from stories that have been attempted elsewhere, but I didn’t telegraph all of the larger narrative beats coming. There’s heavy symbology use around the butterfly effect, which links into the player choice idea, and here the choices have significant effect – some immediate, some with a longer tail.

The game that constantly cropped up in my head when looking for a comparison, was Resident Evil. It’s not an action game like Resi, but the art direction is such that each area has a fixed camera position, even down to that thing where if you walk off the screen holding “up” and the camera switches, you can end up walking back off to the previous place – though it’s not that bad. But the style works, and means that when switching into a QTE moment it doesn’t feel forced, or weird about doing so. It’s a gorgeous looking game at times, and the facial animations are some of the best I’ve seen. Better still, the eyes look right. The visual fidelity and sound design is largely responsible for the tension. Shadows dance as you explore, which is important as you spend a enormous amount of time with a torch in your right hand. Impressively, the character motions are believable, even down to each character having their own walking style. There are frame-rate issues at times (mostly outdoors), but overall, they don’t really detract from the experience and are infrequent. Although you can choose between traditional and motion controls (I went for traditional, because I’m not a monster), there are some nice uses of the touchpad. Simply swiping to turn book pages is an obvious example, but swiping across to unlock your smart phone feels right. Elsewhere, the motion functionality of the DualShock 4 is used in extreme scenes of stress, where you have to hold it still to avoid detection. These moments are superbly tense, and with the controller vibrating like a heartbeat, you’re sure to end up with sweaty palms.

If you want to be harsh, Until Dawn really does rely on you wanting to buy in to it. Suspension of disbelief is required, because this is a schlocky horror/thriller movie turned in a videogame. Jump scares are everywhere (a few will definitely get you, and you’re lying if you say they didn’t), but it’s all about building tension between the unknown horror, and the characters themselves. You’ll have to give yourself to it, because despite the motivation for being in this remote wooded location being clear to all, these people have no sense of perspective, and keep trying to scare each other at the start – it’s all very, well, Scream-like, and sometimes feels daft. It will make you feel on edge, and even provides a dark sense of foreboding as you continue forwards. The early slower moments are typical of a horror film’s build, but they are well done, and the story picks up quickly and is well paced.

Speaking of pace, it does suffer from a slow movement speed. Holding L1 makes you walk quicker, but there’s no run button and even the fast walk isn’t that quick. It’s nice to take in the scenery, especially as the lighting is so well done, but there are moments of panic that you feel would benefit from a run button. A sense of urgency is required, but not possible, breaking immersion ever so slightly. In QTEs your character will often be running, so that does create a small disconnect now and again. As the story is told, you can also find totems hidden in the environment. These offer a glimpse into the future, a few seconds at a time. Coming in different variants (some show a death, some show a possible outcome, others show the right decision to make) they are worth searching out, as they also fill out a lengthy movie which adds more flavour to the overall story. There’s also some behind the scenes documentaries included, which are worth your time after you’ve finished the story. Choosing a celebrity voice cast can be a risk, but all parties bring their A-game – even if Until Dawn does have its very own “Jason!” moment. Despite Hayden Panetierre being given the lead in promotional material, I wouldn’t call her the star of the show. Peter Stormare is exceptional, though I won’t spoil his role here. Galadriel Stineman also excels in her role as Ashley, but there’s really not a single misstep in the eight or so hours it’ll take you to get through Until Dawn.

The simplest way of describing Until Dawn without in any way spoiling it, is to say that if you like Quantic Dream’s games and think the idea of that style mixed with an “I Know What You Did Last Summer” or “Scream” style narrative would be good, you’re probably going to really dig it. It’s a hugely cinematic experience that boils down to asking you to move, pick things up, and complete QTE events, but its player choice is so dramatic that you’ll really want to play through it multiple times to see what happens should you choose differently. While some of the characters are stereotypical, the voice work more than makes up for it, and it’s a beautifully directed piece of visual design. It won’t win many awards, but it’s destined to be a cult hit, and deservedly so.

If you like Quantic Dream's games and think the idea of that style mixed with an "I Know What You Did Last Summer" or "Scary Movie" style narrative would be good, you're probably going to really dig it.