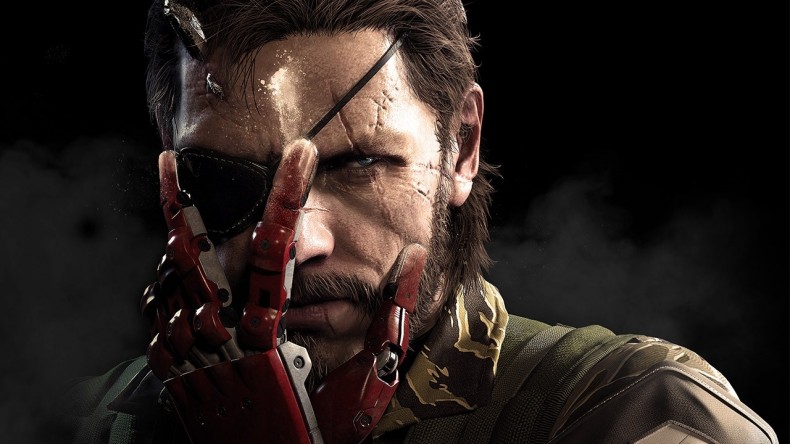 It’s the middle of the night in northern Afghanistan, I am positioned just outside of a heavily fortified and guarded stronghold, planning my next move, while also trying to locate the prisoner that must be extracted. After five minutes of searching, the prisoner is nowhere to be seen. The only way to proceed is to head in and take a closer look.

Slowly, but stealthily, I make it into the building, avoiding detection. Eventually I hear some voices in the next room. “This must be it”, I think, “they must be the guards holding the prisoner”. So I devise a plan to burst through the door and hit them with my tranquilizer pistol before they have time to react. The door swings open, I expect the slow motion bullet time to kick in, but nothing happens, then as I’m wondering what’s happened, I hear it… It’s a-Ha, or more specifically, it’s a cassette tape of their classic Take on Me playing through the radio on the desk. I had been duped by a tape recorder, and in my confusion had been spotted by a guard through an open door. Oh, and it turned out the prisoner was on the totally opposite side of the compound.

Moments like this are commonplace in The Phantom Pain, and while they may sound frustrating, they are actually the total opposite. After spending a good twenty minutes preparing (then executing) a plan only to be thwarted by an 80s pop-group, the only thing you can do is sit back and laugh; then try again. In true Metal Gear style you can take on any situation in a multitude of ways: you can sneak past, or you could knock everyone out. Going loud and participating in an all-out gun fight is also an option, although usually a last resort. If one method doesn’t work, you can try again, and it feels like almost an entirely new mission. So you can expect a lot of sneaking around, trying not to be seen (as usual), all while trying to make it to a (usually) heavily guarded person or piece of information. Whether you choose to kill, knock out, or ignore the enemies on your route is up to you, but you can be sure that if you are seen, or if a guard thinks they see you, they won’t give up searching for you for some time. There is no “it must be rats” here, the AI is smart, although still not quite all there. Running in and treating it like a first-person shooter can also work (although I found it much more difficult), and there are some times when you have to go loud, although with the right equipment you can remain unseen.

Interestingly, you’re never punished for choosing one tactic over another. At the end of each main mission you will receive a rank and a badge that signifies your play style, but shooting the hell out of everyone can often net you the same grade as not being noticed once. These scores are fairly meaningless in the grand scheme of things, but it’s nice to know that this is a stealth game that allows you to suck at stealth.

The story missions are incredibly varied. One minute you may have to extract a prisoner; the next could ask you to assassinate a militia leader, or blow up a convoy carrying vital supplies. Most of them have a great story behind them to give context, but there were more than a couple that felt like they were there to pad out the story arc until the next big event. That said, even these were set in well designed locations and would span across massive areas of the world that feel different. And from a visual standpoint, these are some of the most beautiful and realistic looking locations I have ever seen. While this may appear to be a fully open world game that isn’t really the case. Roughly once every two missions you will be forced to return to the mother base for some reason, mostly for a short cut-scene to explain an upcoming story or side mission, but it often feels like it is there to remind you that your mother base is an actual place you can go and not just something you occasionally upgrade to get better equipment. When you are out in the field you do have the freedom to travel anywhere you wish, taking out enemy outposts or looking for resources to collect. When on a mission there is an (often) large area that you must stay in to avoid failing, but when doing side quests you can roam free. Wandering around the open world between missions isn’t boring, as the side ops and relatively frequent guard posts offer interesting distractions.

Anyone that played Ground Zeroes will be instantly familiar with the control scheme, and it works just as well here. For perhaps the first time ever in a stealth game, I never felt like the controls were the reason I was spotted, and even navigating the fairly detailed menus is a breeze. Being able to choose between aiming a weapon in third or first-person by simply pressing R1 (on PS4) is an incredibly useful feature, especially when you start to develop better weapons that have custom sights.

And there are quite a few weapons on offer, although the majority are locked off until you manage to gather the required resources and people back on the mother base. If you mainline the story missions and do little else you probably won’t have all that many until the latter stages, and these are often the most useful; such as a sniper rifle that doesn’t kill, but instead knocks enemies out, or the handy decoy device. You can speed up the unlock process by Fulton-extracting as many things and people as possible throughout your travels. Initially you will be able to extract up to 12 people or objects back to the mother base without needing a resupply drop, but this is upgraded to 24 fairly early on. Sending things back to base becomes a regular habit, and using the upgraded binoculars to spot the most talented enemies to send back makes improving your mother base teams level much easier. While it sounds more like a distraction than something you would actually want to do, it becomes a key part of any mission, and is great fun when you start sending back unsuspecting Zebras. There was one stage where a mission suggested that I have a rocket launcher on me, but my R&D team wasn’t a high enough level to make one. As a result, I was forced to do a few side ops and focus on capturing those with a high R&D skill level, but this was most likely due to the fact at that time I was focusing on the story and not focus on anything else.

Phantom Pain’s story goes from being totally believable one minute (and at times shockingly close to real life events) to the downright unbelievable – yet it still remains gripping at all times. Right from the brilliant prologue section, you will be curious as to what happens next, and just when you think things are starting to be resolved it will take another unexpected turn. It’s fantastic. There are more than a few moments that are sure to please old fans but at the same time it is mostly simple enough to welcome newcomers to the series. Playing Ground Zeroes will, as you’d expect, help you understand things a little better.

As well-crafted as the main missions and story generally are, there are tons of other things to do in the world to distract you, even if you are in the middle of a mission. There’s the cassette tapes to collect (and with the tracks available you will want to collect them); there’s hundreds of side ops to keep you occupied, and you can send off some of your soldiers from the mother base away on missions that will reward you with more money and resources. Overall you can easily expect over 40 hours of gameplay here, but if you are a completionist then 60-100 is certainly a more reasonable expectation. That may sound like a lot, but you’re never bored, and the amount of variation that is available across all areas mean that if you get tired of doing one thing you can go and do something totally different and still be having as much fun, and still be advancing in some way. Although just how much spending an hour looking for the cassette tapes helps with completion can be debated.

You would struggle to be disappointed by Metal Gear Solid V. Almost everything is close to perfect, and visually this is one of the most realistic games I have ever seen (especially the environments). The gameplay never gets old and there is so much choice that no two playthroughs will ever be the same. It isn’t only Metal Gear fans who should be interested in this, everyone should be interested in this whether you have played anything like it before or not. Quite simply, this isn’t just the best Metal Gear game, nor is it just the best stealth game, it is one of the best games ever made.