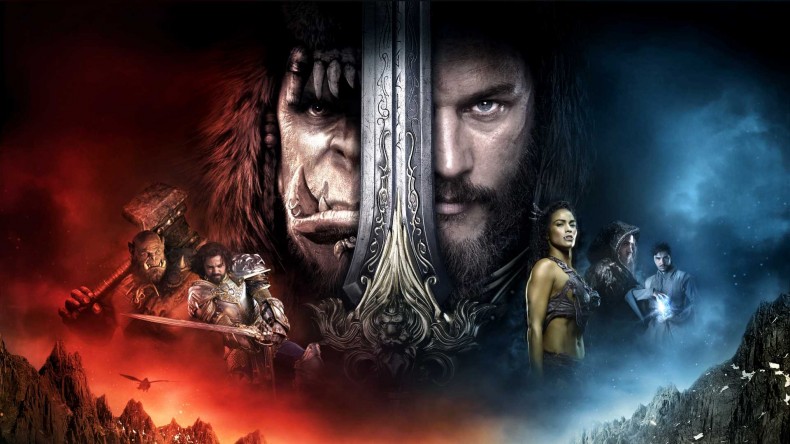 There’s a reason – well, several, actually – why some properties are considered “unfilmable”; why the pass from scribe to scribe, studio to studio, director to director, languishing in Development Hell as a conga line of decreasingly famous actors dance by with barely a second glance. One such project was Warcraft: The Beginning (now simply called Warcraft for reasons that become clearer with every passing minute), Doug Jones big budget, ambitious film adaptation of Blizzard’s legendary fantasy RTS franchise.

It’s all a bit of a flashy mess, mixing CGI with live action to the Nth degree and, occasionally, revealing split-second flashes of brilliance that are immediately swallowed by mediocrity. In its defence, it was always going to be a nightmare project to take on. The universe of Warcraft would take hours and hours for even a diehard fan to explain in real detail, and the movie has a mere two hours to cram in all the exposition and still deliver a sweeping fantasy epic.

Almost gallantly, it seems to forego most of the exposition aside a smattering of ham-fisted lines, and instead bombards us with cartoony, over-the-top fight scenes, shocking character depths that at least hint at a form of courage on the screenwriters’ part, and lots wide angle shots of CGI cities, mountains and massive, inter-dimensional gates.

The Orcs of Draenor are fleeing their dying world through a portal created by their shaman Gul’Dan, a powerful sorcerer who derives his magic from death. Sacrificing Draenei prisoners (in a sadly under-nourished species cameo), he leads the Orc clans into Azeroth, a world already replete with more than its share of fantasy races including Dwarves, Elves and Merlocs (another minor, fan-pleasing cameo). This throws them into direct conflict with the humans of Stormwind, who seem to take it mostly upon themselves to combat the relatively small army of orcs that could probably be easily defeated with a bit of interracial teamwork. Warcraft throws protagonists at you like it has them to spare. In attempting to coherently tell both sides of the story, the movie introduces two primary characters and a bunch of others that amount to far too many subplots and character arcs for a story that’s already bloated. Unsurprisingly, almost nothing is resolved when the credits roll. Durotan is the Orc protagonist, a noble chieftan and new father, who just wants his people to be safe; Anduin Lothar (Vikings’ Travis Fimmel, complete with Rothgar accent for absolutely no reason) is the human General and champion who must mount a defence against the invaders while simultaneously being best friends with the King Llane (a bored Dominic Cooper), romancing a half-Orc prisoner Gorona (a clearly perplexed Paula Paton), and keeping his sword-magnet son alive. We’re also treated to Durotan’s friend Orgrim as he moves towards his own destiny, a weird buddy relationship between Llane and Gorona, a battle of wills between Gul’Dan and Orc Warlord Blackhand, and a conflict between whiny mage-in-training Khadgar and his former master Medivh, played by Ben Foster, minus his usual wide-eyed villainous anti-charm. It’s all too much of a muchness and you end up not really caring about anyone but Durotan, whose story feels like the more compelling of the spread.

What Warcraft lacks in real substance it makes up for in spectacle and, despite being a little heavy with the CGI, rarely fails to look impressive. The Orcs – particularly Durotan – have such emotive eyes and such a powerful presence that you can relate to the awe of the human characters, even if you can’t sympathise when they get their heads caved in trying to fight something four times their size. The battle scenes are decent, and it does hit some of the more emotional beats it aims for. A couple of prominent character deaths feel weighty and brave, for example, though it’s all let down by an ending that seems to resolve very little. Bad guys die, good guys live, some other good guys die, and some other bad guys may not be all bad, but ultimately this is not a great example of storytelling. The characters whip to and fro between so many mythical places so often and so quickly that there’s no sense of scale, and the plot feels horribly forced at times.

All in all, Warcraft might be considered enjoyable by fans just looking for the service, but people who know nothing of the universe will likely find it to be just another tediously-plotted, effects-heavy blockbuster trying to cover up for a lack of brains and emotional depth with flashy battle scenes, in-jokes and bucketloads of CGI. Not a terrible film, but not an easy one to recommend, either.

Never an easy task to undertake, this is one adaptation that really should have been left in development hell.