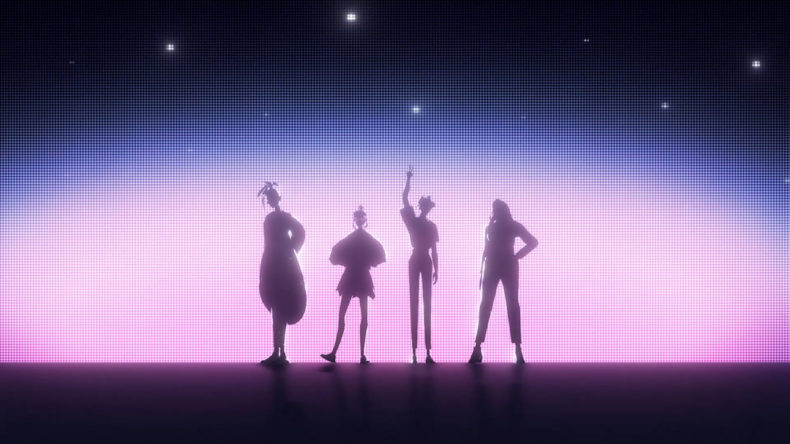 Representation in today’s frantic social media sphere is important. We live our lives through our phones, whether we care to admit it or not, and everything we consume helps to shape opinions and build a view of a world we’ll never fully understand. While We Are OFK is a narrative musical about a bunch of friends living and surviving in LA, it’s also a wonderful signal fire for those who are looking for a game that just includes LGBT+ characters without any fanfare. It’s refreshing and welcoming in video games, and offers a place to be yourself.

I don’t want to labour the point too much, but it is important that Team OFK has included a range of characters with different genders and sexualities. There’s not a point where a big deal is ever made of it, they just ‘are.’ One moment I loved was how Luca, one of the main characters, is crushing on a waitress called Queenie. Then, a few moments later, he’s getting into some thirst texting with a guy called Miguel. I feel it’s important to praise this kind of representation of normalising everyone because all that matters in the end is love is love, as corny as it sounds. 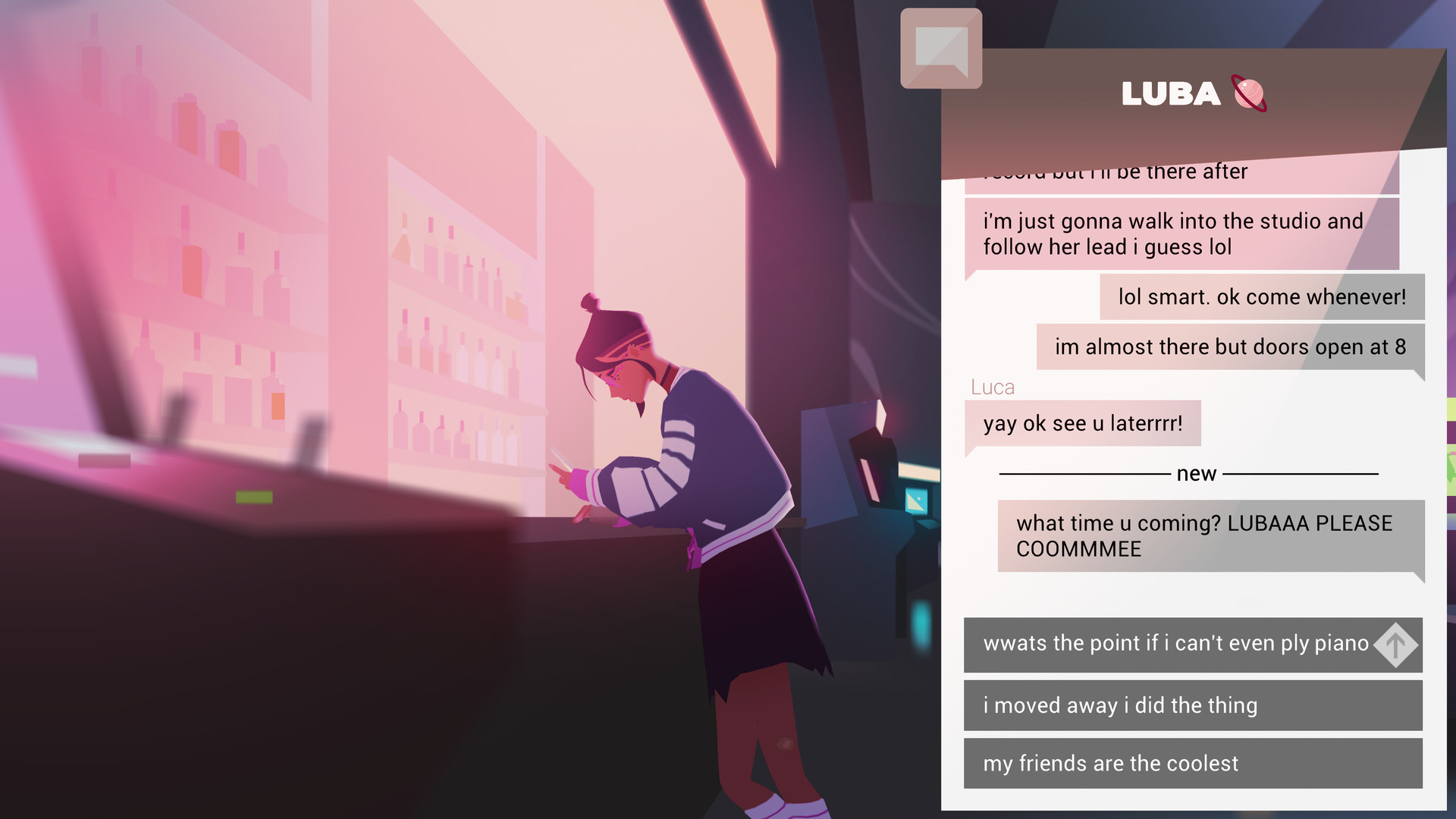 As for the story itself, We Are OFK is split across five episodes that follows four main characters who are struggling to connect, make money to pay rent, and find what truly makes them happy, whether that involves their careers, friendships, or their love lives. Itsumi recently moved to downtown LA after breaking up with her girlfriend, and she’s struggling with the changes life in a new place brings. Her best friends Luca and Carter have their own problems, and together they have to try and find happiness and satisfaction in their lives.

Luca is someone who used to write music and love doing so, but he’s found himself stuck in a games writing job he no longer loves, and Carter is a gifted visual artist who uses music to make some incredible light shows where they perform, the Kitase Club. After bumping into a talented music producer called Jey, they’re all given the chance to change their paths, but at what cost? As episodes three to five aren’t releasing just yet (three comes next week with the others coming weekly after that), I’m not going to jump into spoilers for the later stages. What I will say is what starts off as a relatively playful and funny story ends up sharing a lot more of its poignant side with some strong emotional beats.

Each of the characters all have something appealing, especially Jey as I felt the closest in age to her. I’ve never felt so old as I have playing We Are OFK. My eldest daughter, who is at time of writing is 12-years old, acted as my translator for some of the abbreviations and words used in the heavy texting sections as I had no idea what they were talking about. It didn’t stop me from getting something out of it, but shit, did I feel old. Much of the gamey moments come from responding through text or in conversations. You’re often given two or three responses, but they don’t impact the story as such, more just offer some humorous or interesting conversation opportunities. 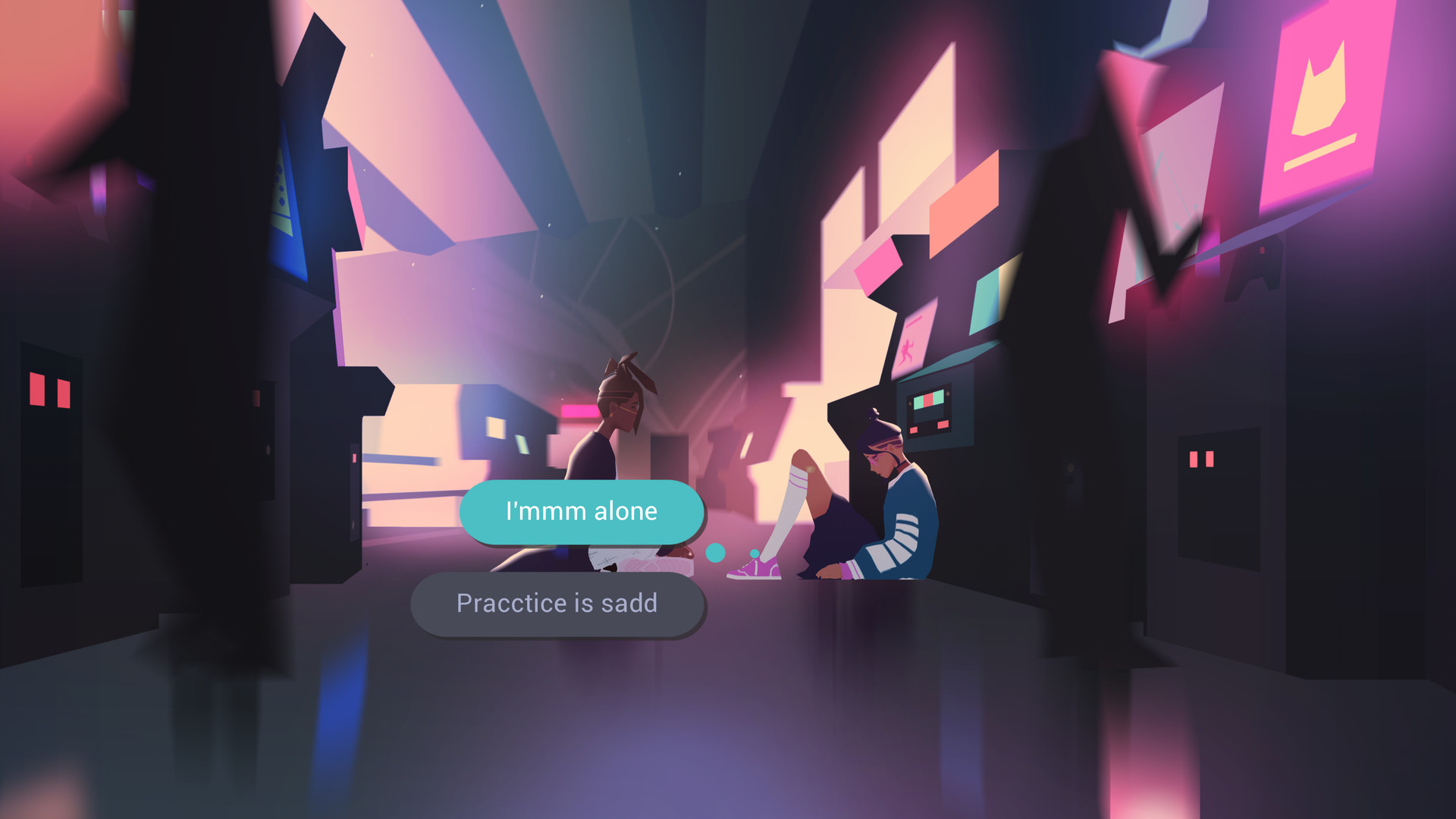 Other than being involved in these chats, you’re fundamentally watching the story unfold for most of the time. It’s not a problem if you’re enjoying it, but there aren’t a ton of gaming moments to get involved with. One of the coolest things about We Are OFK is the way it incorporated the music videos of the titular band. If you’re a fan of pop electronica, you’re probably going to like what you hear. They fit in beautifully with the narrative, and during each one you get to interact or ‘play’ through them with mini-games that flesh out the segments.

We Are OFK has some wild visuals, with some fantastic music throughout. The characters are interesting, and you genuinely care about them all being happy regardless of the struggles they face or the existential crisis they are going through. Much of the time you’re watching the story unfold, occasionally jumping in to select a dialogue option, but the writing is great even if you don’t know your IRLs from your HMUs, or what the hell a Boba is. In all seriousness, though, Team OFK has utilised a strong idea to tell a story of love and life in the modern era, using music to spread the message they want to share.

Not a lot of gamey moments
Texting sections are lengthy

We Are OFK is a poignant story of growing up in the modern era, where love and music go hand in hand to shape our futures and lives.