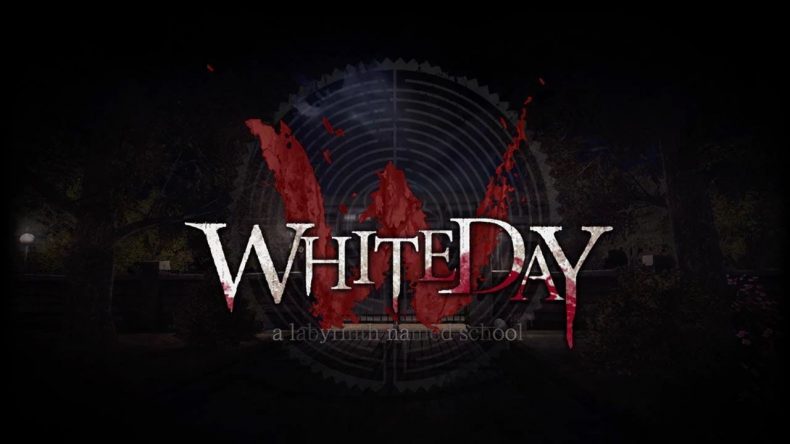 White Day: A Labyrinth Named School is a throwback to old school horror, reminding us of a time when the genre was rooted deeply in the tension and anxiety of the unknown, instead of the outright blood, gore, and violence many have become accustomed to portraying. Much like similar K-Horror and Japanese horror movies, White Day can be flat out creepy and unsettling to the point you can rarely relax, and if it wasn’t for some frustrating issues and the overuse of certain tropes, this could be a great port to PS4.

In case you’re not aware, White Day has been around since 2001 and has gone through many changes. This version is a complete reworking of the original, though the visuals haven’t aged particularly well. It tells the story of Hui-min Lee, a young lad who breaks into Yeondoo High School late at night on the eve of White Day (an event like Valentine’s Day, but celebrated a month later in the East) to leave a present there for his crush. The thing is, this high school is a little different, and things go awry in the worst kind of way. Hui-min Lee gets locked in overnight, and finds out the school is haunted. Not only that, but there is a crazy janitor intent on battering the shit out of you if you get too close, make lots of noise, or draw his attention by leaving the lights on. Both the ghosts and ghouls haunting Yeondoo will make you jump; I guarantee it. The first time I jumped was when the face of a woman popped up on the screen without any warning during a relatively peaceful moment of the game. Ever see that video when a dad lets his five or six-year old kid play that computer game, only for a bloodied witch face appear and scare him half to death? Yep, that’s pretty much what happened, and you can’t prepare for that at all.

There are plenty of other times you’ll jump, but after a while you’ll begin to expect it. Opening lockers, answering phones, and the like provide further chances to leave your skin, but you’ll begin to predict when it’ll happen. That’s not to say there aren’t other moments you won’t expect – because there are – it just becomes familiar. Playing the game on harder difficulty increases the scares, but again, you feel more uneasy reading the ghost stories scattered around than getting scared by the things you see. There are lots of these stories throughout the school and many are very well written. Text in games can be dull, but these stories are great, such as the one about the construction workers and the headless body which gave me chills. As mentioned earlier, the janitor is your main problem in White Day. You can’t get too far without bumping into him, and in the early stages you are terrified at the mere sound of his jingling keys. You can alert him by leaving lights on, running through the corridors, and getting too close to his line of sight, and when he knows you’re there, you better make sure you’re ready to run. He’s fast for an old dude, and it’ll take quite a while to get rid of him. You can slow him down by closing doors behind you, and getting into a toilet cubicle or room without him seeing you can throw him off your tail.

The main problem with the janitor is he can be too much of a challenge. You can head to the second floor of the school after avoiding him downstairs, only for him to already be there a few rooms away – it’s not realistic. Also, he can freeze in one place, making it impossible to progress. I had him blocking the doorway to a save point, and after going away exploring, and coming back to that point ten minutes later, he was still there. It became more of a frustration than anything else, ruining the tension the game had done so well to produce.

At its core, White Day is a first-person survival horror, and you have no weapons or means to fight – running and escaping, much like Outlast 2. There are some tough puzzles to solve throughout, some reminiscent of the kind in Resident Evil and Silent Hill, requiring a lot of patience. Some are timed, which make frustrations rise when you’re struggling to work them out, but most are solved by using simple logic. There are some you’ll get annoyed with because they aren’t as clear as they could be; I spent over an hour trying to solve one that required me to find a passcode, but every time I went to the place it required me to go, it wasn’t there. I found out why in the end, but it wasn’t clear and caused a lot of irritation. It feels like an old game, despite the upgrades, which isn’t a complaint as such; I just would’ve liked more polish to some of the hindrances I encountered throughout. I appreciated the way you save your game via felt tips pens – think ink ribbons in Resident Evil – and some of the dialogue is funny in the same way it was back then. Looking at objects in the environment requires you to click on them, then once focused, use the stick to move around the object, but it feels unnatural to look this way. It becomes annoying when looking in drawers for things, and could’ve been done a bit better.

This game is a reminder of how horror used to be done, and for a while it’s a welcome return to a familiar era to the gene, but after the scares become old, and the janitor becomes more of a hindrance than a threat, the game begins to grow tiresome. Your objectives aren’t always clear, either, so sometimes knowing what to do next will be lost on you. It’s still worth playing, especially if you’re a fan of Korean horror, but maybe stay away if you prefer your scares more polished and calculated.

Scares are varied
Puzzles can be testing

It's good to see the cult classic on PS4, but there are certain flaws you can't excuse, and tropes which become overused after a while.