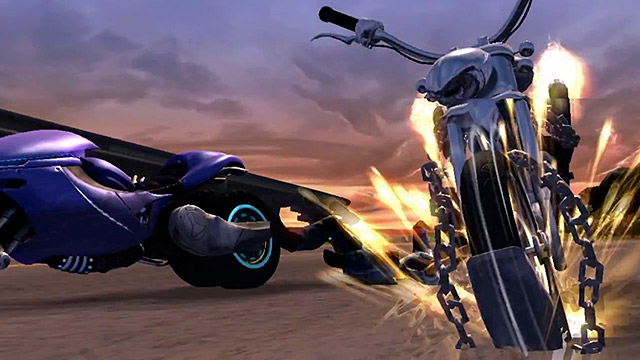 Twisted Pixel have just revealed that their much anticipated new creation LocoCycle is to be a Xbox One launch title, so those of you chomping at the bit to get hold Twisted Pixel’s next game will need to pick up a shiny new Xbox One on launch day. Worry not, though, as an Xbox 360 version will be along at ‘a later date’.

LocoCycle sees the player cast as a martial arts wielding assassin motorcycle, I.R.I.S., who has become self aware and accidentally drags her engineer friend on a country wide search for freedom. Sounds insane, right? We would expect nothing less from Twisted Pixel!

LocoCycle will be a digital exclusive on the new Xbox One, at least until the Xbox 360 version rolls around. Check out the trailer below, and keep it tuned to GodisaGeek.com for all the latest on LocoCycle.

Hello! I'm Jonny, gamer since 94' thanks to my trusty Super Nintendo, hooked ever since. Consider myself to be a casual gamer, but to be honest I'm just kidding myself. Nintendo fan boy, Formula 1 and Saints FC fan.
MORE LIKE THIS
LococycleTwisted PixelXbox One