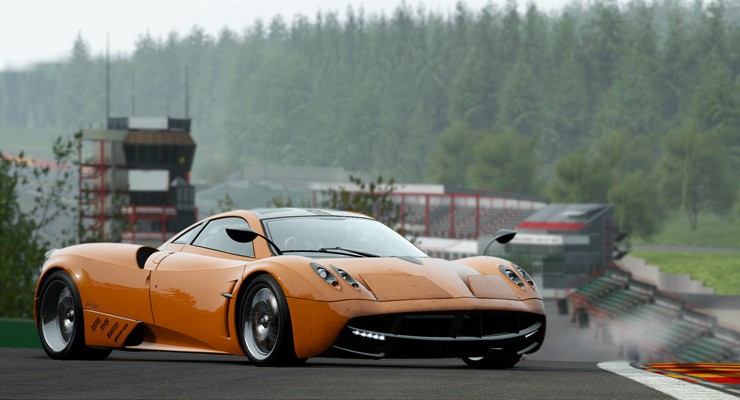 Yep, I thought you would want to read all about this one. Namco Bandai have bitten the bullet and decided to delay the launch of Project Cars on Xbox One, PS4, Xbox 360 and PS3 until March next year. The reason? To avoid clashing with other big hitting games in the busy run up to Christmas. They say they it also gives developers Slightly Mad Studios more time to polish the game, but it is safe to assume that it is pretty much done given that the original release date is just weeks away.

For those that were desperate to pick up Project CARS, the decision to delay the racing sim will be a bit of a blow. For those that have a pile of game shame as high as a giraffe? Maybe this is good news.

“Our goal has always been to deliver a landmark title that encompasses the wishes and desires of racing fans from all around the world; something with features and content powered by the community that provide a truly unforgettable and pioneering experience” said Ian Bell, Head of Studio at Slightly Mad Studios. “Whilst a tough decision to make, the change in release date allows the game the greatest chance of success and visibility, and the opportunity to polish the game even further to the high standards that both ourselves and our community demand and expect. We’re eager for you all to see what we’ve been working on in just a few months.”

Who knows, maybe the Wii U version will now launch a the same time as the others? Wii U inclusion for the win! UK gamers can now expect to see Project CARS March 21st.

Annoyed by this? Happy or indifferent? Let us know in the comments section below.